40 years ago, tragedy served as catalyst to enact positive change in Longmont

“The founders of El Comité created a space for community to come together and work for fairness and equal treatment that has lasted for longer than I’ve been alive. They inspired me and an entire generation of Latinos in Longmont and throughout Colorado."
Aug 14, 2020 1:24 PM By: Macie May 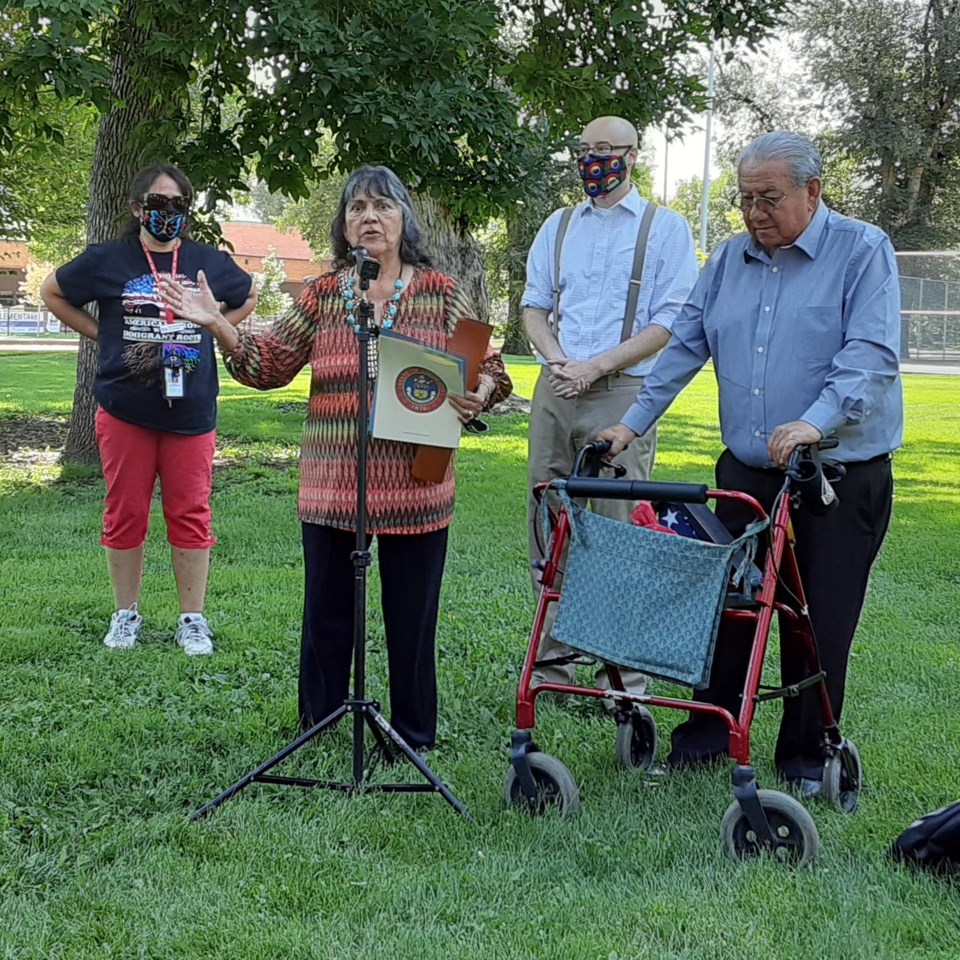 Today marks the 40th anniversary of one of the most impactful moments in Longmont’s recent history. It is the anniversary of the fatal shooting of Jeff Cordova and Juan Garcia by Longmont police. The event shook the city and inspired an entire community to enact positive change.

Forty years ago today, the Cordova family was celebrating a family wedding. It was a happy time full of love and laughter. Two young men, both 21, went out for ice but never came home.

“It was on a Saturday and they were going out to get some more ice for the brother, Dean, who had got married that morning,” said Victor Vela, founder and former president of El Comité.

The young men were shot by a rookie police officer while out on the errand. None of the sources who were available to be interviewed could recount what led up to the incident that prompted the shootings and the family could not be reached.

According to an Aug. 15, 1980 Longmont Times-Call article, Boulder County Chief Deputy District Attorney Peter Hofstrom said the vehicle was pulled over because an “observation of one of the officers involved led him to believe (the occupants) were doing something he thought warranted him to stop the car.”

“I found out about it on the following Monday. I was shocked like everybody else was because I had known the Cordova and Garcia families all my life,” Vela said. “They felt I was somebody they could call and maybe help them out.

“After I got off of work I went down there to their house and, of course, there were still a lot of tears, everybody was still in shock. They didn’t know what to do or who to contact to get to the bottom of what was going on,” Vela said. 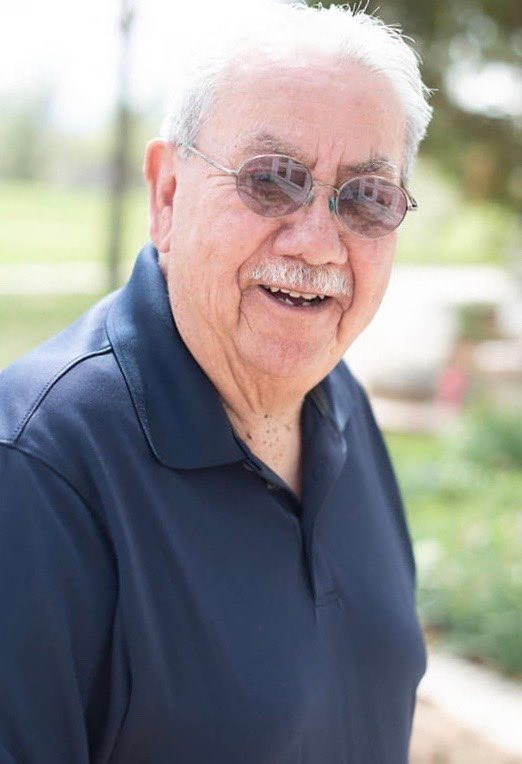 Victor Vela was among the founders of El Comité de Longmont.(Photo courtesy of the Vela family)

He went home to ponder how to help. Vela decided to use his community connections to form a group of eight individuals that would come to be known as El Comité de Longmont. This group included Vela, Marta Moreno, RIch Lathrop, Freida Garcia, Esther Blazon, Rich Mendez, Ed Navarro and Tony Tofoya.

“Longmont at that time was very, very discriminatory and it had been forever, if you look back on the history of it,” said Dan Benavidez, former Longmont City Council member and mayor pro tem.

The same Aug. 15, 1980 edition of the Times-Call reports that Frank Garcia, Juan’s brother, said “he called the U.S. Department of Justice two weeks ago concerning alleged harassment of Hispanics by Longmont police.”

Tensions began to mount leading to 100 Latino community members and allies gathering in Kensington Park. The gathering was arranged for people to learn what to do next. The Times-Call reported that Leo Cardenas, regional director of the community relations service of the Justice department, relayed an impression that “there’s almost no one in the system they have faith to turn to if they feel they’ve received unequal treatment.”

The leaders of El Comité were noted in several 1980 newspaper articles for keeping the Hispanic community calm during talks with the city. Those talks included discussing a list of demands for the city that included police stop harassing Hispanic residents, more training for police officers in Hispanic culture and that a fluent Spanish speaking ombudsman be established in the police department.

The efforts of this group, especially leaders Vela and Moreno are being recognized today by Gov. Jared Polis in a proclamation declaring Aug.14, 2020 as Victor L. Vela and Marta Moreno Day.

“The founders of El Comité created a space for community to come together and work for fairness and equal treatment that has lasted for longer than I’ve been alive. They inspired me and an entire generation of Latinos in Longmont and throughout Colorado. Now, as we face a reckoning in America over systemic racism, justice, and equity, I salute Vic Vela, Sr. and Marta Moreno and thank them for all the tools they have given us to continue their fight hacia la justicia (towards justice),” state Sen. Julie Gonzales of Denver stated in a news release.

Vela and Moreno also were honored at a ceremony today at Collyer Park, at which they were awarded the governor’s proclamation as well as Colorado and U.S. flags that were flow at the state Capitol. Among those in attendance were Longmont City Councilwoman Susie Hidalgo-Fahring and state Rep. Jonathan Singer.

Hidalgo-Fahring, Longmont's first Latina city council member and liaison to the El Comité governing board, requested the proclamation and was instrumental in Polis' proclamation recognizing the organization's founding members Moreno and Vela, according to a city news release.

El Comité’s efforts in 1980 were just the start to change that began with the city forming the Community Relations department, which has since merged with Neighborhood Resources. The departments have evolved to provide conflict resolution services and capacity building and problem solving within neighborhoods, said Carmen Ramirez, community and neighborhood resources manager for Longmont.

The city also has continued serving as the ombudsman to the Latinx community as well as other communities in Longmont, Ramirez said.

“We try to help people to navigate systems and understand systems and empower them to have direct communication whether that is problem solving a conflict or simply connecting them to a resource,” she said

Ramirez looked back at the history of Longmont to understand its cultural background.

The deaths of Cordova and Garcia gave people a foundation” to begin to do social advocacy, social justice work from different angles” and sparked the realization that something needed to change for the benefit of youth and community as a whole. It prompted questions about “how do we facilitate bringing people together, how do we provide resources for needs and how do we empower those communities to have a voice at the table,” she said.

Additionally, the Longmont Police Department changed the way it operated while under the direction of former Public Safety Chief Mike Butler.

Butler at the June 2 Longmont City Council meeting said, “the actions of one police officer can upset the equilibrium of an entire community.” He was referring to the May 25 death of George Floyd, who was killed during an arrest by Minneapolis police. Butler also spoke in detail about the progress the police department has made since the shooting of Cordova and Garcia.

Many of the demands El Comité asked of the city in 1980 became the foundation of how the police department has approached policing during Butler’s tenure. Butler was not chief at the time of the shootings, but assumed the post in 1994 and held it for 26 years before retiring in July.

Jeff Satur, deputy chief of police, said it would be unfair to discuss how things were in the police department in 1980, since he nor anyone else at the department was on the force then. He did say the Longmont Police Department now “values training, values relationships and it values connecting with the community. We expect officers to build relationships with the community.”

Ramirez said, “When it comes to social justice and equity, I think what is a challenge is that as a whole, the country, as a state or at a local level, we have yet to figure out how we operate with equity on a daily basis. It gets treated as a separate component. An incident happened, let’s do diversity training, let’s do implicit bias (training), but if we’re not practicing that on a daily basis that’s where we could have a repeat of history.”

El Comité’s mission is “to facilitate communication and understanding within the community to improve social justice, education and economic status for the Laitino and non-Latino members of the community,” according to the website.

Over the last 40 years the nonprofit has grown from the work that began to make Longmont accepting of the Hispanic community after the deaths Cordova and Garcia to taking on a more multicultural approach. It now works with more than 2,000 unduplicated clients to improve education opportunities and to increase self-sufficiency by providing English as a second language classes, citizenship classes, translation services, notary services and more, according to Executive Director Donna Lovato.

“People trust El Comité, they trust the staff here, and so they won’t go to mental health but mental health comes here,” she said, adding it is often difficult for people to seek mental health assistance.

“Things are very negative in our world now, but our community has totally stepped up to help people in our community with whatever they need. I am just really proud to be working here in Longmont,” Lovato said.

Lovato said she is eager to celebrate El Comité’s 40th anniversary with a big party, but such a celebration is on hold right now because of the coronavirus pandemic. When it does happen, the party also will celebrateMoreno’s retirement after her service to the organization for the last 40 years.  Moreno last month announced her retirement, but said she still plans to stay involved in community issues. 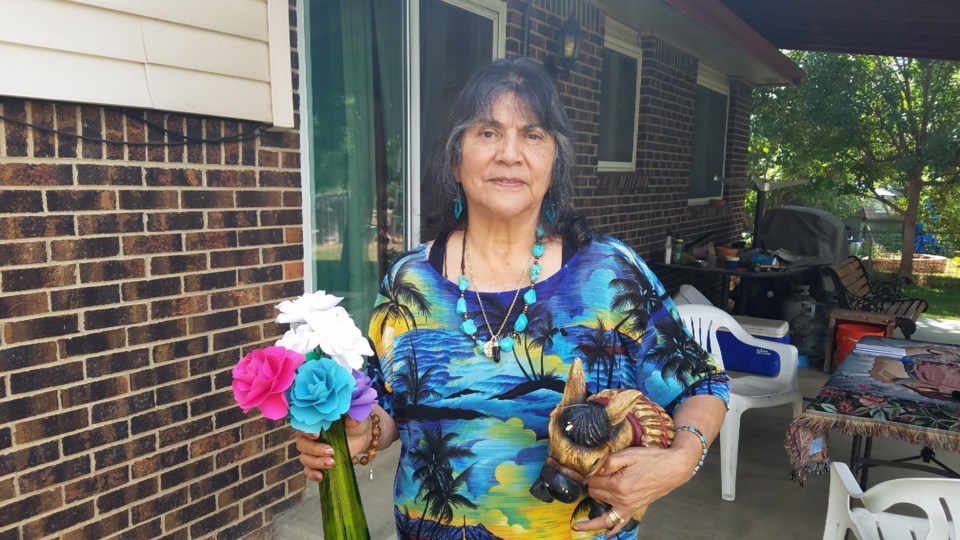 Marta Moteno outside of her Southmoor Park home. in July She is holding a stone replica of a burro. Burro is a nickname she was given years ago.(Photo by Monte Whaley)

Moreno on Wednesday said although she is technically retired she isn’t going to stop. If people call “I’m not going to say ‘no, I’m retired.’ I’m going to go help them. That’s just me.”

Although born out of the loss of two young lives, “El Comité has been the consistent thread that in a way has been that consciousness to move us to action,” Ramirez said.

Colorado lawmakers OK COVID-19 aid, say more is needed
Dec 2, 2020 2:36 PM
Comments
We welcome your feedback and encourage you to share your thoughts. We ask that you be respectful of others and their points of view, refrain from personal attacks and stay on topic. To learn about our commenting policies and how we moderate, please read our Community Guidelines.