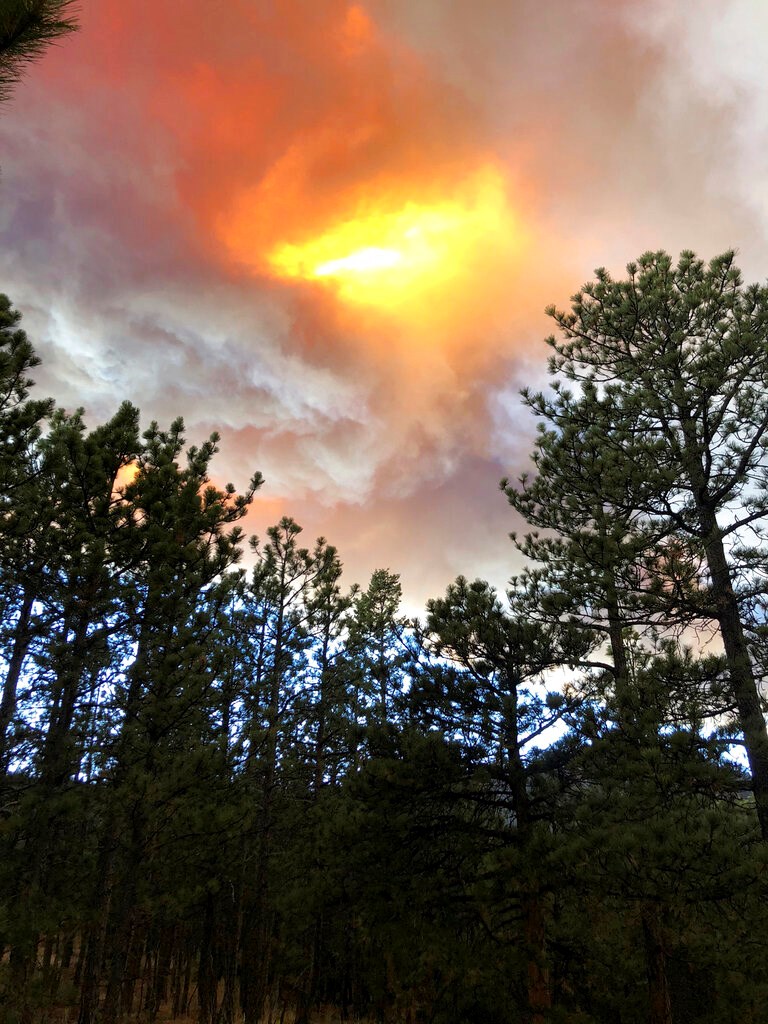 This photo shows a loomup from the Cameron Peak wildfire on Wednesda. (Thornton Streeter via AP)

People along U.S. 34 in the scenic Big Thompson Canyon — an area ravaged by flooding that washed the road out in 2013 — were in imminent danger and should get out immediately, Larimer County authorities said.

U.S. 34 was closed to non-emergency traffic, cutting off a major route to Estes Park, population 6,400, as well as the national park.

Firefighters focused on protecting homes in and around Drake and Glen Haven, an area with hundreds of cabins perched on heavily forested slopes and ridges.

The wind, however, kept not only slurry-dumping airplanes from flying but aircraft that gave firefighters a view of the deteriorating situation from on high.

A voluntary evacuation zone extended as far as the Carter Lake area 8 miles west of Loveland for people who needed extra time and were advised not to wait for a dire emergency to leave.

The fire sent thick smoke into Fort Collins and prompted evacuations all the way to Horsetooth Reservoir on the city's western edge. Partly because of the reservoir, the city of 168,000 wasn't considered at risk, though schools for a time kept children indoors amid alerts for poor air quality.

Smoke also reached into Longmont and further south to the Denver-metro area on Friday afternoon.

It started in mid-August in the high country 30 miles west of Fort Collins and has persisted despite getting over a foot of snow on Labor Day. It was over 50% contained before this week's flare-ups.

Twenty-five miles to the north of the Cameron Peak fire, firefighters also were watching a windy forecast at the Mullen fire on the Colorado-Wyoming line. The fire has grown little this week despite the recent wind.