Capitol Letters — Doing what we can about firearm safety

There’s always an emotional reaction when a mass shooting or a series of mass shootings goes down.
Apr 18, 2021 1:00 PM By: Marcia Martin, guest opinion writer 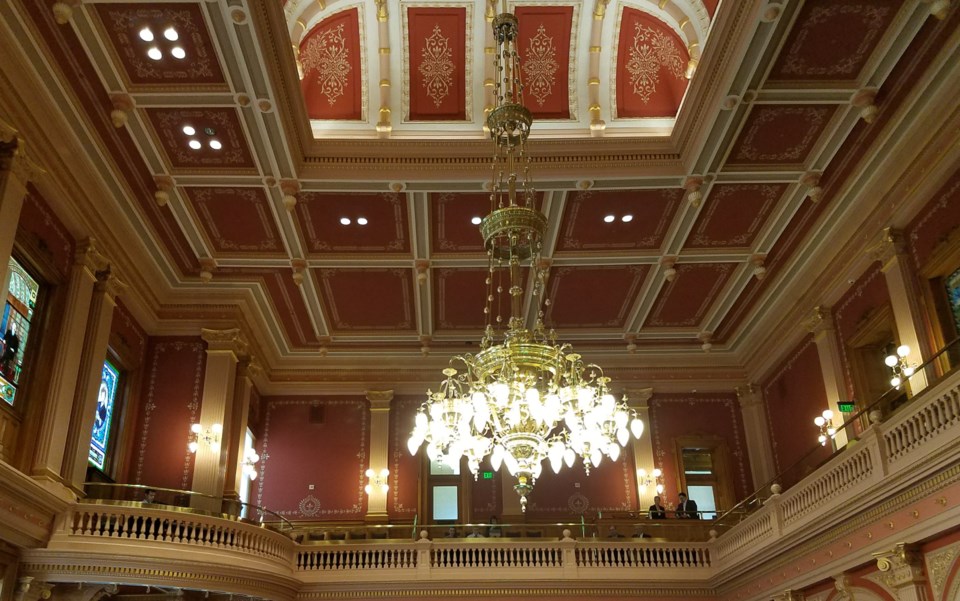 I don’t want your guns. A mass confiscation of legally acquired private property is not something that should happen in a free and democratic society.

The flurry of legislative proposals introduced after a mass shooting is inevitable, as legislators great and small rush through the window of opportunity that the sensation creates. That’s not wrong, it’s just practical. If someone has a proposal they believe in, now is the time.

But, that wouldn’t have stopped the shooting!

This time, I myself stuck a toe through that window of opportunity. I introduced a tiny motion to direct the Longmont staff to look into whether we should further restrict concealed carry of firearms on city property and otherwise protect the city workforce. My motion passed 5-2.

It specified no outcome or required delivery date. It simply gave the city of Longmont staff permission to look into the matter at their own pace. They might only spend three hours on it. They might decide it was a good idea and bring back a plan. It happens to involve the only firearms regulations a home-rule city is authorized to enact under Colorado state law.

Longmont’s city workers are hugely burdened by pandemic duty, the matter of the Longmont Housing Authority and filling in for Boulder workers who are dealing with the aftermath of the King Soopers shooting. I thought they’d like to know we care about their safety.

Some people objected by stating, “but it wouldn’t have stopped the shooting!” Well, no. In a country with more guns than people, no one law can stop the shooting. Metal detectors on city property might prevent a future shooting at a concert in The Stewart Auditorium or a dance at the senior center. Or they might just get some people to leave their guns at home more.

What is the General Assembly doing?

The Colorado State Legislature has been smart about firearms legislation. No performative, unenforceable bans. Two measures have passed that will do some good. They won’t stop mass shootings, but could do a lot to prevent accidents, lethal domestic violence and suicides.

SB21-078 Lost or Stolen Firearms, sponsored by our own Senator Sonya Jaquez Lewis, requires any lost or stolen gun to be reported to a law enforcement agency within five days of the discovery of the loss or theft.

Now that’s good sense. There’s every incentive for a gun owner to comply! Who wants to be blamed for a crime committed with their gun, by someone else? SB21-078 has been sent to Gov. Jared Polis for his signature. It will be known as the "Isabella Joy Thallas Act" after a Denver woman who was killed with an unreported stolen weapon.

HB21-1106 Safe Storage of Firearms makes it an offense to store firearms unsecured where they might become available to a minor child, or where they might be accessed by a person who is not eligible to possess a firearm under the law. This bill has also passed both houses of the General Assembly.

Folks who keep firearms for protection object to storage laws, saying that if someone invades their house they couldn’t arm themselves fast enough. I don’t believe it. There are biometric gun safes available that fit on a nightstand. A secure storage law needn’t endanger householders.

So here are two laws and a modest proposal —mine — that might make gun ownership safer. It’s undeniable that the United States has more accidents, suicides and homicides with guns than any other nation, per capita, that’s not in the middle of a shooting war. I don’t care how many guns people keep in their basement, their den or on their nightstand —with a lock. I just want fewer shootings.

Everyone, especially those who value firearm ownership, should work for fewer shootings.

We’ve talked about three measures that won’t end mass shootings. Each might prevent some deaths. None of them infringe any personal freedoms. None of them are coming after your guns. There are plenty more laws like this waiting to be passed. My personal favorite is a waiting period for gun sales. That one might have prevented the Boulder shooting. I also like civil laws that require training and insurance. Laws like that made driving safer. Why not guns?

This week’s bills have already passed. But you can be your own legislative watchdog. At leg.colorado.gov there’s a search box right at the top of the page. You can enter any keyword that interests you, and see a list of recent bills that touch on that subject. Look for the ones that start SB21- or HB21-. Those are this year’s bills.

In ordinary times, anyone can go to the Colorado State Capitol and watch the legislature work and debate. Anyone may speak their mind on a bill being heard in committee. This year, that’s still limited, but you can participate remotely.


The House, Senate and committees are available by streaming video online here: http://leg.colorado.gov/watch-listen. Here’s how to sign up for remote testimony.