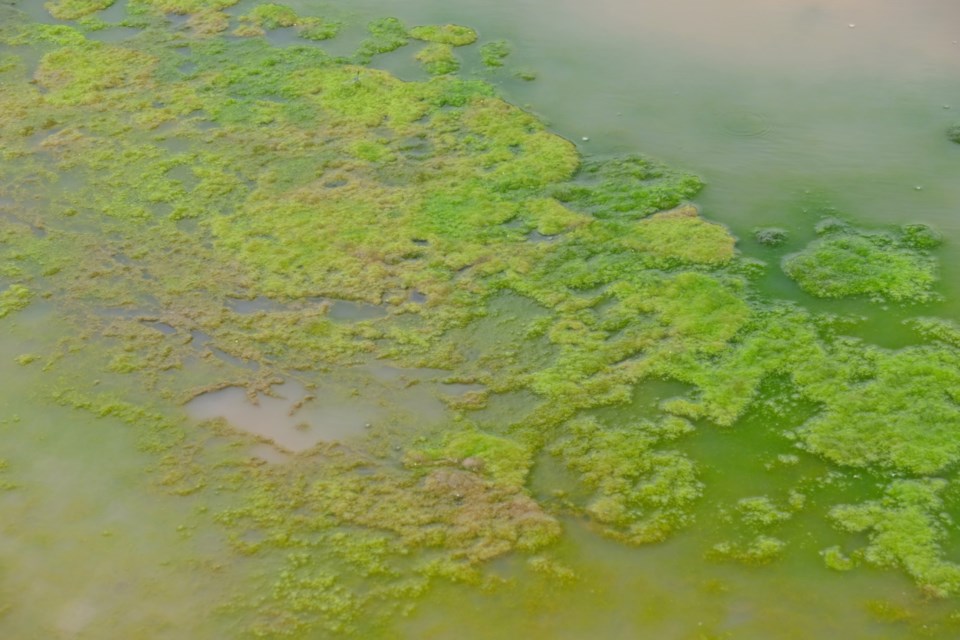 With the hot weather, people are enjoying the many lakes and rivers Colorado has to offer. But they should be cautious. There is something potentially deadly lurking in Colorado’s waters, particularly in stagnant or slow-moving water. That something is blue-green algae.

Although usually thought of as plants, blue-green algae are actually a type of bacteria known as cyanobacteria and are not actually algae at all.

According to the University of California at Berkeley, these bacteria are capable of photosynthesis just like plants, which means they make their own food.

Despite their microscopic size, colonies of blue-green algae can grow large enough to be seen with the naked eye.

Blue-green algae are one of the oldest known fossils on earth. Not only can they be found as fossils, but similar species still exist and are one of the largest and most important types of bacteria.

Cyanobacteria, like blue-green algae, are actually very important for the ecosystem. They support the growth and health of many types of plants. They do this by taking nitrogen from the atmosphere and converting it into something plants can use, such as nitrate or ammonia. The plants then take up this form of nitrogen through their roots. Blue-green algae have special cells called heterocysts that perform the task of converting nitrogen into something usable by aquatic plants.

Some strains of blue-green algae are actually red to pink in color, depending on what type of pigment they contain.

Whether blue-green algae are toxic or not depends on the strain. People in various parts of the world consume spirulina, which is a type of blue-green algae. It is an especially important food source in the tropics because it is high in protein and grows quite easily. In the US, we think of it as health food.

But other species of cyanobacteria can produce toxins that range from mildly irritating to deadly. Some, such as blue-green pond scum, can be deadly to livestock, as well as to dogs and people.

One species is responsible for “swimmer’s itch,” a general name for a rash that can occur after being in water with blue-green algae or other parasites.

Another factor in the toxicity of blue-green algae is its abundance. Blue-green algae species occur normally in Colorado, but may become toxic when a “bloom” occurs according to the Colorado Department of Public Health and Environment.

Blooms are the result of rapid reproduction in blue-green algae due to excess nutrients and high temperatures, allowing the algae to outcompete other species. Blooms typically occur from June to September in Colorado.

You can’t tell that algae are toxic just by looking at them, but their appearance will at least give you some clues that the algae might potentially be toxic. If the algae appear stringy or mustard yellow in color, they likely aren’t toxic. The yellow color is probably due to pollen. 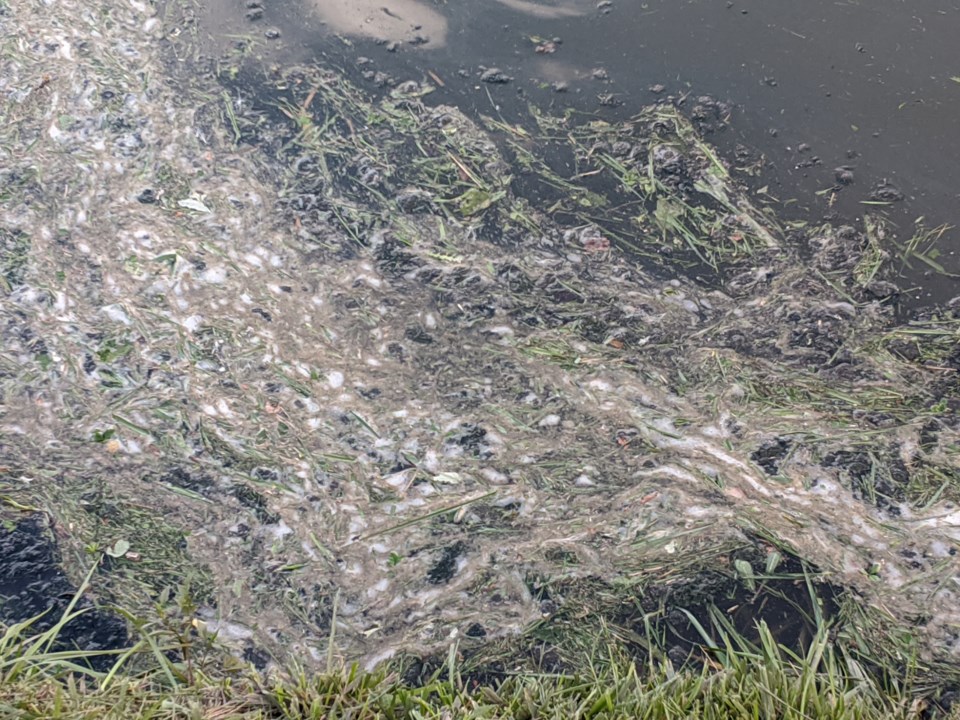 Foam along the shoreline (Photo by Christi Yoder)

However, if the algae look like pea soup, spilled paint, or creates a layer of foam at the shoreline, it could be toxic. Toxic algae tend to be green, red, gold, or turquoise in color. When in doubt, stay out!

Toxic algae can cause liver and skin problems in humans as well as affect the nervous system.

Exactly which effects algae have depends on the type of algae and the toxin they are producing.

To be exposed, one must either have ingested infected water or had skin contact with infected water. If you suspect you have been exposed to toxic algae and are experiencing any of the following symptoms, you should contact Poison Control (1-800-222-2222) or your local healthcare provider.

Dogs can also be exposed when they drink water from lakes and streams or go swimming. If your dog is exposed, don’t let them lick themselves off. Instead, rinse them off with clean water and wear gloves to avoid exposing yourself.

New York Sea Grant, one of 34 university-based programs under NOAA’s National Sea Grant College program has a list of the effects of toxic algae on dogs. Signs of exposure to liver toxins include vomiting a green liquid, diarrhea or bloody stools, loss of appetite, jaundice (yellow eye whites or gums), abdominal swelling, bluish tint to the skin, and dark or no urine.

Exposure to neurotoxins can cause stumbling, seizures, convulsions, excessive drooling, inactivity, and difficulty breathing. Skin toxins will cause either a rash or hives. Your vet should be contacted immediately if you suspect exposure and your dog has one or more of these symptoms.

Summer is a wonderful time to spend on or near the water. Take precautions so that you don’t accidentally expose yourself or your pets to toxic algae.

About the Author: Christi Yoder