Having recently moved my family from Chicago to Longmont, Colorado, well, what can I say – I miss the sirens. Every four minutes, I wonder if I’ve gone deaf. Back at CU, approximately a hundred years ago, I referred to this place as Longtucky.
Oct 7, 2017 10:30 AM By: Longmont Observer 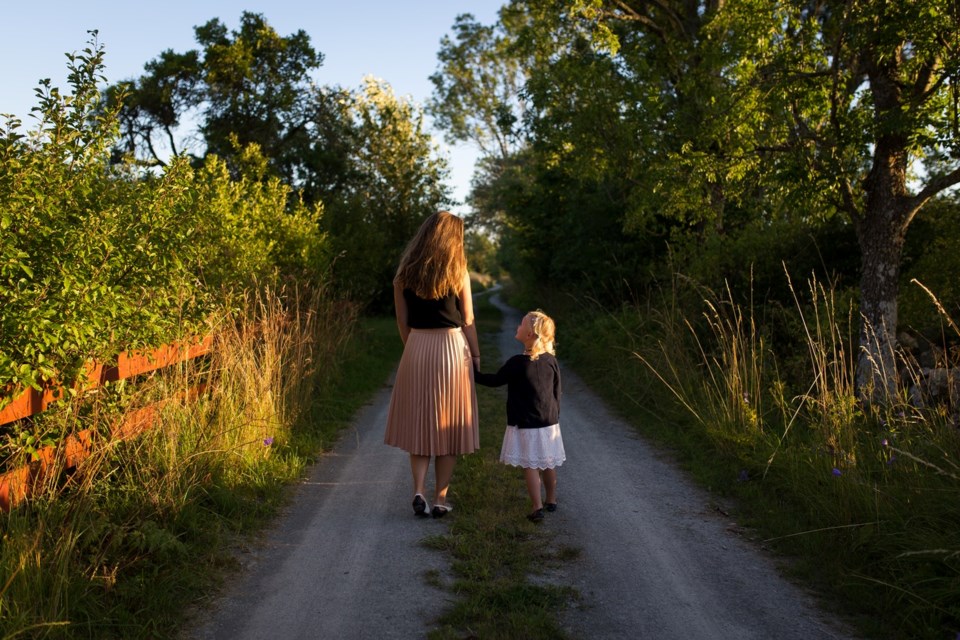 Photo by Jon Flobrant on Unsplash.

Having recently moved my family from Chicago to Longmont, Colorado, well, what can I say – I miss the sirens. Every four minutes, I wonder if I’ve gone deaf.

Back at CU, approximately a hundred years ago, I referred to this place as Longtucky. As a student, I generally had no use for anything I couldn’t walk to or that I couldn’t see from my bar stool. Off campus was “clear out there” and Longmont may as well have been Maine. After all these decades, I was to become a resident, and, as it turns out, a huge fan not only of the ‘Tucky, but also demolition derbies. All I needed was to blend in.

Considered uptight by locals, and the complete antithesis of my husband, I was still in the habit of locking everything. He routinely leaves his wallet and phone in his unlocked car. Where I come from, there are some who’d smash your car windows for the hairy coins cemented to the console with gatorade and melted Certs. Hell, if the Certs were still edible, they’d take those too. In Longmont, I could put the mints in the middle of the street and  motorists would drive around them.

With crime solved, I looked for something else to Mom about. You see, I have two grade-school aged children. Of course I do. One doesn’t move to Longmont for the singles party scene. Mine have just reached the two or three-decade long phase where they are mortally embarrassed by everything I do. Though they have not earned this right as they did not grow up in the 70s and their mom does not have a perm or drive a Pinto, apparently, “awkward” has evolved to include sleepwear. Jeez.

So, for their sake and though I know better, for the first month of school I primped before walking my kids to their classrooms. I didn’t want them to get taunted for the state of my pajamas. It also seemed from initial impressions that all of the Colorado mommies wear tennis skirts or, skirtlettes for dropoff and pickup. Of course they do. Because, those legs!

I don’t have a tennis ball, not to mention a tennis skirt - the only legal way to wear something that short, just sayin’ - but I thought, at least, I should be clean and outfitted in something sporty, as opposed to my blankie, bed head and sneakers, a-la-Chicago. I think the camo hat and hunting vest went over nicely. My son’s flip flops were a last-minute thing to prevent me from going barefoot as we hustled out the door.

At the same time, here, I don’t actually need to walk my kids to school. We live about eight seconds from its front door. But in Longmont, two kids, outside, minus a mommy is bad form. In Chicago, the rush hour buses are packed with mommy-less kids starting at six years old.

That’s the bus. Walking in Chicago has different rules. You have to walk with your kids to school, if you want to have any thought other than “what if,” on a loop for seven hours until you see them again. The what-ifs range from scenarios in which the kids got distracted by an Adult Toy Store on the way to school, caught up in a game of shopping cart GTA outside Target on the way home, or that they have been kidnapped by an 18-year old drug lord.

Or you have a nanny. I had one from Kazbachilore, one from Lajermistan, and one from Gazize. Each made 2/3 of my salary, but they did walk the children to and from school every day, rain or shine. Unwritten rule: you don’t mess with the nanny.

As we’ve gotten more comfortable here, I feel that my kids are old enough that they don’t need nannies - or me - to get them to school or to bark at them for talking to strangers. Here in Longmont, they are mostly free-range children. I encourage lengthy conversations with strangers: “Please. Tell anyone who will listen to you about the latest YouTube episode of “Slime Factory” or your last Minecraft adventure before you get home.”

They are also old enough to lose their bikes and backpacks all by themselves. Sometimes, after I’ve turned the house upside down and called all the parents I know, they will try telling me the missing thing must have been stolen. Stolen? Here? In #sunnyflowerpuppydogpuddingland? I tell them “Don’t come home until you’ve found your skateboard and if you see the person who took it, apologize for leaving it in their way.”

I’m still missing the sirens though. Is nobody robbing anyone? I don’t have to lock my doors? I can leave my garage open? Nobody wants my DVD player or any of the half dozen laptops strewn about the house? Do I have to set myself on fire?

I also miss “Picking,” whereby, in Chicago, I would “select” others’ discarded items from an alley and bring them home. There is also “leaving.” As in, when I got fed up with some broken appliance or pair of shoes, or a lawnmower, I couls hurl it in the direction of my back alley. Someone would come by in less than six minutes and haul the thing away. Conversely, if I spied some gem of a fixer-upper out there next to a trash can, it was considered to be “alley retail.” In Longmont, you’re not allowed to toss your box springs, dead pets, car seats, or old parents into the alley. Here, evidently, you have to post it first. But then you can stick it right out on the sidewalk. I have found that the items here don’t require as much imagination to bridge the gap from garbage to “living room set.”

Now we come to Mrs. Fossil who lives next door to me. Soon after we’d moved in and she felt it was okay to make introductions, she launched herself from the end of the driveway, where she’d been poised like an attack squirrel, past the moving truck and informed me I was doing everything wrong.

Now, in Chicago, I lived in the same building with four other families, I routinely never conversed with. We were, all of us parents, constantly coming or going, never in the same direction. As they were all with Hispanic family names and my mailbox too, read “Gonzalez” we moms just addressed one another as “Maria”, and called it good.

Now I had to contend with a real neighbor, as defined by their intrusive nature and inclination to meddle. She’d told me I was doing everything wrong after about a minute living in the neighborhood. I couldn’t fathom how I’d even had the chance to run afoul of any “rights.”

“You’ve got bikes, skateboards and scooters all over the lawn. It’s not allowed,” she gravelled at me, her wattle wattling self-righteously. I was thinking “If nobody’s going to steal them, why not?” And to my credit, there were no sofas or husks of cars on cinder blocks on my front lawn, no kiddie pool full of floating beer cans . . . what was she complaining about? Lady, in Chicago, we go to war over street parking. Our skateboard on the lawn is your pink flamingo.

Next she’ll tell me I cannot keep chickens on the back porch. Good thing. If I keep chickens they will be free range - just like my children. What else would be the point of living in the country?

She mentioned that I should be careful of theft, make sure to close my garage door, as she’d had a hammer that was stolen in her garage back in the Paleocene. They must have collared that guy. There are only two known hooligans in Longmont and they are so overwhelmed trying to find a loophole in the Kohl’s Cash scheme, they never get around to stealing hammers.

Public transportation is abominable in Longmont, but I have concluded that it’s the public’s fault. We don’t exist in great enough numbers and we own 1.8 SUVs per capita. If the bus isn’t your thing, in Chicago, just dip a toe into the street and hail one of dozens of oncoming cabs. Here, when I called for a taxi one winter day, Jeb told me it would be awhile because it’s the day he drives all the diabetics in for their injections and Bob was off sick. That happened.

On the plus side, in Longmont you can get customer service before you turn 100.

My lawn is mowed. My garbage gets picked up on time. Recycling actually happens. You can drink the rain water.

The worst traffic jam I’ve been in was when I had to stop for a family of ducks to cross the street. Tourists.

All stop lights are right-turn-on-red. You can buy fireworks in-state. We are minutes from Denver’s Casa Bonita!

Everything is sparkly. If we need to stock up on dream catchers, we’re minutes from Boulder. The only sirens are the siren songs of the local mommies - to whose ranks I can only aspire - I’m pretty sure they actually do play tennis. I’ll get some little skirts, one of those tennis bats and some extra shaving cream.

Next spring, I’m going to start being nice. I can be a Colorado Mom.