UCHealth sleep expert, Dr. Kelli Janata, says the detrimental health effects of losing an hour of sleep are real for some people, especially night owls and teens who have trouble going to sleep a little earlier once the clock has shifted.
Mar 12, 2021 12:00 PM By: Katie Kerwin McCrimmon, UCHealth 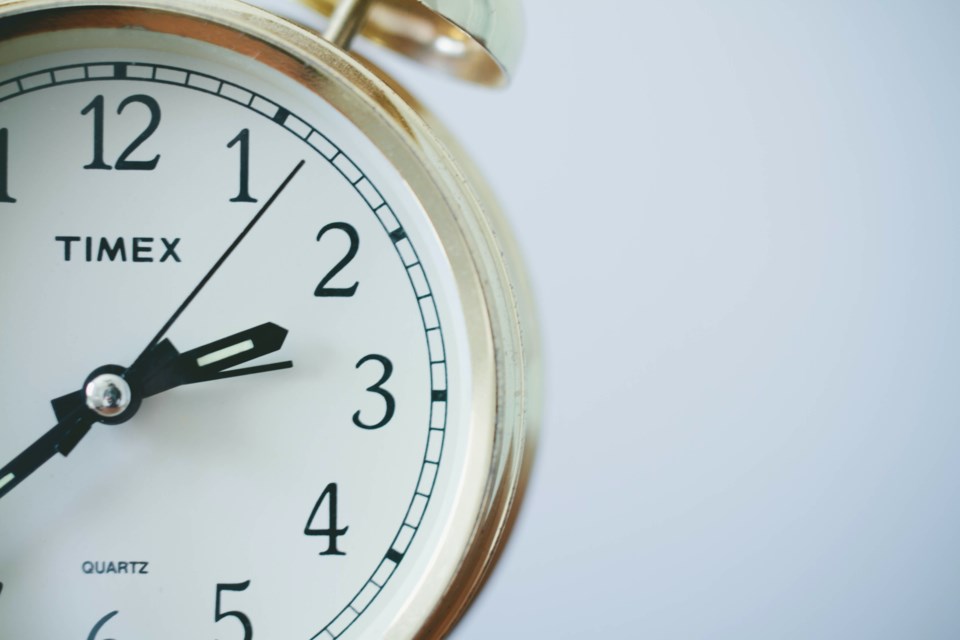 It’s time for the spring time change when we “spring” forward and lose an hour of sleep on Sunday.

UCHealth sleep expert, Dr. Kelli Janata, says the detrimental health effects of losing an hour of sleep are real for some people, especially night owls and teens who have trouble going to sleep a little earlier once the clock has shifted.

“Night owls love to go to bed at midnight. They’re not going to go to bed any earlier when daylight saving time kicks in. But, they still have to get up earlier. They have a tough time transitioning,” said Janata, who directs the UCHealth Sleep Medicine Clinic in Longmont.

Children who are on the autism spectrum also can fare poorly when the time changes and many could benefit from some doses of melatonin to help them adjust, Janata said.

Effects of the spring time change

She says research has shown that loss of sleep associated with the time change can cause increased heart attacks and strokes, a rise in workplace accidents, car accidents, exhaustion and depression.

“When you have sleep deprivation, it triggers the fight or flight response. If you see a bear in the woods, your sympathetic nervous system activates, releases adrenaline and your heart rate goes up,” Janata said.

“Any amount of sleep deprivation, especially for someone who is already prone to heart disease, can be detrimental,” she said.

Others can suffer too.

“Even strokes have been shown to increase, and workplace accidents as well on the Monday after the time change,” Janata said.

Some people do very well adjusting to simple changes in their sleep patterns. Janata knows some shift workers who seamlessly adapt and sleep well whenever they get the chance. These same people tend to handle jetlag very well.

But, many others have a much harder time adjusting to changes in sleep. Janata has had patients who have traveled to other time zones who suffer from sleep loss six months later. While traveling and adapting to a new time zone far away can be an extreme challenge for those who struggle with sleep disruptions, Janata said the loss of one hour’s sleep in the spring can also trigger long-lasting challenges.

If you or someone in your family struggles to adapt to the time changes in the spring and fall, Janata has some suggestions.

For those who are dreading having to wake up for school or work on Monday, when it will feel a full hour earlier than usual, Janata urges them to begin adapting in advance.

For those who have a tough time waking up, simulate natural sunlight

For teens and night owls who have a terrible time waking in the morning, Janata recommends clocks that have both alarms and lights.

Humans naturally feel more awake when light increases. When it’s dark outside, but you or your teen still needs to wake up, you can set an alarm about 30 minutes before you really need to get up, and light from the clock will gradually increase.

“It’s always easier to wake with light,” Janata said. “A gradual increase in light is more like the sun coming up in your room. And, it definitely will help you wake up.”

Get more exercise, not more medication

Dewey, a father of two, says lifestyle changes, like getting enough exercise, can make a big difference in getting better sleep.

Sleep deprivation among new parents like the Deweys can be a challenge. But all of us can boost our health by getting a better night’s sleep. Lack of sleep has been linked to diverse health problems from obesity to Alzheimer’s.

Many patients assume medications are the best path to a good night’s sleep. But, Dewey said, behavioral changes can have a far greater impact. For about 90% of patients, good sleep hygiene can make all the difference.

Nine times out of 10, Dewey says tinkering with your diet, exercise regimen and your sleep hygiene can fix sleep problems.

Even better, good sleep habits can have lasting impacts while medications only promote short-term fixes. What’s more, researchers are finding that people get deeper, higher-quality sleep when they rest naturally versus relying on sleep medications.

So, do yourself a favor and use this weekend as a springboard for better sleep.

Advocate for an end to the semi-annual time changes

As a sleep specialist who sees the detrimental effects of the semi-annual time changes on her patients, Janata supports the widespread movement to stop springing forward and falling back.

“There’s a big push to get rid of daylight saving time. Even changing the clock by one hour can throw some people into a significant depression,” Janata said.

For four years, during medical school, she lived in Arizona, where people don’t shift their clocks in the spring and the fall. (Hawaii and some other U.S. territories also skip the time changes.) Janata experienced the benefits herself.

“It was easier not to have to worry about the time change,” Janata said.

Around the world, government leaders adopted the concept of daylight saving time to reduce electricity usage during World Wars I and II. After the wars, some states skipped the twice-annual changes, but in 1966, Congress passed the Uniform Time Act, which mandated daylight saving time across the country.

These days, the movement to halt the fall and spring time changes is growing in popularity. If people do advocate for an end to rotating the clocks forward and backward, Janata said the tricky question will be whether to settle on standard or daylight time. In the winter, some people like having some daylight as they head to work or school in the morning. In the summer time, many people enjoy having more light after work. Janata doesn’t have a strong feeling either way but does enjoy being able to come home after work in the summer and spend time in her garden.

Regardless, Janata says less disruption would boost health for her patients and many others who struggle with sleep problems. Along with helping people navigate the spring time change, Janata says sleep apnea and insomnia are the most common issues she addresses with patients.

She also works with a lot of highly motivated, hard-working people, who think they can get by without enough sleep. She works hard to educate them about the importance of sleep.

“A lot of people put sleep on the back burner. I have people who are sleeping only four hours a night,” she said.

But awareness about the importance of sleep is improving.

“In the past, you had the four-hour CEO club, where people who slept less viewed themselves as stronger. But, you’re going to end up dropping of a heart attack if you do that. And insufficient sleep is also associated with memory problems and early-onset Alzheimer’s,” Janata said.

“I do have more patients who recognize how important sleep is. Without it, they’re depressed and irritated and grouchy.”

For more information about the UCHealth Sleep Medicine Clinic in Longmont, click here or call 720-378-4771.

Top 7 tips for getting a better night’s sleep after daylight saving time starts: