Music helped Smith work through the challenges of being Black in Boulder County.
Jun 27, 2021 7:00 AM By: Deborah B.G. Kelly 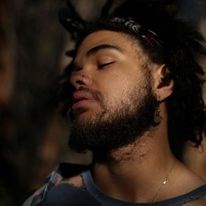 Hip-hop artist, Isaiah Smith, lives in Arvada where he found more opportunity, a lower cost-of-living, and a more diverse community. Smith went to elementary school in Boulder and graduated from Longmont High School in 2015.

He began playing music in fourth grade with the clarinet, which he still plays, followed by the piano. His grandmother was in the Colorado Symphony. Though she primarily participated on the choral side, she also played piano. She taught him piano which he played for a few years until he found football.

Music has been an overarching theme in Smith's life and has helped him work through the challenges of being Black in Boulder County.

"I was one of four black kids in my graduating class in 2015. I didn't have my culture constantly around me. The music I make now takes a lot from the roots and sounds that are in my culture," he said. Though, he didn't always appreciate hip hop and rap. "Because of some of the blatant racism and l prejudice that I dealt with in Boulder County, I grew up not really liking hip hop or rap or anything like that because I blamed the mainstream," Smith said.

When he moved to Longmont from Boulder, he struggled to find acceptance among the small Black community.

"I was always very well spoken and did well in school. So once I got to Longmont, I had a lot of people trying to tell me that I wasn't really black because I spoke too intelligently or because I listened to My Chemical Romance and Linkin Park, as opposed to gangsta rap," Smith said.

Smith also uses his music to bring matters of racial justice and other systemic issues to the forefront. After the murder of Trayvon Martin, Smith’s mother felt is was no longer safe for him to walk to a local gas station alone. He not only felt the loss of this independence but the incident created a big impact on his life.

"I was the same age as Trayvon Martin when he got murdered. I looked very similar to the kid, I had a similar haircut and I always walked to the gas station across the street. My mom did not let me do that afterward. She had to go with me. And people don't realize the kind of stuff that builds up throughout these traumatic experiences," Smith said.

Aside from the external struggles, his internal struggles have influenced the way he approaches his music. Music has helped him process his mental health challenges with bipolar disorder and depressive schizophrenia.

When Smith ended up in the hospital after an attempt on his life, he found something special during a music therapy session.

"There was one moment in music therapy where we had to write a list of emotions and next to each one, write a song from your life to express the emotion you're feeling. It asked, 'what's the first song you're going to think to listen to?'"

When Smith realized that all his songs were from his most recent album, he found a message of self-acceptance and empowerment.

"I can be there for myself through my art," he said.

Smith hopes he can share some of those same messages about openness, honesty and self-acceptance with a wide audience.

"Another reason why I love music so much is that it's helped me help a lot of people by just being honest," he said. "They'll say, 'Wow, you did so much for me.'" His vulnerability is a key piece of that.

"Honestly, I was just truthful about my feelings and about who I am," Smith said.

Smith released his album, Collection I, earlier this year, under his artist name, IMJLS. You can find it on Youtube at https://youtu.be/EMnSckX662E or https://outnow.io/t/collectioni?fbclid=IwAR2w7orfXHajmbQOFOH1LGbL_6fNxMFU8PnMq6pTHmW0dsyQFLn6cGKnFRs.