"When we politicize our every action to such an extent, such as with one group advocating following pandemic rules and another deliberately ignoring them to signal their freedom and independence, we have a societal collapse and the destruction of our common resources."
Jan 20, 2021 11:00 AM By: Marcia Martin 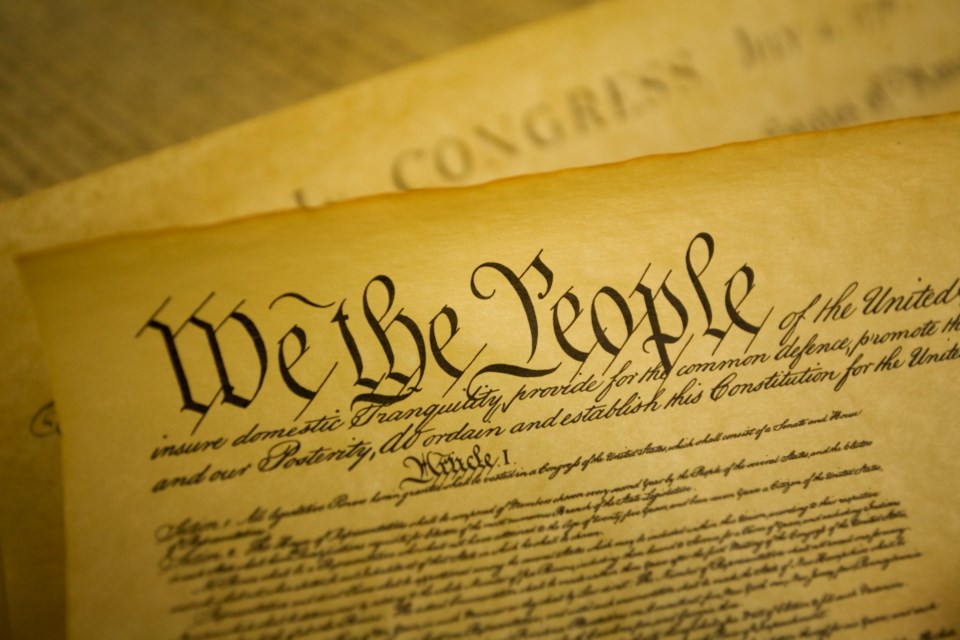 Author's note: By the time you read this, the last of three meditations on the challenges democracy faced in 2020, the interregnum, that crazy interval between two governments we’ve just endured, should be over. The Biden administration will have begun. Let’s think about our mistakes, our hopes, and how to realize our hopes for affirming the value of the common good.

Here’s a story: In one of those awful but irresistible Facebook threads, I rose to the bait and answered the question “If I’m not afraid of COVID, why should I wear a mask?” The question was getting pretty old, so I simply said, “for the common good, of course.” Was that a mistake! I was mobbed by posters who swore that I am a communist, and evil and unAmerican for saying so.

Sometimes I think this misunderstanding is at the root of our political divisions today: The idea that altruism, or even simple cooperation, sharing, is unAmerican and “communist.” It’s not, of course. It is the essence of civilization, and according to anthropologists, archaeologists and historians, it probably preceded any more formalized kind of government. It’s when we ignore the common good and act only in our personal self-interest, that the mechanisms of civilization break down, and we get the tragedy of the commons.

When we politicize our every action to such an extent, such as with one group advocating following pandemic rules and another deliberately ignoring them to signal their freedom and independence, we have a societal collapse and the destruction of our common resources.

In the case of the United States’ pandemic experience, the “commons” are our public health, our functioning economy and shared institutions, such as child care facilities and schools. Our inability to agree on a system of behavior and cooperation wrecked all of it, and we have one of the worst pandemic outcomes of any developed nation.

That the United States has lost 400,000 lives (and counting) to COVID-19 may be the biggest tragedy of the commons in recorded history. It is certainly the biggest one in U.S. history. So far.

Lately, when we begin any conversation about the common good, we seem to end up arguing about whether we are a democracy or a republic. Those words are political signals, too. If you follow these links, you’ll see that the two words have essentially the same meaning. And if you look at the U.S. Constitution, you’ll see that the word “democracy” doesn’t appear at all, and “republic” appears exactly once. But “republic” is used only to refer to the states, and clearly in the third meaning of the word, to require that a state (or commonwealth, as some of the states chose to style themselves) shall not have a monarch.

My point with all this wordplay is to show we have all been fighting the wrong fight. Freedom is not the opposite of cooperation. Our founders didn’t define us as a democracy or a republic or a commonwealth. The Constitution itself is the definition of our form of government. And a careful reading of it shows that it says no more than it needed to about the details. It was written as a recipe for getting along.

Getting along. If we got along better, if we cared more about cooperation as a social value, how many of those 400,000 lives could we have saved? Don’t get me wrong: I’m not just blaming anti-masking for all of this. There also was how the states had to compete with one another for medical equipment, and how there was little cooperation from state to state and county to county in managing resources. Were half of these deaths unnecessary? Probably.

A lot of people stepped up during this crisis and deserve our thanks. A lot of us were heroes. A lot more became victims. We can’t change what has happened.

But we can change what will happen. On Wednesday the interregnum will end, and we will have a new vision of government. Our new president ran emphasizing his history of bipartisan cooperation at a time when it wasn’t a popular thing to say. But cooperation — and yes, altruism — is what we need. We don’t need to wait for it to come down from above, though. Let’s begin it right here. Our local governments here in Longmont and Boulder County have worked hard all this time to cooperate. It hasn’t been easy. There have been disagreements of ideology, and of influence and of resources. But they’ve held us together, they have not favored one over another, and they’ve done their best.

So, as the interregnum ends, let’s recommit to supporting the government we have. Bottom to top, it is our framework for managing the commons. Ultimately, whether it’s the parks and open spaces, the clean rivers and air, our forests and factories and hospitals — the commons are what we have. Let’s treasure them, and care for them, as we do each other. For the common good.