Guest opinion: Starting with the truth to find a way forward

"It is healthy and good in a democracy for diverse people, parties and factions to have different goals. Democracy functions by debate and compromise, allowing society to adapt to the changing needs and wants of the public. But for public discourse to be meaningful and effective, there must be a basis of facts against which to test our differences and find areas of agreement."
Dec 15, 2020 11:19 AM By: Marcia Martin 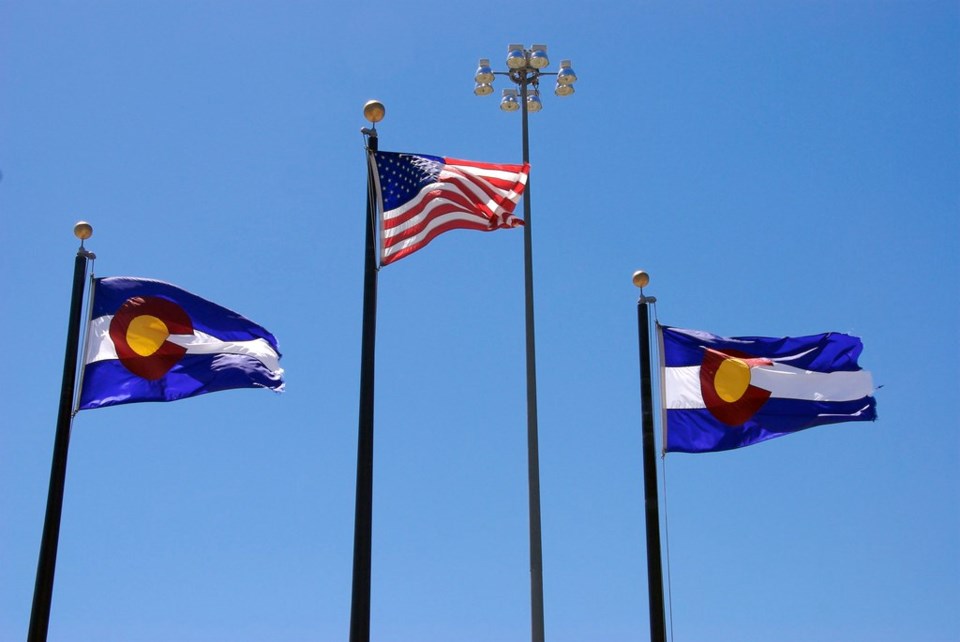 "Colorado Flags at Rest Stop" by tom.arthur is licensed under CC BY-NC-SA 2.0

Editor’s note: This is the first installment of Interregnum, a series of meditations on the challenges democracy faced in 2020, and how we can do better in the new year. We begin with the truth.

We’re sort of a lame-duck country right now. The presidential transition got off to a late start and depending on who you ask, between 50% and 70% of Republicans believe the presidential election is invalid. (The 67% of sitting Supreme Court Justices appointed by Republicans do not agree.) The current administration is lying to us openly to try to stay in power.

It is healthy and good in a democracy for diverse people, parties and factions to have different goals. Democracy functions by debate and compromise, allowing society to adapt to the changing needs and wants of the public. But for public discourse to be meaningful and effective, there must be a basis of facts against which to test our differences and find areas of agreement.

It’s often said that our political divisions are now so profound that we lack any shared reality from which to argue. And so there is no statesmanship, only a politics where each side jockeys for a position from which to block the other’s goals. Progress toward a common good has reached a standstill. And some people, I among them, fear democracy itself is at risk.

I don’t think many people really want it that way. We may not agree on which way to go, but most of us think we ought to get moving. I’d even bet most of us would like it if we walked the road together. Let’s use this season of transition to figure out how.

The dual reality that has paralyzed our democracy was built on purpose. For at least two decades, the campaign of messaging that divided us has been so consistent, profound and pervasive that it’s hard to tell where it began. In 2004 Ron Suskind, in an astounding piece of journalistic analysis in the New York Times, identified the distinction between the “reality-based community” and America’s proto-oligarchy. He quoted a senior adviser to President George W. Bush as saying, “(fact-based governance) is not the way the world really works anymore. We’re an empire now, and when we act, we create our own reality.” That senior advisor is often assumed to be Carl Rove, but we may never know.

I’ve been proud to be part of local government because, despite some stumbles and wrong turns, it still works. We keep the lights on and the water running. We’ve provided emergency pandemic assistance to child care workers and small businesses. We’ve changed things so builders are building affordable housing — a lot of it. We’re a representative democracy. And yet we have all been so inundated with “alternative facts” that seemingly it’s become OK to advance our ideology with untruths. More and more, people are willing to say anything that supports their position. I’m not going to call that lying, but I’m going to correct the record.

All four statements are true, yet people from Longmont, informed and educated people, stated the opposite on the public record in 2020. They were speaking from the heart, from passionate devotion to causes they believed good. But they were terribly careless with the truth.

Such distortions are the bricks and mortar from which alternate worldviews are built. The more often we say them, the more people believe them. The more entrenched the lie, the more advocates for the truth seem like the enemy. Lies are the way we kill democracy. But it’s not dead yet, and we all can help revive and strengthen it.

This year, some unlikely heroes have struck blows on the side of democracy. Georgia Secretary of State Brad Raffensperger against extreme political pressure and through three recounts insisted his office had conducted a free, fair, and honest election. That was true. This administration’s three appointees to the U.S. Supreme Court sided with the more liberal judges to declare they found no basis to hear Texas Attorney General Ken Paxton’s outrageous lawsuit. But too many, including Longmont’s Rep. Ken Buck, endorsed the lie.

Most of us have limited power to influence national politics. But anyone can do their part to keep local government functioning in the service of the public. It’s easy. We must simply tell the truth. And insist on it from our elected officials. Always.

Though we have been encouraged to distrust the news media we have never in history had more ability to find the truth. Our constitutions, charters and statutes are all available online. Any public library will help you access them. Here in Colorado there’s a vast open public record. There’s no reason to be vulnerable to distortions. There’s no need to guess what the law is.

Everybody gets an opinion. But when asserting a fact on the public record, we can all make sure it’s really a fact. When we talk with our friends, we can open the discussion instead of reinforcing our echo chamber. This doesn’t have to be confrontational. “Let’s look it up.” “What are others saying about this?” Even, “I don’t know” and “I’m not sure” are ways to de-escalate a potential argument and move it in the direction of reasoned discourse.

Each act of integrity shores up democracy and strengthens our community. It means that we and those we disagree with will slowly gain confidence in our shared reality and each other’s goodwill. It moves us toward progress through compromise. It empowers and unites us.

Democracy has always been the Colorado way. Women secured the vote here 27 years before the rest of the United States managed it. We pioneered voting by mail, and have held secure, challenge-proof elections that way for years. In this pandemic year, Colorado officials helped train other states on how to get it done. This year, Colorado is vying with Minnesota for highest voter turnout in the nation.

Just as our voting system is an example for the nation, let’s make our love of democracy, our community, and truth an example, too. The healing can start with us.