Letter to the editor: Brian Bagley: How Longmont's politics work

As I prepare to leave the mayor’s office I feel compelled to share how Longmont conducts its politics.
Jul 6, 2021 7:00 AM By: Brian Bagley, guest opinion 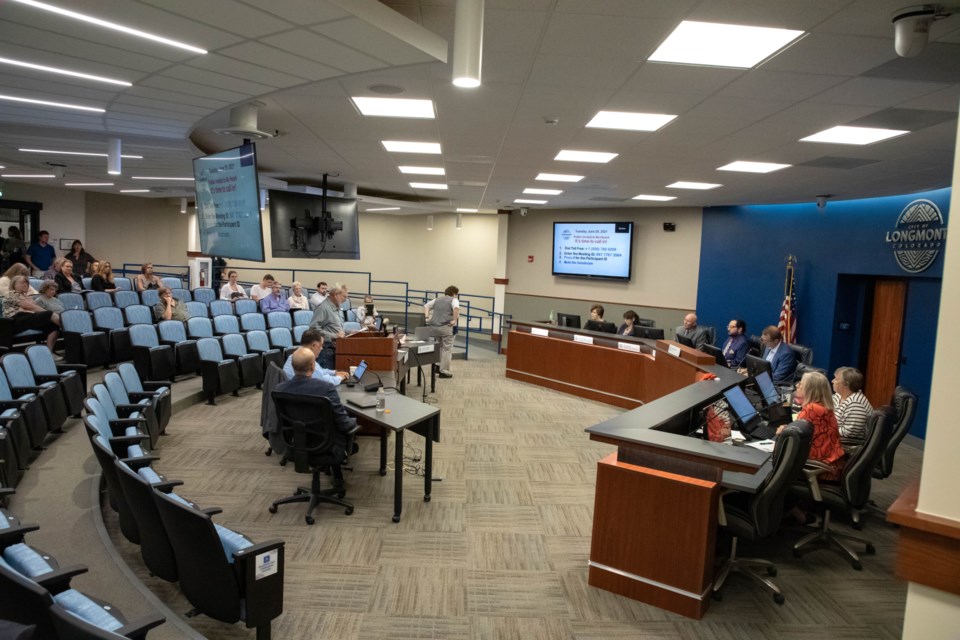 Gordon Pedrow, Longmont’s former city manager, appeared before city council on June 29th. Mr. Pedrow’s appearance was precipitated by an email I had sent, pointing out that the anti-growth policies perpetuated by Mr. Pedrow are sure to result in Longmont’s housing costs to skyrocket. My email correctly pointed out that people of color, young families, single mothers, and Longmont’s elderly population will be most impacted by unaffordable housing, gentrification, and an overall cost of living increase. If adopted, Longmont will quickly become a haven for the rich, and the dream of cultural equity and fairness for all will be replaced with real estate equity for only the rich and established.

On Tuesday night, Mr. Pedrow rightly stated that he is not a political candidate and suggested that my time would be better spent elsewhere. Well, I am not a candidate either. After a decade of public service to Longmont, my time as an elected official will come to an end this November.

As I prepare to leave the mayor’s office I feel compelled to share how Longmont conducts its politics. While he is not a political candidate, Gordon Pedrow has an uncanny amount of power in that he is part of Longmont’s most powerful political action committee, Move Longmont Forward. This small group – along with a few local lobbyists from a group that calls itself the Longmont Area Democrats – constantly attempts to control Longmont’s city council. They often flood the TC Line, fabricate Letters to the Editor and organize guerilla political campaigns on issues as well as candidates.

As much as Mr. Pedrow and his political allies want the public to believe that local politics are controlled by some mysterious powerful group of developers, this is simply not true. The days of developers controlling Longmont’s politics ended with the death of Ken Pratt. Today, individual developers approach the city, hat in hand, and make their requests. They are routinely denied. No one on council is “in the pockets” of developers. No development is “rubber-stamped.”

Pedrow and others would also have us believe that all local politics are a zero-sum game of left vs. right, Democrat vs. Republican. The fact is, not a single council member, myself included, is a Republican. Every single current city-council member was recruited and/or supported by Gordon Pedrow and Move Longmont Forward. All six councilmembers were supported overwhelmingly by Move Longmont Forward and were, once elected, expected to vote in alignment with their positions.

Mr. Pedrow often shows up to speak at city council. I have seen him, time and time again, remind my council colleagues that he has “walked for them.” This past Tuesday was no exception. When Mr. Pedrow makes such statements, city council hears his message, loud and clear: “I hand picked you, I got you elected, and you will do what I say or else.”

Gordon Pedrow and members of Move Longmont Forward follow through on their threats. For example, Move Longmont Forward recruited Jeff Moore, a one-time city council member who made the mistake of thinking for himself, only to be replaced for refusing to bend. Our previous mayor, Dennis Coombs, was treated similarly. Now, Marcia Martin – a candidate for Ward 2 and recruited to replace Jeff Moore in the 2017 election – has been targeted for replacement, since she has had the audacity to think and vote in the best interest of the largest number of Longmont residents. Even Dr. Tim Waters – who told me that he was once Gordon Pedrow’s friend of forty years – has been designated persona non-grata by Mr. Pedrow and the local-powers-that-be because having control trumps four decades of friendship. After all, how dare someone like Tim Waters, a man who has proven to be independent, principled, and thoughtful, with a balanced political outlook, an understanding of economics, and a kind heart, be permitted to become Longmont’s mayor if he won’t come to heel?

Although I often disagree with their policy positions, I am grateful for the backbone that Dr. Tim Waters and Marcia Martin have shown in thinking and voting independently. I would also include Aren Rodriguez among the council’s independent thinkers. Please, don’t allow one small group of political ideologues to continue to hijack Longmont and her future.