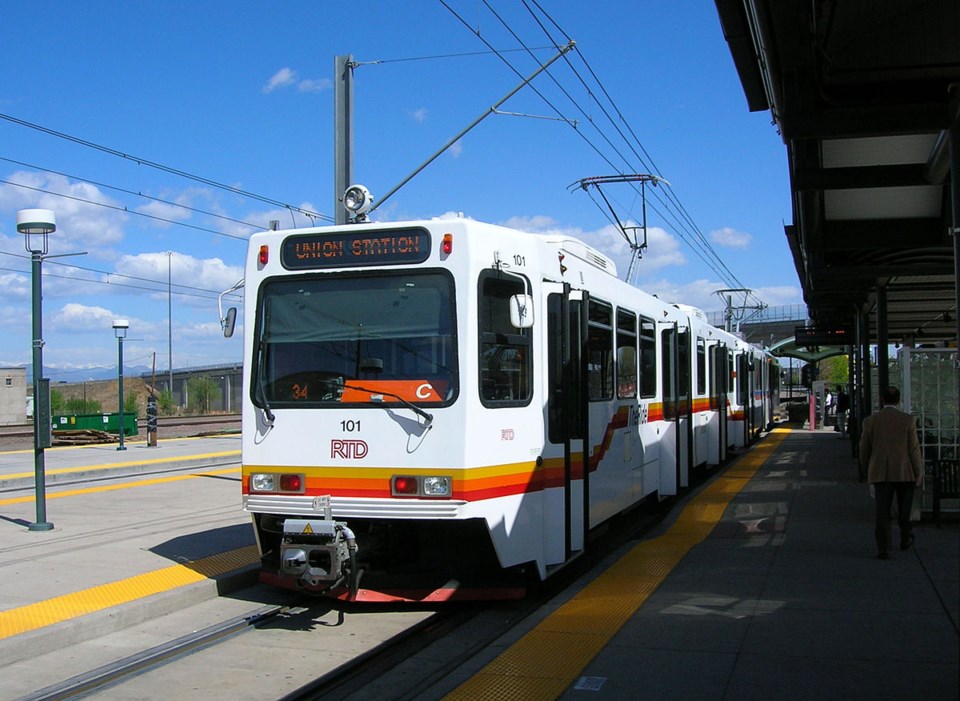 FasTracks could be the most egregious example of taxpayer betrayal in modern Colorado history.

There are reams of reports and hours of meetings that constitute explanations and justifications for the authority’s change of direction. But the outcome is unavoidable. Taxpayers coughed up many millions of dollars and didn’t get what they paid for.

When the Regional Transportation District originally conceived of FasTracks 17 years ago as a $4.7 billion transit plan for the Denver region, one of the project’s main components was the Northwest Rail Line, a commuter train that was supposed to run from Denver through Boulder to Longmont. FasTracks was pitched as a 12-year project, but full completion of the Northwest Rail Line has been pushed out to 2050 or later. What good is a transit project that takes 46 years to build?

Then, last month, Debra Johnson, RTD’s new CEO and general manager, suggested during an event with Boulder Transportation Connections that the Northwest Rail Line isn’t necessary after all.

Thus the betrayal was brought to its logical conclusion.

The implications stretch far beyond a metro railroad to every ballot measure that asks a Denver-area voter to trust any proposed tax, no matter how worthy it might appear. The reasonable voter response seems to be, “Won’t get fooled again.”

When metro-area voters approved a 0.4% sales and use tax to pay for FasTracks in the 2004 election, they were adopting a plan that RTD released in April of that year. The plan was a response to increasing congestion and projections of significant growth in the region. Its major components were new or expanded forms of rapid transit in nine major corridors extending out from all sides of Denver, including 119 miles of light rail and commuter rail and 18 miles of bus rapid transit. The plan also included park-n-Rides, new transit hubs and other features to enable efficient travel that didn’t involve people hopping in a car for solo trips.

The longest spur in the plan, by far, was the 38-mile Northwest Rail Line. It was designed to be a commuter rail from Union Station in Denver to Longmont with stops in Boulder, Louisville and other locations.

The plan contained some wiggle language. Deep in the 71-page plan was a passage about how RTD had done its best to properly budget revenues for FasTracks and determine a completion timeline but stated it “cannot guarantee that each separate assumption will be met, and expects that over a twelve year time-frame, certain adjustments and modifications will be required.” However, in February that year, the RTD board adopted a resolution, called “Regarding Board Commitments for FasTracks (Hold Harmless),” that affirmed the agency’s commitment to build “each list of corridor improvements.” It added, “If RTD revenues are better or worse than expected then all the corridors will be adjusted accordingly.”

As former Broomfield Mayor Pat Quinn once told The Denver Post, “They basically promised that if anything went wrong, each corridor would be treated the same way … Now, the attitude seems to be, ‘Build what you can as fast as you can.'”

So far, 78 miles of FasTracks rail line have been built, including lines to Denver International Airport, Thornton, Lone Tree, Wheat Ridge and Golden. In other words, some lines were built, some were not. “All the corridors” were not adjusted evenly.

Within several years of FasTracks’ passage, its funding prospects began to look grim. First came the Great Recession. Sales tax revenues tanked. Meanwhile the cost of raw materials went up. The BNSF line that RTD planned to use for Northwest Rail — part of what RTD also calls the B Line — went from $66 million, a cost estimated by RTD when it proposed FasTracks, to $535 million, the actual price BNSF demanded in 2011. By then, according to The Denver Post, the project cost overall had inflated to $7.4 billion, and cost for the Northwest corridor portion alone had more than tripled, from $461 million to $1.7 billion.

Things have only gotten worse. Now RTD faces a budget crisis, largely due to the pandemic, and staffing shortages. The funding gaps have grown so large that RTD board members and staff feel emboldened to suggest scrapping the Northwest Rail Line outright. The general manager Johnson is backed by some of the agency’s policymakers. Shontel Lewis, an RTD board member from Denver, recently wrote, in response to a demand from Gov. Jared Polis that RTD continue to pursue the B Line project, “While I empathize with folks who believe they were promised something and never delivered — it doesn’t feel good I imagine, I am most concerned about those marginalized and vulnerable and those that rely on transit not those that simply want what others have.”

You’re forgiven if you need a moment to recover from the breathtaking insolence of that message.

Let’s get something straight. Residents of the northwest metro region have been paying taxes since 2005 not as a charitable offering but for a rail line. They’ve already invested about a quarter of a billion dollars for the project. Much sympathy is due to underprivileged riders who rely on transit now threatened by RTD’s gross mismanagement, but the 2004 ballot measure did not propose that taxpayers in Boulder and Longmont indefinitely subsidize buses on Colfax Avenue in Denver, and any politician who flaunts such a bait-and-switch risks a constituent backlash that could reverberate through every government coffer in sight.

The point that purported fiscal leaders like Lewis fail to grasp is that when politicians so flagrantly violate taxpayer trust on any particular thing they erode taxpayer interest in funding anything. Think it’s OK to hoodwink them on a train today? Good luck asking them to fund education tomorrow. Or social services. Or roads for buses. Or buses.

RTD is in financial trouble, and no one expects it to instantly complete the Northwest Rail Line by making money magically appear. But to simply abandon the project would be like charging a passenger for a ticket only to leave them stranded at the station.