Americans still need a lifeline despite trillions in coronavirus aid

"We are public opinion scholars at the Harvard T.H. Chan School of Public Health. In cooperation with our partners at the Robert Wood Johnson Foundation and National Public Radio, we conducted a survey in July and August of last year to try to understand how the first round of aid had affected American families in need. What we found shocked us then and feels relevant now as the government negotiates its next steps."
Feb 22, 2021 2:30 PM By: Mary G. Findling, Harvard University; John M. Benson, Harvard University, and Robert J. Blendon, Harvard University 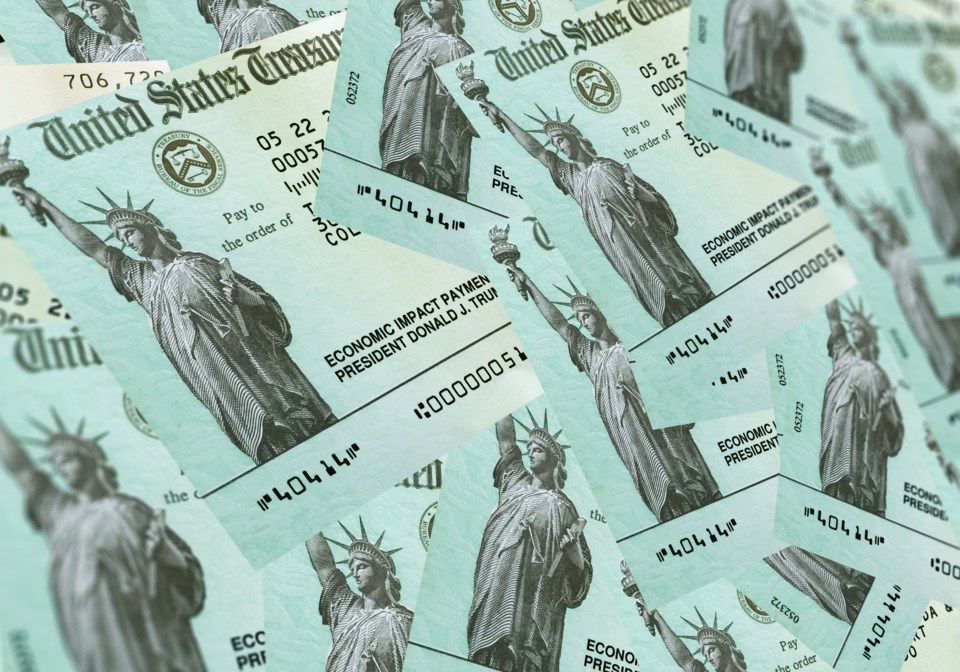 As Congress prepares another injection of COVID-19 aid for businesses and individuals, there’s been debate about whether it’s necessary on top of the $3.5 trillion spent so far.

President Joe Biden had initially hoped to get bipartisan support for his $1.9 trillion proposal, but the only counteroffer from Republicans was a $600 billion bill, with many in the GOP suggesting more money wasn’t needed. And some economists have expressed concern that giving Americans too much right now could overheat the economy.

We are public opinion scholars at the Harvard T.H. Chan School of Public Health. In cooperation with our partners at the Robert Wood Johnson Foundation and National Public Radio, we conducted a survey in July and August of last year to try to understand how the first round of aid had affected American families in need. What we found shocked us then and feels relevant now as the government negotiates its next steps.

Despite trillions of dollars in government assistance, about two-thirds of families that suffered job losses or reduced wages during the pandemic still reported facing serious financial hardship.

Many people were struggling – and still are – just to pay for basic necessities, like food and rent.

The first round of pandemic aid

Congress passed most of the initial relief in March, including direct payments to qualifying families, expanded unemployment benefits and loans to small businesses that turned into grants if they kept workers on their payroll.

By July 1, when we began our survey, most Americans entitled to a direct check should have received it, and unemployed adults were still receiving supplemental aid of $600 a week on top of state benefits.

We wanted to understand the financial burdens experienced by American families that were economically harmed by the coronavirus pandemic. And we wanted to see whether the government aid was helping the people who needed it most.

Using a nationally representative, randomized survey design, we contacted 3,454 adults and asked them about the financial problems facing their households. We focused on the 46% who said they or other adults in their household either lost a job, had to close a business, were furloughed or had their wages or hours reduced since the start of the coronavirus pandemic. We published our findings in the economic affairs journal Challenge in January.

While it seems like a no-brainer that Americans weren’t ready for the unexpected employment disruptions caused by the COVID-19 pandemic, it was surprising to us that federal aid and charitable assistance seemed to be doing so little to support the people it was intended to help.

We found that the aid didn’t put much of a dent in the financial problems faced by families earning less than $100,000, whether because relief was delayed or wasn’t spent, the amount wasn’t adequate or the funds never made it to the intended recipients.

Among households with employment or wage losses during the pandemic, 87% of those earning less than $30,000 a year and 68% of those earning $30,000 to $99,999 told us they were still facing serious financial problems. And more than half of households in these income brackets reported they had already used up all or most of their savings – or they didn’t have savings to begin with. That share jumped to over three-quarters for people with incomes under $30,000.

Savings take years or decades to accumulate, so it’s likely these households are in even worse trouble now. What’s more, significantly less aid has been provided from the federal government since we conducted our survey.

Many Americans still need a lifeboat

Our findings suggest there is a definite need for further government aid on a large scale for tens of millions of families.

A useful way to think about this is how the government provides relief after a natural disaster. In disasters, cash payments are often sent directly to those in need, like lifeboats launched to rescue people at risk of drowning.

And in fact, the pandemic has been an economic disaster for some – particularly low-income and Black and Latino households – more than others. They still need a lifeboat to get them through the storm.