The new plan places teachers in Tier 1B, along with people 70 and older, health care workers who don’t work directly with COVID patients, and first responders like police, firefighters, and funeral workers. People with pre-existing conditions remain in Tier 2.
Dec 30, 2020 1:28 PM By: Erica Meltzer, Chalkbeat Colorado 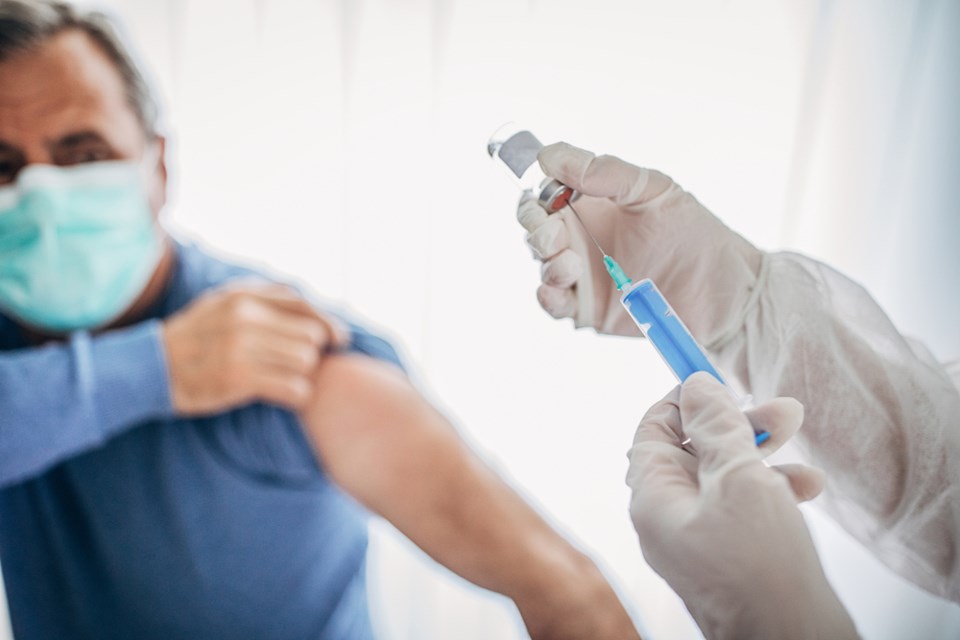 Colorado teachers and school staff will have access to the COVID-19 vaccine in the early months of 2021 after Gov. Jared Polis and state public health officials moved them up on the priority list.

Colorado’s previous vaccine plan put school staff and child care workers in Tier 2, ahead of the general public but at the same priority level as millions of other Coloradans, including those 65 and older and those with pre-existing conditions.

The new plan places teachers in Tier 1B, along with people 70 and older, health care workers who don’t work directly with COVID patients, and first responders like police, firefighters, and funeral workers. People with pre-existing conditions remain in Tier 2.

Polis announced the change Wednesday in response to new federal Centers for Disease Control recommendations that older people and frontline essential workers get access to the vaccine after the first wave of health care workers and nursing home residents. 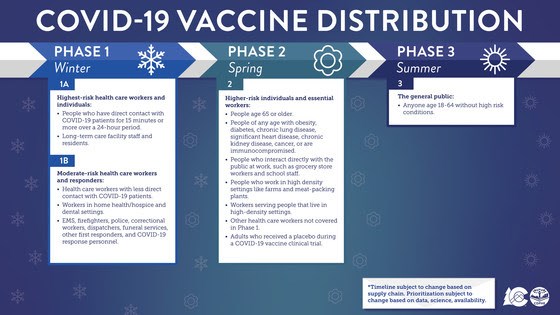 Caption
The change comes as the first U.S. case of a new, more contagious variant that originated in Great Britain was identified in Elbert County. The vaccine is believed to be equally effective against the new variant.

Polis said people 70 and up should be able to get the first dose of the vaccine over the next four to five weeks, depending on the flow of supply from the federal government. In recent weeks, many states, including Colorado, have received fewer doses of the vaccine than expected, and public health experts have criticized lack of coordination at the federal level for slowing the vaccine rollout.

It takes two doses roughly a month apart for people to have full immunity.

The timeline for people who get priority due to their job status was not immediately clear. Polis said local public health departments would work with employers to set up site-based vaccination clinics.

The vaccine is not yet adequately tested and authorized for use in children younger than 16.

Many education advocates called for teachers to be moved up to ease a return to in-person learning, even as Polis asserted that schools are relatively safe regardless of vaccination efforts. The majority of Colorado students have been learning remotely since November after a surge in cases led to widespread quarantines that crippled school operations. November also saw an increase in school-based outbreaks.

After new restrictions were put in place in late November, cases declined significantly, though they remain elevated in parts of the state and well above levels in August.

Many school districts plan to open school buildings in January, but public health officials are also watching for a post-holiday surge. School administrators have said that it is much more challenging to keep schools open when cases are above 500 per 100,000 people over a two-week period.

In addition to giving teachers more confidence that they are safe teaching in the classroom, school officials hope that widespread vaccination will reduce the number of people who have to quarantine due to exposure.