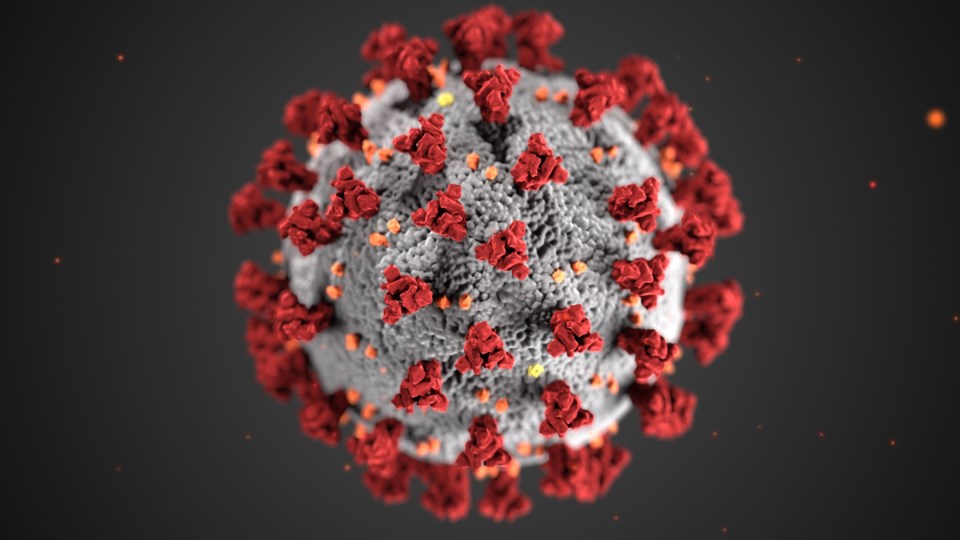 Stock imagePhoto by CDC via Pexels

Boulder County remains in Level Blue through May 16. At that time, if hospitalizations remain low the county will enter Level Clear for 90 days.

Under Level Blue, masks are still required indoors and personal gatherings should remain small, up to 10 people. Social distancing and handwashing are still encouraged.

Restaurants, gyms and outdoor guided services are allowed to open to 100% capacity as long as social distancing can be maintained. Retail, offices non-critical manufacturing businesses are allowed up 75% capacity while personal services and limited health care settings are limited at 50% capacity up to 50 people. Bars are able to extend last call to 2 a.m. however the facilities are still capped at 25% occupancy up to 75 people.

The last report of confirmed cases is from April 28, where 15 Boulder County residents tested positive.

The data is updated on Monday and Thursday at 4 p.m. each week.

The seven-day trend by age group, which was last released on April 29, reports a decline in cases in all age groups except in older adults which has remained steady. 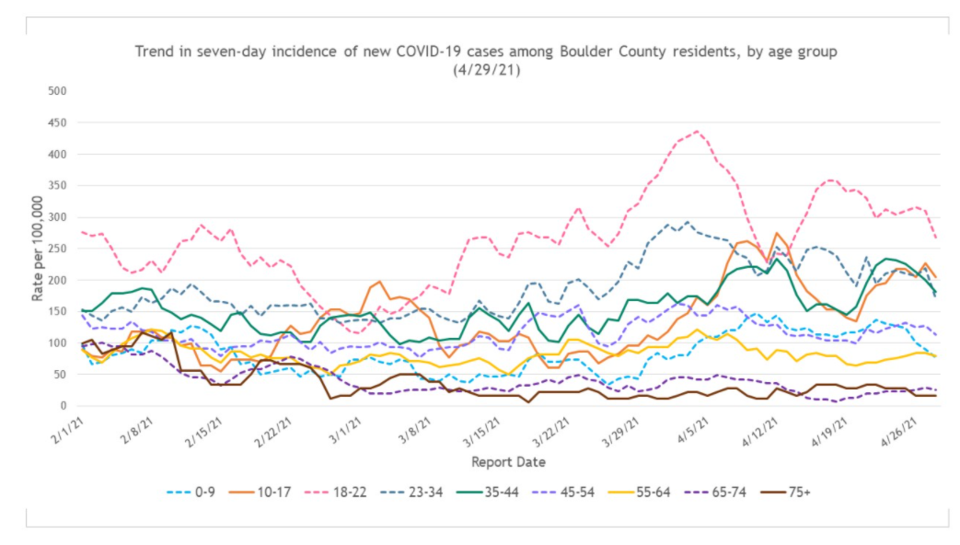 The following data is a report from John Hopkins University and displays the number of reported cases in Boulder County.

The map below displays data from across the state and compares each county's numbers. Boulder County displays numbers similar to other counties in the region.

Vaccines are still being offered across the state. Currently, Colorado has administered a total of 4.55 million doses and fully vaccinated 33.6% of the population.

117 Colorado nursing home with COVID outbreaks received fines and payments from the federal government
May 6, 2021 2:00 PM

COVID cases rise in local children, Boulder County concerned about next school year
May 6, 2021 7:00 AM
Comments