Several complaints prompted the health department to take legal action against Magic Fairy Candles, 634 Main St. The business has been ordered to comply with the state’s edict that requires customers and employees to wear masks to slow the spread of the coronavirus.
Sep 3, 2020 7:00 AM By: Monte Whaley 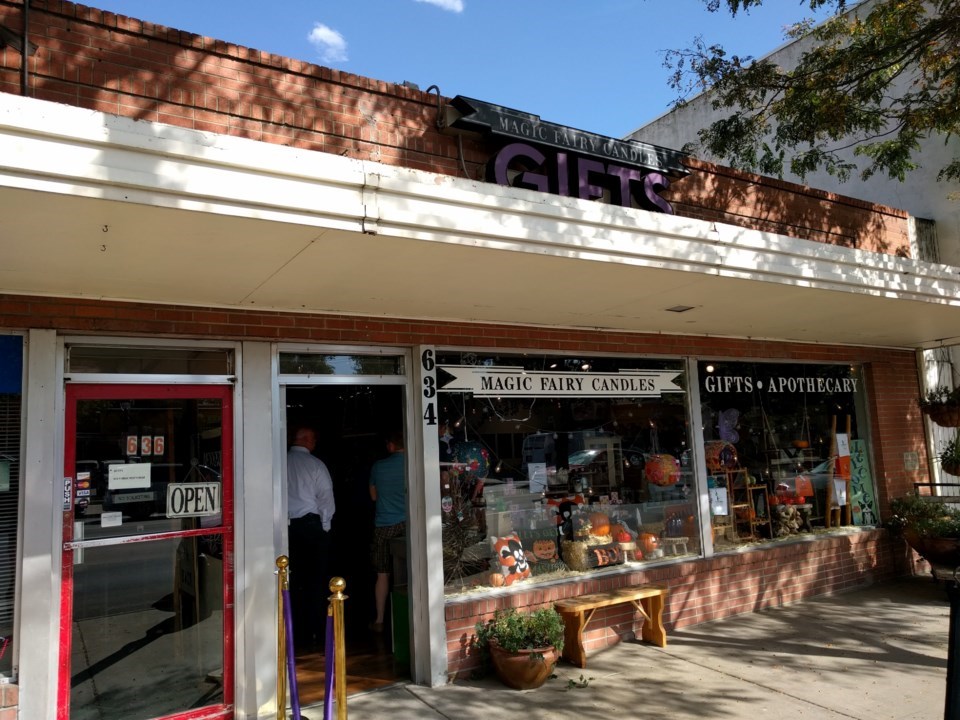 Boulder County officials say they do not want to take businesses and people to court for refusing to comply with public health orders, including wearing protective masks while indoors.

But several complaints prompted the health department to take legal action against Magic Fairy Candles, 634 Main St. The business has been ordered to comply with the state’s edict that requires customers and employees to wear masks to slow the spread of the coronavirus. The temporary restraining order, issued by Boulder District Judge Thomas Mulvahill on Aug. 27 against the business, is in effect until further court hearings.

“It is our goal to try and reach an agreement with the store owner,” said Chana Goussetis, spokeswoman for Boulder County Public Health. “If we can’t, the next step in the process is a preliminary injunction.”

No court hearings have been set at this point, Goussetis said.

The owner of Magic Fairy Candles said Wednesday the store is closed. She declined to comment on the court case.

The complaint issued by Boulder County Public Health came after receiving a complaint on July 30 that three employees at the store were not wearing face coverings. Employees also were not observing social distancing and the store had not hung a sign informing customers of legal face requirements.

When contacted by a Boulder County Public Health employee, the store’s owner said signage was posted and that employees were wearing masks and social distancing, the complaint states.

On Aug. 6 and Aug. 8, Boulder County Public Health received two complaints from the public indicating Magic Candle’s employees were not wearing face coverings and “were getting close to customers’ faces,” the complaint states.  The health department also was told the store had posted a sign that said: “Wearing a mask does not align with our spiritual beliefs. If you are opposed to this, please order magicfairycandles.com.”

But on Aug. 20, a health official went to the store and found the sign was still up and employees and customers were still being allowed inside without masks, the complaint states.

Most Boulder County residents and businesses are following public health orders, yet  some continue to defy the required precautions, putting the community at risk for spread of the virus that causes COVD-19, according to a Boulder County Public Health news release.

As of Tuesday, more than 2,300 Boulder County residents have had the illness; 196 of those residents have been hospitalized, and 79 have died because of complications from the disease, according to the release.

Public health agencies also can bring civil action against a person or business to ask a judge to get the business or individual to comply, according to Jeff Zayach, Boulder County Public Health executive director.

“Our goal is to help individuals and businesses follow the public health orders to stop this virus, not to impose fines or take people to court,” Zayach stated in the release. “It’s a slow and intensive process that is stretching our resources.”

How families are keeping Halloween from turning into a COVID nightmare
Sep 26, 2020 11:00 AM

Unemployed and nearly homeless, jobless Coloradans whose benefits are on hold are crying for help
Sep 26, 2020 9:00 AM

SVVSD to spend nearly $1M on cleaning crews when students, staff return to schools
Sep 24, 2020 12:12 PM
Comments
We welcome your feedback and encourage you to share your thoughts. We ask that you be respectful of others and their points of view, refrain from personal attacks and stay on topic. To learn about our commenting policies and how we moderate, please read our Community Guidelines.