Police suspect fireworks were placed in a sink and toilet in the bathroom at 2525 E. Ken Pratt Blvd., according to a Facebook post.
Jul 3, 2020 7:00 AM By: Longmont Leader Staff 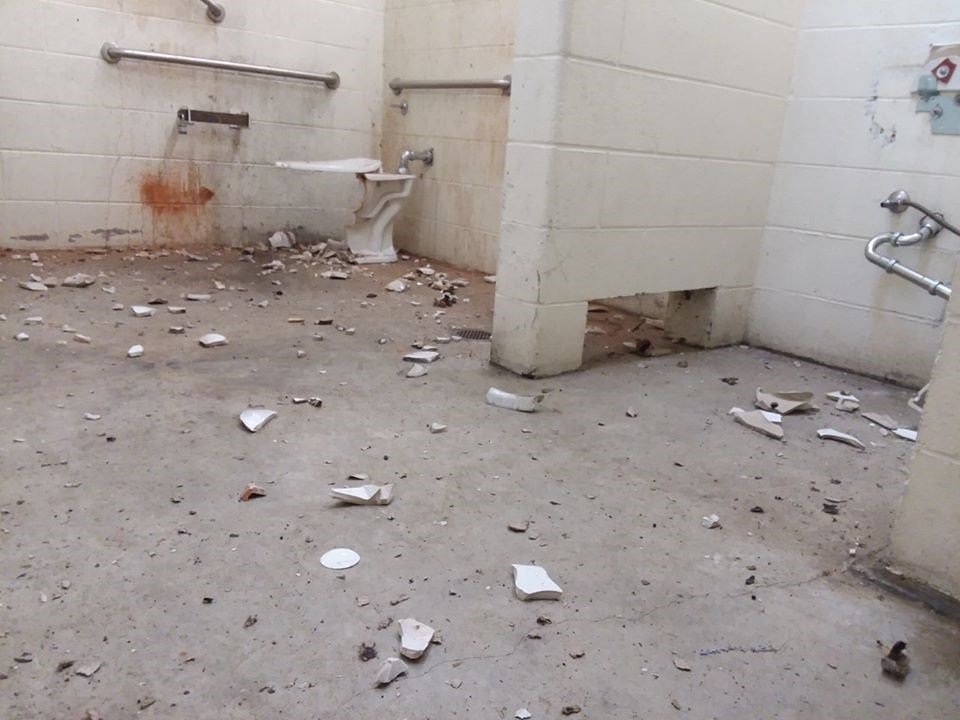 Longmont police are seeking information on the person or people responsible for the vandalism that damaged a bathroom at Sandstone Ranch Overlook. (Longmont Fire, Police and Community Health and Resilience Facebook page)

Longmont police are seeking information on vandalism that took place sometime between Tuesday night and Wednesday morning and caused significant damage to a bathroom at Sandstone Ranch Overlook.

Police suspect fireworks were placed in a sink and toilet in the bathroom at 2525 E. Ken Pratt Blvd., according to a Facebook post.

“Those involved may be unaware that using fireworks in this capacity is a federal offense,” police stated in the post. “This act was done at great risk to their own life as well as any other innocent bystanders that could have been in the area. Few people understand the associated risks — devastating burns, other injuries, fires, and even death for fireworks that leave the ground.”

Anyone with information about the incident is asked to call Longmont police at 303-651-8501.

Police added there has been an estimated  $57,000 in vandalism at parks this year. “These parks belong to the community for all to enjoy. … We need the community to help us leave these facilities better than they were found,” the post stated. “If you have brought in trash, pick it up. If you see illegal activity, report it. Please assist in being additional eyes and ears in our community parks.”

Longmont police report: Aug. 5, 2020
Aug 6, 2020 9:23 AM
Comments
We welcome your feedback and encourage you to share your thoughts. We ask that you be respectful of others and their points of view, refrain from personal attacks and stay on topic. To learn about our commenting policies and how we moderate, please read our Community Guidelines.