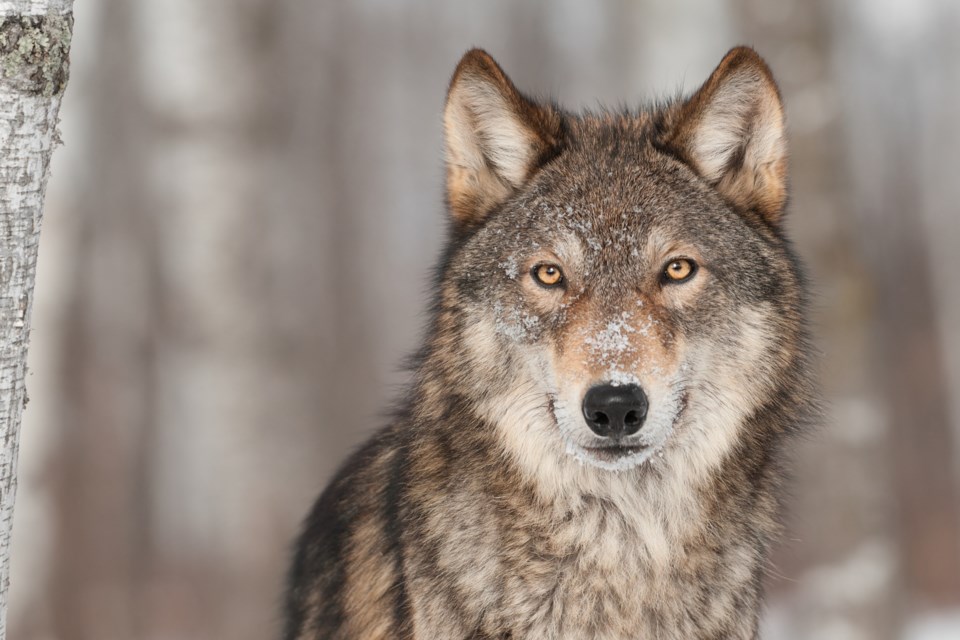 DENVER (AP) — Colorado's wildlife agency said Thursday it considers a ballot initiative to reintroduce the gray wolf into the state to have passed after a group that opposes the initiative conceded the race and the agency consulted with the office of Gov. Jared Polis.

An announcement by Colorado Parks and Wildlife that it would begin planning for an eventual restoration of wolves in the state came with the initiative leading — with thousands of ballots still uncounted — and after another group opposed to the initiative said it was not conceding.

Parks and Wildlife spokeswoman Rebecca Ferrell said the agency, which had assiduously avoided taking any position on the initiative, issued its statement after consulting with the governor's office.

"We had been holding, but with the Coloradans Protecting Wildlife concession this afternoon, along with the deluge of requests for comment, the Governor's Office decided it was prudent to move forward with the statement sent," Ferrell said an an email.

Conor Cahill, Polis' press secretary, also said "it was important to respond" after the state wildlife agency received multiple requests for comment from media outlets following the announcements by the two opposition groups. The governor considers the initiative to have passed, Cahill said.

"Nothing is final until the Secretary of State certifies the election results, but at this time, we believe the measure will pass. So yes, this is a concession from our campaign," said Patrick Pratt, deputy campaign manager for Coloradans Protecting Wildlife.

Other groups opposing wolf reintroduction didn't concede. A top opposition group, the Colorado Stop the Wolf Coalition, said it was actively monitoring the vote count and will seek to fix any "no" votes rejected by elections officials because of signature discrepancies or other reasons, said Ted Harvey, campaign director for the Stop the Wolf PAC issue committee.

Colorado's election results must be certified by Nov. 30. By late Thursday, the "yes" vote led the "no" vote by roughly 26,000 ballots out of more than 3 million counted — well above a threshold for triggering a mandatory recount.

Voters in metropolitan Denver and Boulder counties, who won't be directly affected by any reintroduction, strongly supported the initiative, with rural voters casting ballots against it.

Supporters say it's the first time that voters, rather than government scientists, are deciding whether to reintroduce the wolf, which once ranged across most of the U.S. before being hunted to near-extinction.

The Rocky Mountain Wolf Action Fund, which sponsored the initiative, said Thursday it believed the initiative had passed because votes yet to be counted in metropolitan areas east of the Divide would produce a formal "Yes" vote.

"This isn't about the margin of victory," said Rob Edward, head of the fund's campaign. "Now it's time to get on with the hard work of fashioning a future for the wolves that we coexist with."

Proposition 114 would direct state wildlife officials to develop a plan to reintroduce wolves, once hunted into near-extinction, on public land west of the Continental Divide in Colorado before 2024. Ranchers, business chambers and rural governments strongly opposed the initiative, saying it would threaten livestock and Colorado's lucrative hunting industry for elk and deer, key prey for the wolf.

Asked if any reintroduction process could trigger litigation, Pratt, of Coloradans Protecting Wildlife, said: "We have not ruled out any available options at this time."

The gray wolf has been successfully restored in several U.S. states, including in Idaho and in Yellowstone National Park 25 years ago. Because of government-sponsored hunting, trapping and poisoning, the wolf disappeared in Colorado in the 1940s.

Proponents argue that reintroducing wolves would restore balance to an ecosystem severely altered in their absence by oversized big game herds.
About 6,000 gray wolves live in the Northern Rockies, the Pacific Northwest and the Western Great Lakes regions.