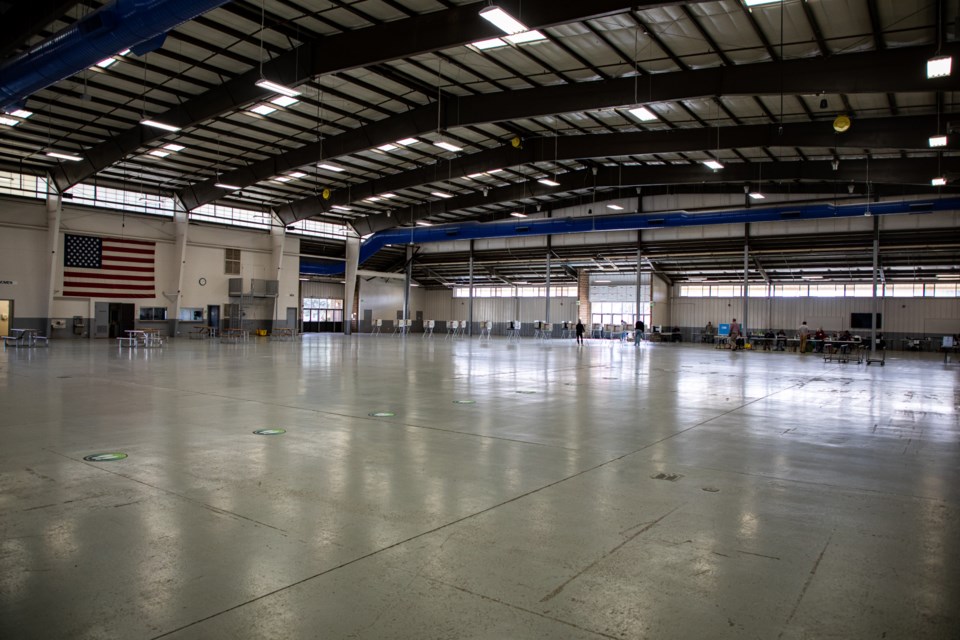 There was plenty of social distance in which to cast ballots at the Boulder County Faigrounds on Tuesday, Nov. 3, 2020. (Photo by Matt Maenpaa)

Boulder County voters have chosen two new Boulder County commissioners to join the three-person board to replace Deb Gardner and Elise Jones, who are both term-limited.

Levy said her long history of representing Boulder County, including in the state Legislature, gave her an advantage in the race. “I think the voters in Boulder County know me pretty well. I represented 40 percent of Boulder County in the legislature so they have a pretty good idea of what I stand for.”

Levy served as a state representative for House District 13 and is a practicing attorney. She recently served as executive director of a non-profit advocacy organization called Colorado Center on Law and Policy according to her biography in the Mountain Ear.

As a commissioner, Levy said she would increase access to affordable housing, continue Boulder County’s leadership in fighting climate change and address child poverty, according to her biography in the Mountain Ear.

Kochen is a 40-year-resident of Boulder County and lives in a solar house on Sugar Loaf Road, according to her campaign biography in The Mountain Ear newspaper.

She has served as a volunteer representative for the Sugar Loaf community and has been vice president for the Boulder Valley Education Association, according to her biography.

Kochen said as commissioner she would take a detailed look at building codes and address climate change.

Loachamin is a longtime Longmont advocate who has worked for social, economic and housing justice throughout Boulder County and the Front Range, according to the questionnaire she completed for the Leader.

She recently worked with Community Foundation Boulder County and with the city of Longmont after the 2013 flood. She helped establish the Resiliency For All Project for the State of Colorado Division of Local Affairs, according to her Q&A.

Loachamin is a University of Colorado graduate in ethnic studies, a licensed Colorado educator with a Master’s Degree in secondary education and a national trainer for the Hispanic Wealth Project.

She said if elected she would continue to work with the community in the areas of housing, economic justice and climate action, according to her  Q&A.

Crowder moved to Boulder in 1978 after working as chief financial officer for the Houston-Galveston Council of Governments. Once in Boulder, Crowder started a real estate brokerage and in 1982 started Crowder Mortgage, according to his Leader Q&A.

Crowder said he is trained and experienced in governmental accounting and financial administration. “This experience taught me that knowing where the money goes and making that information available to the public is key to good governance,” Crowder said in his Q&A.

Crowder also said the county government has grown too large and the regulations too extensive. He said he also hopes to turn the tide on every-increasing property taxes in the county, according to the Q&A.