Cheers to the season: Longmont brewers roll out holiday offerings

Local brewers are rolling out a bevvy of beers chock full of special ingredients ranging from baking spice to cranberries and nuts. Here’s a sampling of the seasonal brews to be found around town.
Dec 4, 2020 12:00 PM By: Deborah Cameron 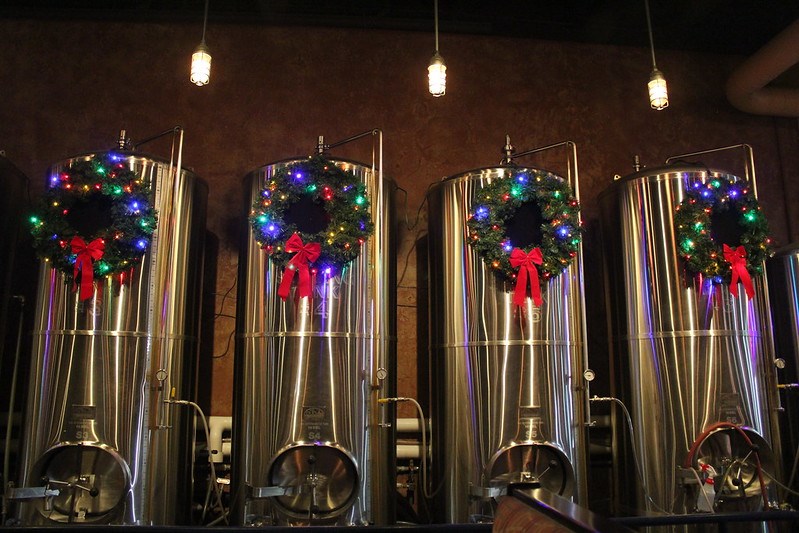 Local brewers are rolling out a bevvy of beers chock full of special ingredients ranging from baking spice to cranberries and nuts. Here’s a sampling of the seasonal brews to be found around town:

Drinkers who are curious about how chili peppers, chocolate, cinnamon and vanilla play with hops and dark malt will want to try this. They’ll find it can be creamy and satisfying with chocolate richness and a small amount of heat that makes the 6% alcohol by volume beer a holiday treat.

300 Suns co-owner Jean Ditslear said the brewer used ancho, guajillo, and pasilla peppers when making the beer. The peppers compliment other flavors but don’t leave your mouth burning, and the stout’s naturally rich and malty flavors are enhanced by the addition of cinnamon, vanilla, black onyx cocoa and cocoa nibs. It is available on tap or in 32-ounce crowler cans. 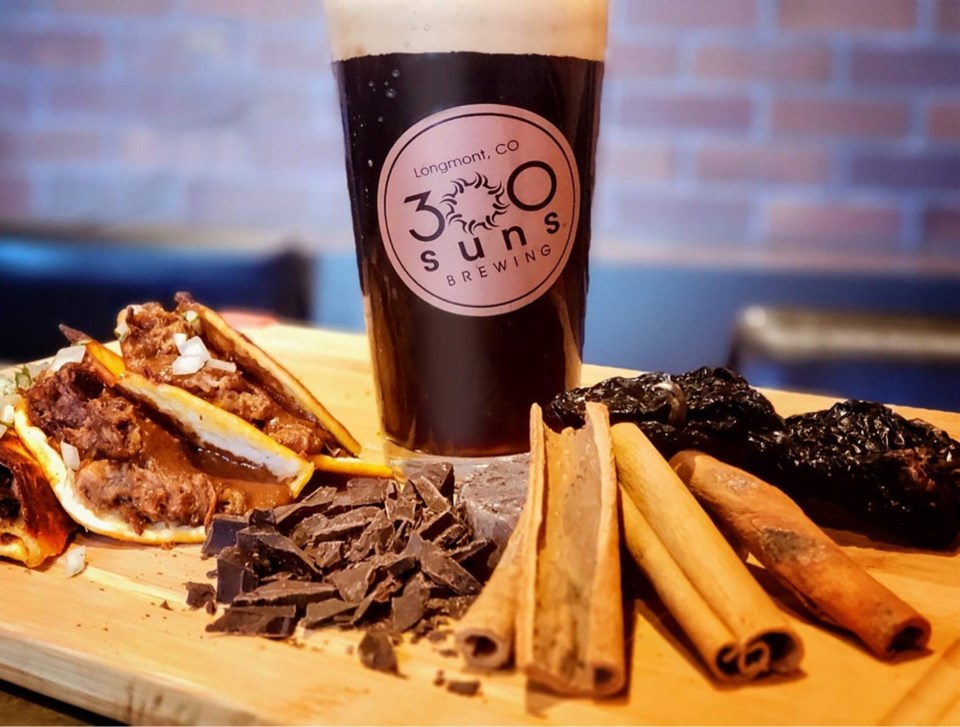 300 Suns Brewing is rolling out a Mexican Hot Chocolate Stout just in time for the 2020 holiday season.(Courtesy photo)

This week, Bootstrap Brewing bottled a limited release of its imperial coffee stout in 750-milliliter bottles. The packaging format makes it perfect for gifting or enjoying with a meal. Customers have their choice of two versions of this 13.5% ABV heavyweight offering, one aged in Woodford’s Reserve Bourbon barrels and the other in PX Sherry barrels.

Bootstrap Brewing’s co-owner Leslie Kaczeus said, ”we loved the beer when we first brewed it and asked ourselves what it would taste like aged in liquor barrels. The result is outstanding. The beer picked up new taste and aroma notes while allowing its original flavor to shine through.” 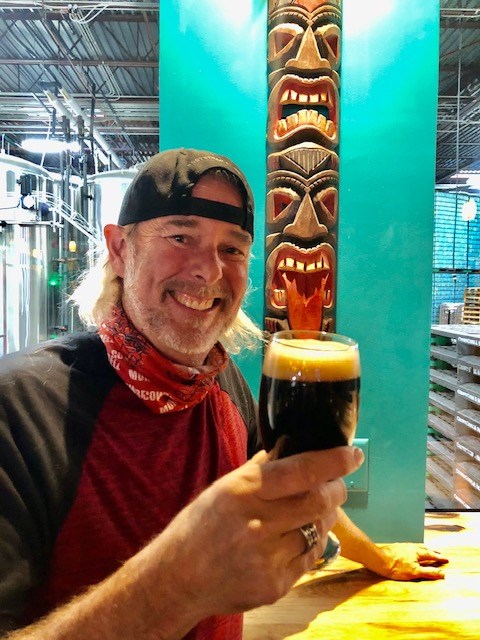 One of Longmont’s oldest brewers has some new releases perfect for this time of year. Last week, it released a limited batch of its St. Vrain Belgian Tripel, which has been aged  for a year in Laws wheat whiskey barrels. It is bottled in single-serving 12 ounce bottles or available on tap.

In addition, a pair of creative variants of Left Hand’s popular Russian Imperial Stout, Wake Up Dead, also are available. Both variants are barrel-aged but the first is flavored with coffee and cinnamon, while the second features cranberries. Tasting room manager Emily Delis said these variants will be available on tap in the tasting room and to go in 32-ounce crowler cans.

Oskar Blues' taproom has some fun, and somewhat potent seasonal offerings. One of its most creative, and most creatively named, is a 10.7 % ABV blend of two imperial stouts called Double Sweater Silk Pajamas. Brewery spokesperson Ally Levise said the first beer in this blend was “aged in combination of first fill casks that previously held XO Cognac, Ruby Port and Petite Sirah wine with wine lees and grape juice.” The second was simply brewed with “loads of malt,” she said. Once blended, it was cold aged in steel for a year and a half prior to packaging.

The brewery also is serving in its taproom a unique Russian imperial stout that was aged in rum barrels and then infused with roasted pistachios. Called BA20 Volume 3, Angel’s Vera, it comes in at 10.3% ABV.

Raise a glass, contribute to a charity: This local brewery is supporting the diversification of the industry one beer at a time
Jan 1, 2021 9:00 AM

Biscuits at Mike’s cooking up delicious food and giving back to the community on Christmas Day
Dec 19, 2020 7:16 AM
Comments