The right spring beers can showcase fruits and other botanicals
Mar 29, 2021 12:00 PM By: Deborah Cameron 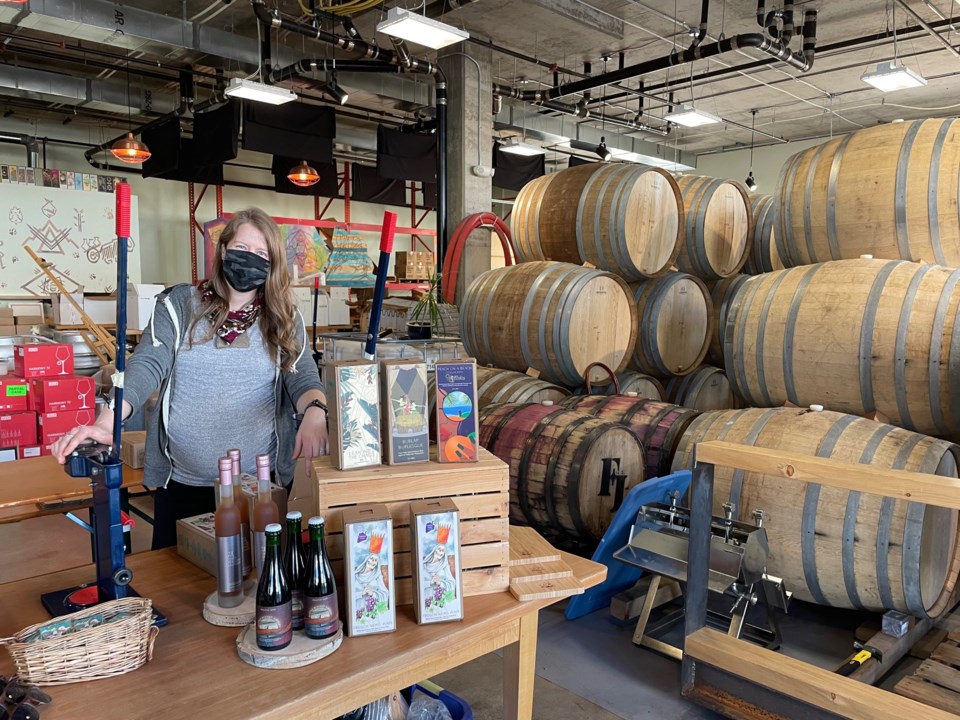 Stouts, winter warmers, and spiced beers have their place. But now that the first days of spring have passed, many craft beer drinkers will find its time to move onto something lighter that embodies the floral aspects and will drink well in warmer weather.

The right spring beers can showcase fruits and other botanicals and Longmont brewers aren’t afraid to experiment with seasonal elements. Not all of these beers are available immediately but should be released through April and into May.

Many Belgian beers have a distinct flavor derived from their yeast. In this selection, those notes are less prominent and the botanically-focused result leaves room to enjoy all of the other things happening in the glass.

This unusual brew took time to create. According to head brewer Michael Hall, once it was conditioned for six months “the beer is transferred into freshly emptied French oak chardonnay barrels from Napa Valley and aged for nine more months. Then it was transferred to a blending and conditioning tank with Bartlett pear puree added.”

The result is a deeply golden beer with a lighter taste that features oaky chardonnay flavors. It’s crisp, different, and well suited to the warmer months of the year.

Moscow Mule: A pale ale with ginger and lime, available this spring at Left Hand Brewing

When the weather gets warm, it's nicer to enjoy something lighter and refreshing. Inspired by its namesake cocktail, this brew fits the bill, but with a lively kick from citrus-forward hops that beer fans will appreciate. In addition, ginger, lime and lime peel add tartness and a degree of heat.

Although this beer won’t be available until later in spring, it isn’t the first time beer fans could buy it. It was initially part of a limited release “crazy limited test kitchen beer” that were part of a mixed pack, but beer drinkers appreciated it so much, the brewer is returning it as a stand alone offering.

“It’s super-citrus-y, with a ton of guava, really nice,” she said. Like most of their beers, it's easily drinkable, presenting at about 5.5% ABV.

Dual versions of the beer will be released one with chinook hops and the other with cascade hops. While describing at the sales table at the front of their taproom, Bolt said the beers should be “spring-y”  and quickly clarified what that meant, “They’ll be refreshing, bright, and chuggable.” That sounds well-suited to the temperate, longer and sunnier days ahead.

The radler is a classic warm weather drink that’s become more popular in the last few years. This is a standard and widely available version that’s made with the brewery’s Helles lager and house blended raspberry lemonade.

So far, it’s become a favorite of beer drinkers looking for something refreshing. In addition, Wibby releases plenty of classics, such as grapefruit, strawberry, pineapple, and mango flavors.

Guava Rodeo: A sour ale brewed with guava and tangerine, available now at Oskar Blues taproom and in liquor stores

Lighter sour beers can be a refreshing spring and summer staple that’s an alternative to more malt-forward options. Guava Rodeo’s tangerine additions make it citrus-y, but it gets an additional tart punch from lactic acid and is balanced with a sweeter taste from the guava.

Just released in March, curious drinkers who want to try it out can find it throughout the area. It’s widely available at liquor stores to have on hand at home, as well as in the brewer’s Longmont taproom.