“At the beginning, this was more of an adventure,” manager Sean Fuller said. “Now it’s more of a business. We’ve just tried to hang in there. Adjusting the staff, the hours and we’ve been doing OK."
Dec 6, 2020 10:00 AM By: Matt Hagerman 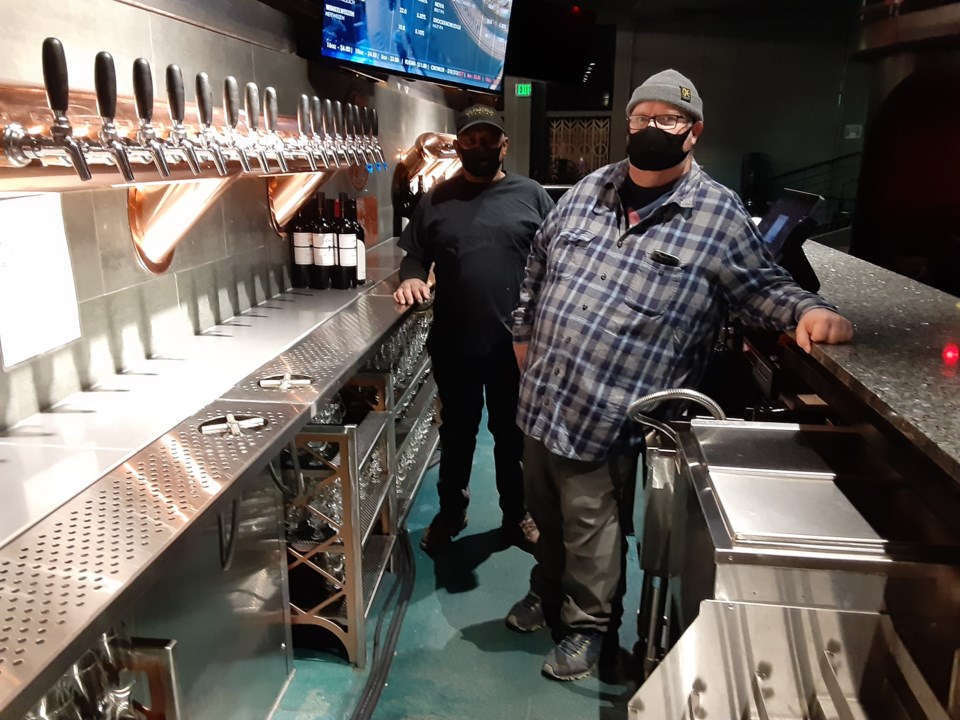 It’s a difficult and bizarre time to start a new food and beverage business. But Longmont’s  Outworld Brewing science-fiction theme makes sense for a place that opened in February.

“At the beginning, this was more of an adventure,” manager Sean Fuller said of opening right before the coronavirus pandemic hit. “Now it’s more of a business. We’ve just tried to hang in there. Adjusting the staff, the hours and we’ve been doing OK. We had a lot of good entertainment lined up before we were shut down for a second time. We were just catching fire.”

It was quiet Wednesday evening as the brewpub launched its new Imperial Hop Cannon IPA. Some customers came for takeout food and beer but just like in March and April, drinking and dining inside is not an option right now because of COVID-19 related restrictions. Neither is presenting live jazz, funk or DJs like Outworld had on its schedule.

The only people enjoying the futuristic atmosphere inside the brewery in an unassuming business park off of Colo. 119 on Wednesday were head brewer Michael Hall and Fuller, who runs the brewpub along with his brother, Brian Fuller, and sister-in-law, Brenda Fuller. Right now, the slick dining area that resembles something out of “Star Trek” and includes cozy escape pod booths, is empty. Yet the team is confident it has found the right place, just inside the Weld County line. 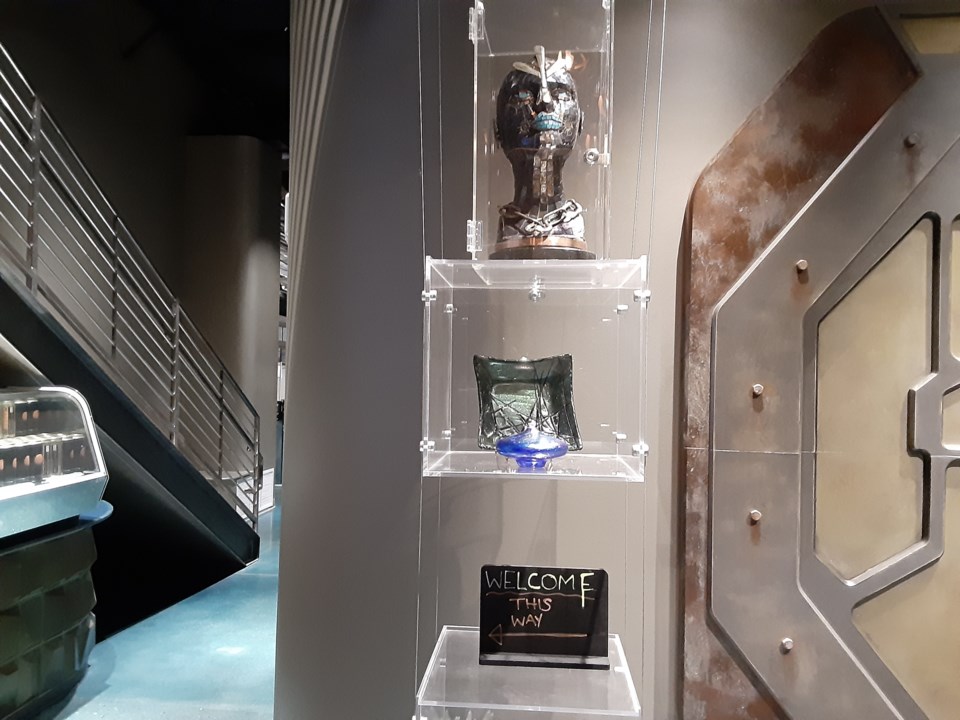 Outworld Brewing, which opened in Longmont in Feburary 2020, sets itself apart with its sci-fi theme. Co-founder Brian Fuller said the vision "is to try to put people in contact with the universe.”(Photo by Matt Hagerman)

“When you first walk in the door this is kind of surprising,” Sean Fuller said. “That’s what we like about the building. It doesn’t look like this is going to be in here.”

The Fullers all have different backgrounds and are transplants from the northeastern United States. But they have combined their interests and experiences to try something new.

“My wife Brenda is a food and facilities attorney so she has years of experience,” said Brian Fuller. “My brother Sean is a craftsman and contractor who, along with others, helped design and build the unique aspects of the brewpub. Myself, I’m a home brewer, as well as someone who is very familiar with some of the scientific underpinnings of brewing. My sister, Nicole Elgh, really put together an outstanding business plan and marketing summary that allowed us to get not one, but two small business development loans. So we had a collective amount of experience, but as a group we had never done anything like this.”

Outworld Brewery is the only Black-owned brewery out of more than 100 in Boulder, Larimer and Weld counties, according to data compiled by the Boulder-based Brewers Association.

But Brian Fuller said he doesn’t see any need to emphasize Outworld’s ownership.

“We’ve just always been somewhat risk-takers and believe in the notion that fortune favors the bold. We do represent something that can be viewed as unique, but I think it’s a natural outreach of who we are as a group,” he said. “ I can see it as a trend that’s going to increase so I don’t assign any special significance to it myself.”

Brian Fuller said the the sci-fi theme is key to the all-inclusive atmosphere.

Added Brian Fuller, “Almost every sci-fi fantasy saga, at some point, there’s a cantina or a bar where libations are being served. That kind of gave the concept some validation when we were coming up with it in 2014 and 2015. Our vision is to try to put people in contact with the universe.”

Head brewer Hall has moved a lot over the past 21 years as a brewmaster in Colorado, Montana and Nebraska. He worked at Oskar Blues for several years and can take credit for crafting its heavy-set Ten Fidy Imperial Stout. Now he wants to emphasize Belgium beers and lagers at Outworld, although it offers a variety of beer types.

“To move up, you have to be willing to move to take head brewer’s jobs,” Hall said. “So that’s what I did to progress. With Belguim-style beers all the way around, we’re trying to separate ourselves from the rest, but now everybody does a little bit of everything. The sci-fi theme for one, is our little niche.”

Hall said he thinks his new home has done well considering the obstacles a pandemic can present. Although he would certainly appreciate more help from legislators.

“We’re trying to do everything we can right now without the aid of the state or federal government,” Hall said. “They’ve all gone on vacation on us while they shut us down.”

Outworld Brewery is currently open for food and beer takeout from 11 a.m. to 7 p.m. Wednesday through Saturday.

Correction: Outworld Brewery is the only Black-owned brewery out of more than 100 in Boulder, Larimer and Weld counties, according to the Boulder-based Brewers Association. Larimer County was omitted in the original posting of this story. 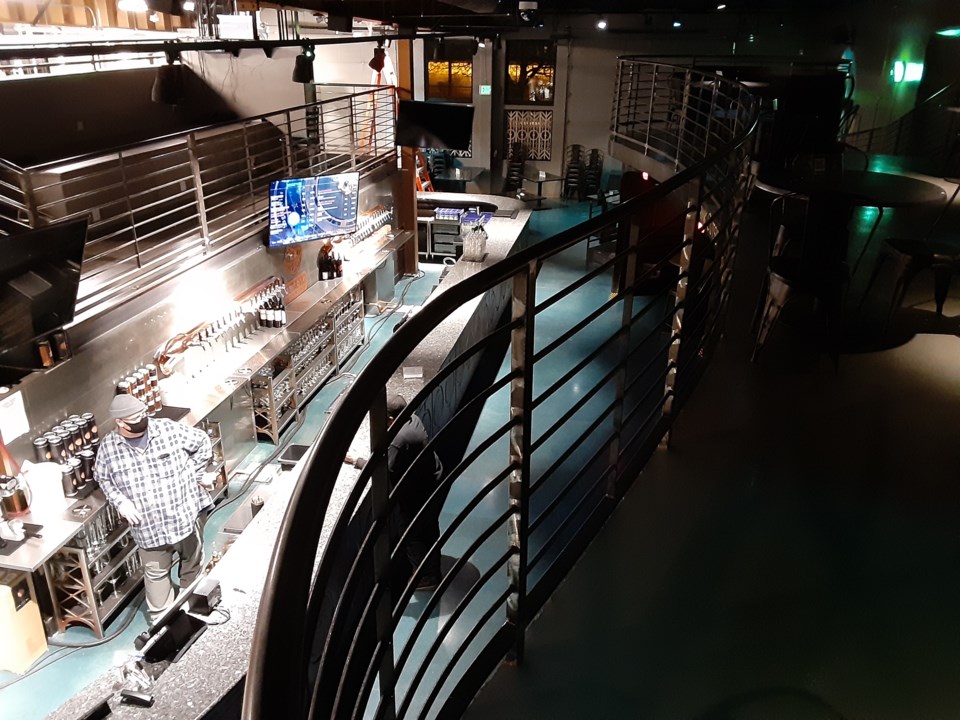 Raise a glass, contribute to a charity: This local brewery is supporting the diversification of the industry one beer at a time
Jan 1, 2021 9:00 AM

Biscuits at Mike’s cooking up delicious food and giving back to the community on Christmas Day
Dec 19, 2020 7:16 AM
Comments