“It’s been a joy to see all of these other farms popping up. There’s definitely a resurgence in small farming. It’s been exciting. It’s just getting great to be here.”
Oct 12, 2020 9:00 AM By: Deborah Cameron 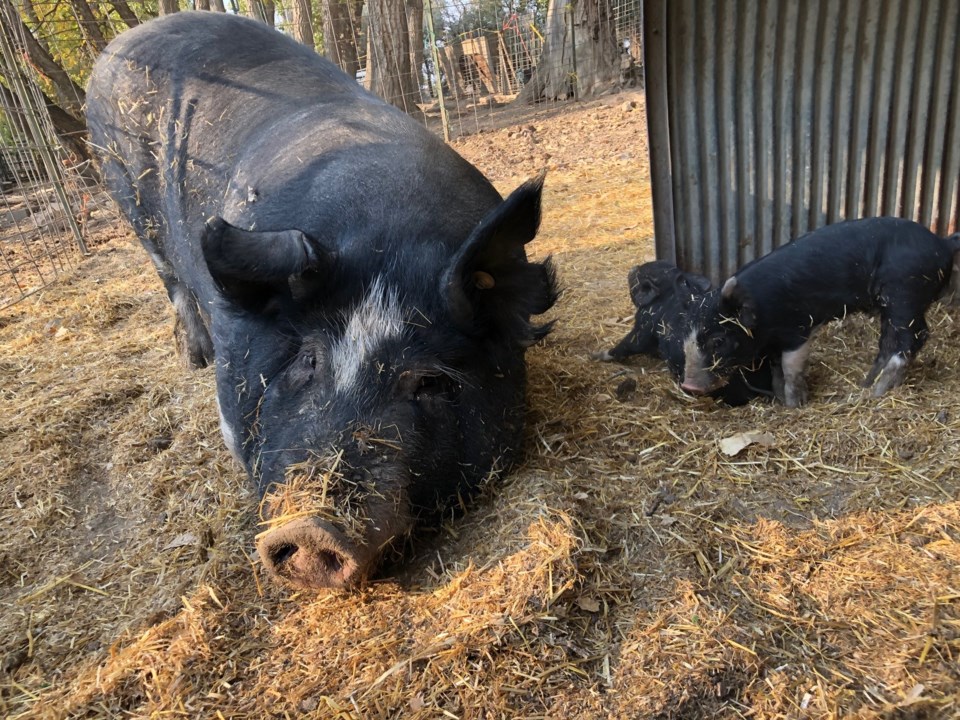 Some of the 100 hogs raised by Buckner Family Farm. (Photo by Deborah Cameron)

Though future-focused tech industries thrive in Longmont, there’s still room for businesses that hearken back to the community’s agricultural roots. Buckner Family Farm proves the point. Located on North 75th Street, the ranch is an easy walk to Seagate Technology’s campus, but its livestock is a world away from hard drives and computer components.

The farm is as peaceful as it is busy. On a recent afternoon, owners Clint and Mary Kay Buckner were hosting a couple planning to open their own restaurant. The Buckners talked to them in their kitchen while sampling bacon and a plate of colorful mochi doughnuts. They talked over a cluttered kitchen island where a fully roasted chicken sat on a purple recipe binder marked, “savory.”  Next to the group, large windows showed the expansive sheep pasture.

The farm supports 100 hogs and nearly 600 ewes and lambs, all of which are grazed in areas throughout the county, according to Clint Buckner. Extending its business further, the farm has built a working arrangement with a neighboring four-generation ranch.

The business relationship the Buckners have with their neighbor demonstrates their approach to healthy, community-focused ranching. Clint Buckner said the herd of 400 heritage breed registered shorthorns is one of the largest in the country. As part of the agreement with the neighboring rancher, Buckner requested the traditionally corn-fed cattle be converted to grass-fed. After discussion, the rancher agreed.

“It’s an informal partnership but it works great for both of us,” Buckner said. “He raises the cows, we help each other out when we can, and I sell the beef for him.” 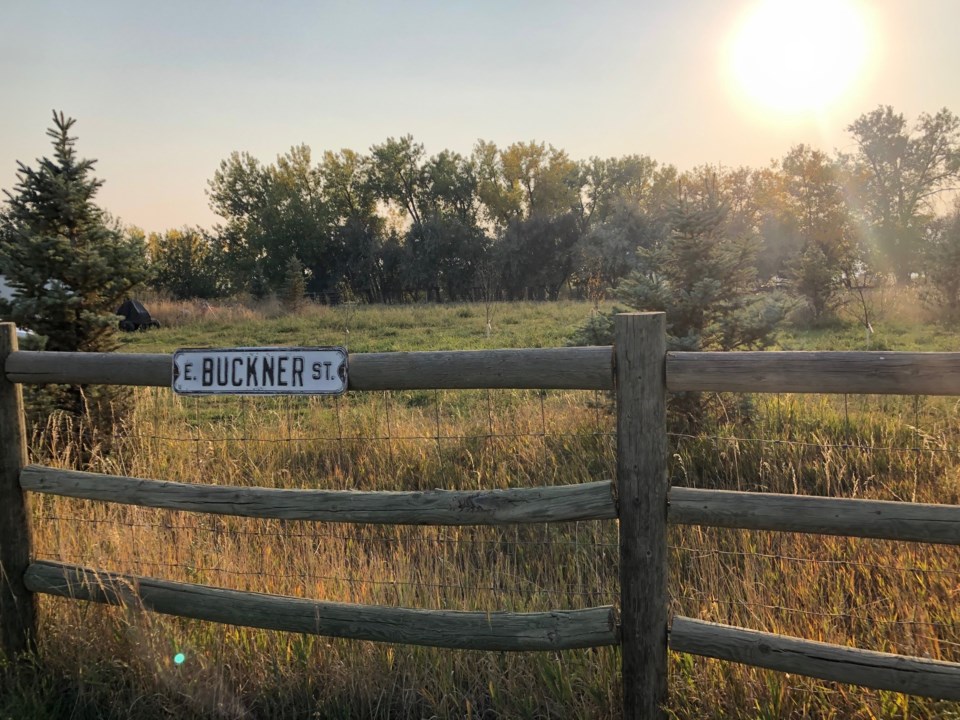 For Clint Buckner, who owns Buckner Family Farm with his wife, Mary Kay, the business is more than just producing a product, it is contributing to a healthier way of life for customers and supporting a local resurgence in small farm agriculture. (Photo by Deborah Cameron)
Until recently, the Buckner farm served primarily wholesale customers, but this year, things shifted as restaurants experienced extended COVID-19-related closures. As with so many other businesses, the Buckners had to pivot and began selling to individuals. Now their meat is available in smaller quantities online at bucknerfamilyfarm.com.

Sean Gafner, owner of The Roost, Jefe’s and Smokin’ Bowls in Longmont, said, “As I got to know them, it quickly became clear that this is the family that I want raising my beef, pork and lamb. They always do what is right by the animal and by the land, no matter how much harder it means they have to work.”

Working in the area’s natural foods industry is part of the family’s current lifestyle and part of its past. Clint and Mary Kay Buckner met in 1990 when they both had jobs at Alfalfa’s. Restaurant owner Bianca Retzloff grew up in the family that owned Alfalfa’s when the Buckners worked there. She now runs Erie’s 24 Carrot Bistro with her husband, chef Kevin Kidd.

“I’ve known Clint since I was a kid and he worked in the meat department. He’s always been so knowledgeable about livestock and butchery. Fast forward 25 years and he’s now one of our most valued vendors,” Retzloff said.

Buckner is proud of his work and of being part of the agricultural community in the area. He talks about connecting with other agricultural businesses here, from the rancher next door to a mushroom grower in Firestone to local beekeeper and Highland Honey maker Tim Brod, who is currently featured on the farm's website.

For Buckner, his business is more than just producing a product, it is contributing to a healthier way of life for customers and supporting a local resurgence in small farm agriculture.

“It’s been a joy to see all of these other farms popping up,” Buckner said. “There’s definitely a resurgence in small farming. It’s been exciting. It’s just getting great to be here.” 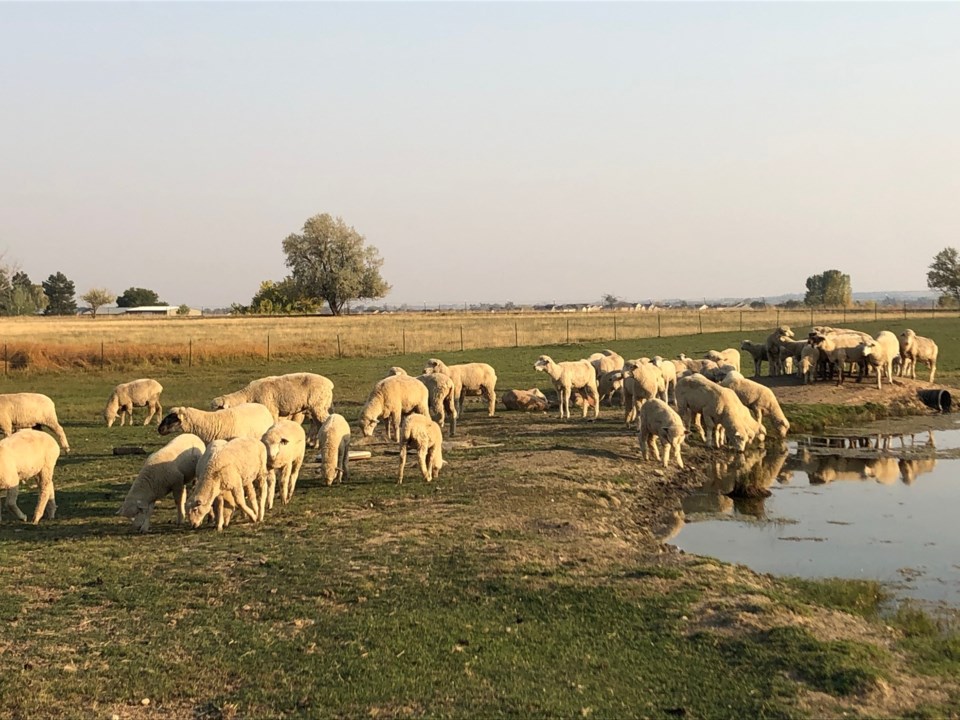 Some of the 600 ewes and lambs raised by Buckner Family Farm.(Photo by Deborah Cameron)

Longmont funeral home becomes family owned once again
Oct 26, 2020 11:00 AM
Comments
We welcome your feedback and encourage you to share your thoughts. We ask that you be respectful of others and their points of view, refrain from personal attacks and stay on topic. To learn about our commenting policies and how we moderate, please read our Community Guidelines.