Founder Brandon Knudsen talks about Ziggi’s expansion, which recently earned it a spot on the top half of Inc. magazine’s list of the top 5,000 fastest-growing companies.
Sep 14, 2020 1:00 PM By: Deborah Cameron 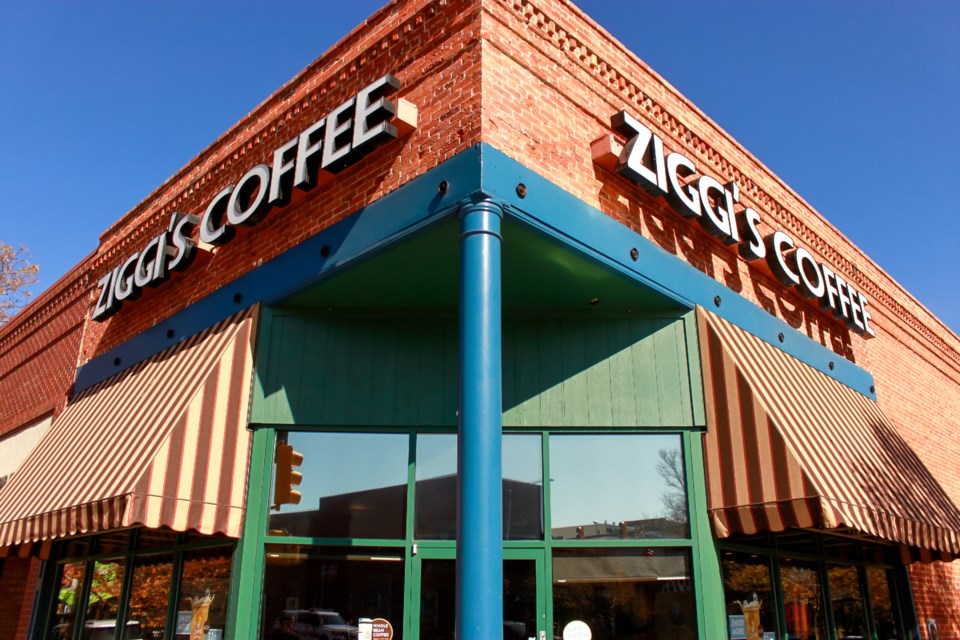 When you say Ziggi’s Coffee to someone from Longmont, it conjures up a lot of things. For some people, it’s  where locals go to get their caffeine fix, to pick up a quick breakfast on the way to work, for tired moms to get together, or to hold a meeting.

For others, it’s the Longmont-grown business that was founded in 2004 by a young couple and has since grown to be part of the community. Now, the original store on Main Street in Old Town is joined by three other locations in the city with a fifth on the way — a combination drive-thru and café coming to Colo. 66 and Pace Street.

Then there’s a third thing Ziggi’s means to people — the chance to see a Longmont-born brand established throughout the country. As you drive through other parts of Colorado, and into at least nine other states, the familiar logo can be found there.

Ziggi’s is the most recent in a series of Longmont businesses to expand nationally. JC Penny, Lefthand Brewing, Oskar Blues and Sticker Giant, all put down roots here before growing.

Ziggi’s recent stats show its potential to keep growth going. According to owner Brandon Knudsen, by the end of 2020 he anticipates the company will do a little over $21 million in revenue. Ziggi’s growth and potential for more have drawn national attention: It earned a place in the top half of Inc. magazine’s ranking of the top 5,000 fastest-growing companies in the United States. It joined five other Longmont companies there: Limina, CanSource, Realware, Acertara Acoustic Laboratories, StickerGiant.

Some of Ziggi’s success was born out of the public’s love of coffee. Other parts of it are connected to the company’s focus on franchising that began in 2017, when Knudson and his wife, Camrin, looked into ways they could translate their knowledge of the business into growing other successful locations.

“We had such a strong foundation for the business that we mastered the process. We’ve taken our time. We were ready for it,” Brandon Knudsen said

Stephen Anderson became the company’s first franchise owner when he purchased his location in Loveland. He now owns four Ziggi’s stores and has one in development. He said with the first location, there was a lot of learning together and Knudsen embraced it.

“We had our ‘coming soon’ sign up for a year while we worked things out. When we opened, we opened with a bang,” Anderson said.

Knudson also credits Ziggi’s success to many employees being local and said their years of experience helps them to support the company’s growth and teach others how to run their business. One example is the Niki Ribera, the director of operations, who opens stores with new franchise owners. She started as a cashier at 16 and grew with the company.

The company has 24 locations, seven of them owned by the Knudsons. By the end of 2020, he expects that number will grow to 28 with even more locations opening in January. Overall, between opened stores and completed franchise deals, he is planning for 75 locations that will be open at some point in time.

The franchise concept seems to be working.

While store business was negatively impacted by the coronavirus pandemic, drive-thru location revenue increased Ziggi’s business by 88% over last year.

“It was (customers’) safe way to get a treat. They’d go through the drive-thru, say ‘hi’ to a real person, and then go back and do whatever they were doing before,” Knudson said.

When asked for his advice for those looking to open in Longmont, Knudson said, “If you’re opening here, remember Longmont people love supporting Longmont people, and the Longmont business community is so strong. When I look back, we got involved and the Longmont community supported us through our earliest years. We found that if you show a little sincere involvement, the word will get out.”

Wanna work at Alfalfa's? Soon-to-open Longmont store holding job fair this week
Sep 16, 2020 11:02 AM
Comments
We welcome your feedback and encourage you to share your thoughts. We ask that you be respectful of others and their points of view, refrain from personal attacks and stay on topic. To learn about our commenting policies and how we moderate, please read our Community Guidelines.