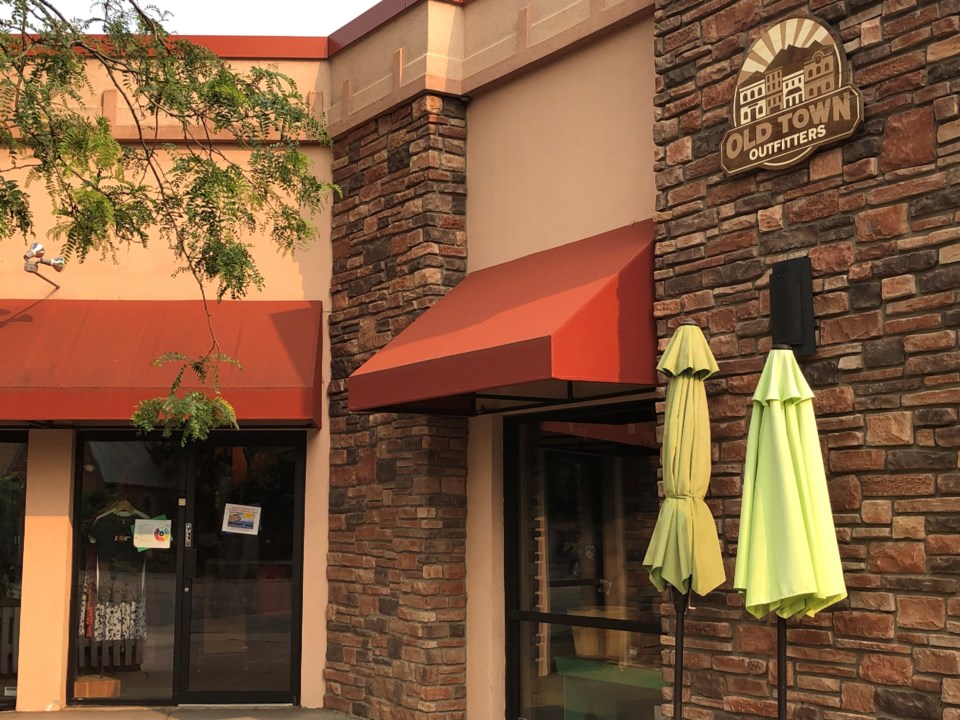 Old Town Outfitters announced yesterday that it will be closing its doors later this month.

The local outdoor apparel store has been a staple for highlighting local outdoor adventures in Longmont for 10 years, taking over the corner spot on Fifth Avenue and Main Street. The spot was originally occupied by the owners’, Blake and Tamar Hendricks, other store Crackpots, which moved one door down.

Old Town Outfitters set out to educate others of local adventures found in the Longmont community while bringing a focus to the city’s history through chalkboards, bingo cards, passports and social media, states a news release by the store.

“From local farm adventures to bird-watching to finding the best spot to go sledding, we were always trying to spark ideas to get people out and about locally. We set our sights on instilling a sense of pride in our town and proved that clothing retailers can succeed in Downtown Longmont,” Blake Hendricks said in the news release.

For the Hendricks, closing the doors is bittersweet.

“The Longmont community has been super supportive of our little store over the years. We have enjoyed getting to know so many folks and sharing local adventure tales. We are extremely grateful for an awesome 10 years, but it’s time for us to move on to other things,” Blake Hendricks said.

The couple anticipates the store closing on July 31, however, it may be sooner if all the remaining merchandise is sold prior to that date. Anything not sold will be donated to local charities “as so many folks are in need during these unprecedented times,” Blake Hendricks said in the press release.

The Hendricks’ other store, Crackpots, will remain open.