The 20th anniversary was something the company was looking forward to starting in January, but it wasn’t long until they realized they were going to have to re-evaluate their plans.
Herman Guzman-Ibarra
Nov 20, 2020 12:00 PM

Every sticker has a story — that’s the driving force behind StickerGiant, the largest sticker and label manufacturer in Colorado. Initially founded in 2000 and set up in Hygiene, the Longmont company has had a plethora of achievements over the past two decades, from registering National Sticker Day to creating the world’s largest sticker ball, affectionately named Saul.

Recently, it celebrated its 20-year anniversary and highlighted that achievement in its own way — looking back on how the company has evolved.

“The growth has been nothing but fantastic for all the ‘giants’ that contribute every day. There’s people that have been here for five, 10, even 15 years,” said Jesse Freitas, director of marketing for StickerGiant. “Right now we have 99 employees, up from about 79 from the beginning of the year. We’re on track to have over 100 by the end of the year, too.” 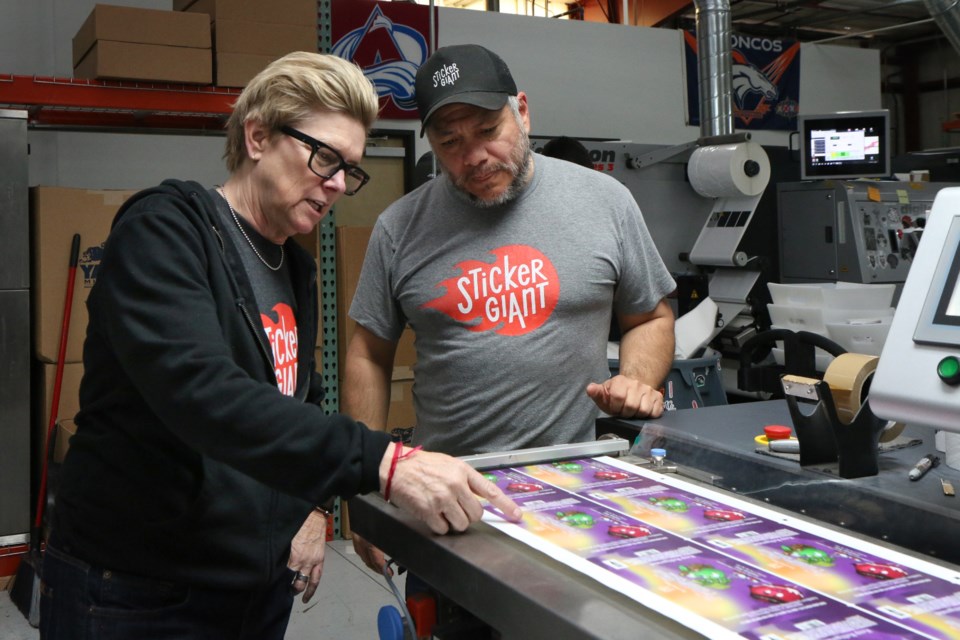 Beth Smith and Ed Olivo are checking the print quality at one of our digital presses. (courtesy photo)

Beth A. Smith, chief operating officer of StickerGiant, said the company’s success is rooted in the quality of its staff.

“Our ongoing success is a testimony to our giants’ commitment and love for each other and our company — this is what makes our growth engine meaningful, and what fuels internal relationships that foster trust in innovative thinking and process improvement,” she said.

While the year has been unpredictable, StickerGiant adapted to the challenges it faced. The 20th anniversary was something the company was looking forward to starting in January, but it wasn’t long until they realized they were going to have to re-evaluate their plans.

“Going into this year, we had the anniversary on our minds and made it (known) that we had something big planned. It’s a milestone that not every business gets to,” Freitas said. “However, the pandemic made it hard to make it a big celebration.”

Despite the uncertainty early on, it became evident that other businesses still needed labels for their products, especially for items such as hand sanitizer and disinfectant. Focus shifted from an even split on stickers and labels to a greater emphasis on the latter. Freitas also mentioned the transition to fully digital business during this time was smoother than expected. 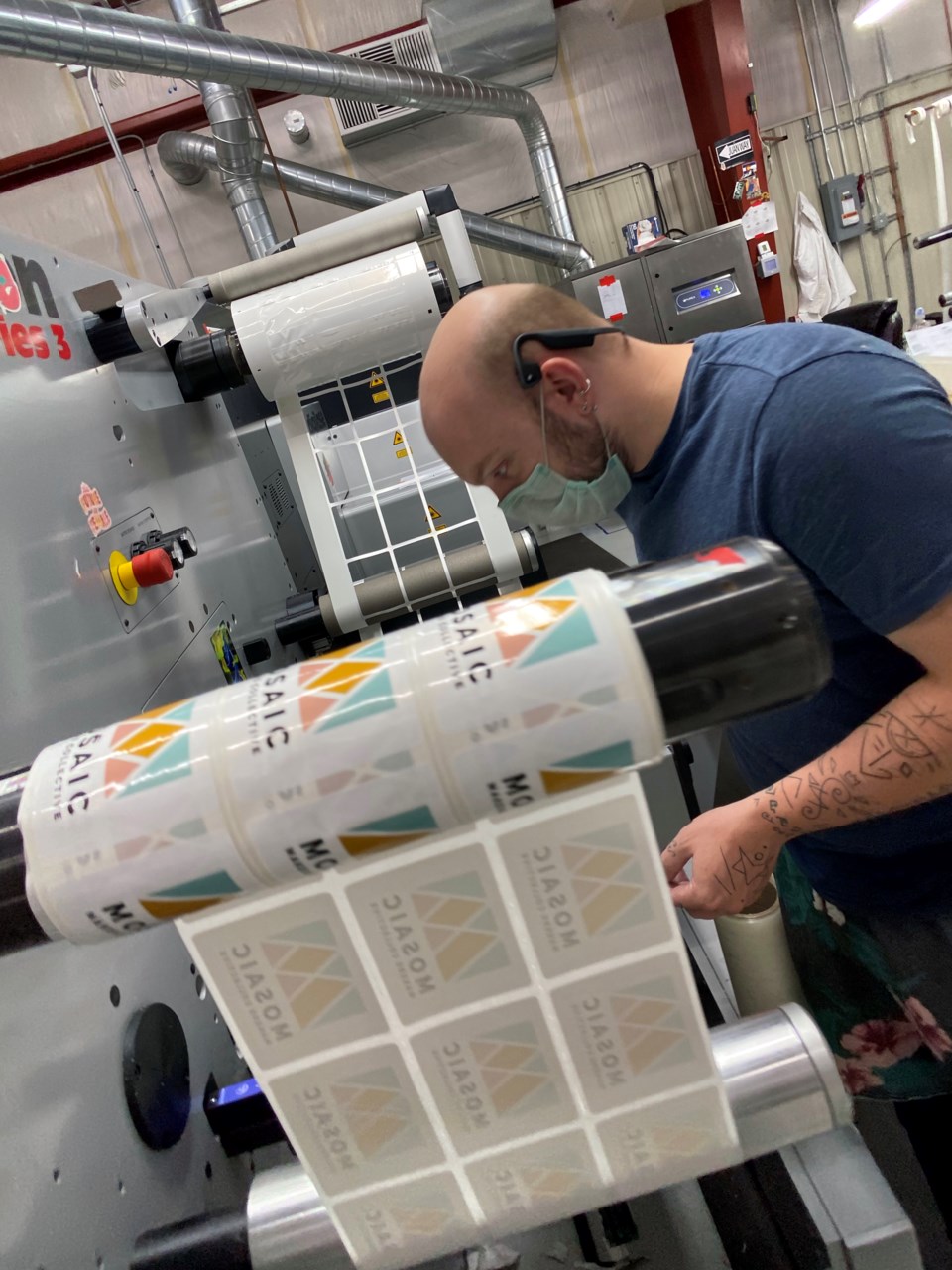 One crucial decision was to keep the budget for advertising the same, instead of cutting back to save on spending. This choice allowed StickerGiant to continue to keep casting a wide net to a large market.

“It was a very organic change, especially for previous clients. All our traffic comes from web searches and we’ve always been e-commerce driven. We had the foundation to be in business during a pandemic,” Freitas said. “People do need what we’re offering.”

Despite facing uncertainties, Freitas is optimistic for the future of the business and looks forward to bringing the public back to get a glimpse of what it does every day.

“There wasn’t a huge negative impact on closing our doors, but I can’t wait for the day it’s possible to open back up, do the tours again and let Saul have some visitors,” Freitas said.

Local woman partners clients with goats and horses to get to the heart of their troubles
Nov 27, 2021 8:00 AM
Comments

Get ready for this year's 'Merry & Bright' Longmont Lights Parade!