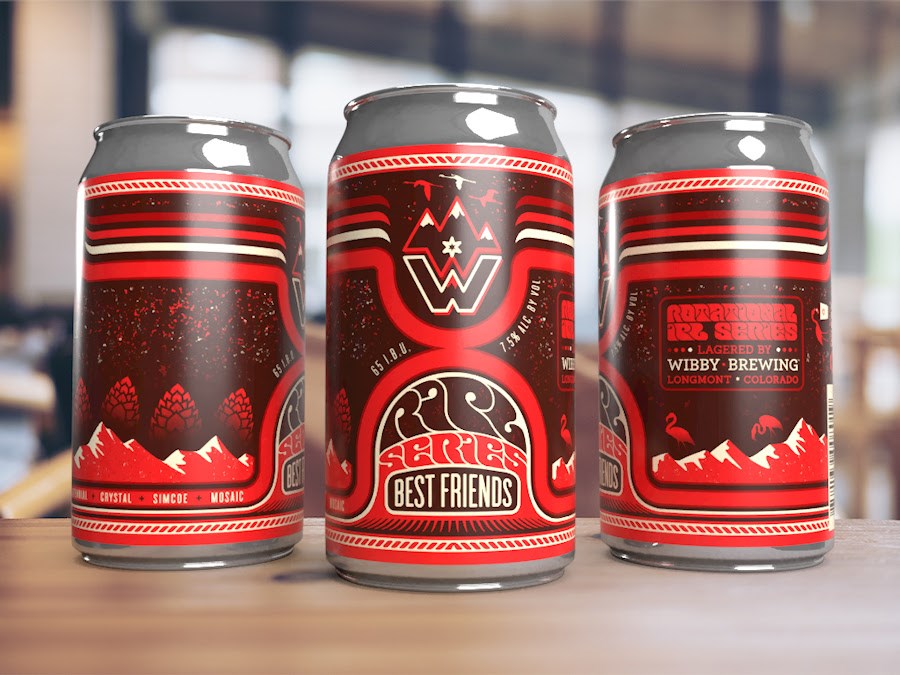 While attending a brew school in Berlin, Germany, Brewmaster Ryan Wibby was inspired to create a new craft beer for Wibby Brewing's RIPL series. This beer has been labeled Best Friends.

Best Friends uses the same hops that are found in the origninal Wibby IPL, a combination of Cascade, Centennial, Crystal, Simcoe, and Mosaic hops. However, at a rate of five pounds of hops per barrel, all 75 pounds are used in the last 15 minutes of the wort-boil. "This technique shows how brewing processes can create different products while using the same raw materials," states a press release from Wibby Brewing.

Best Friends is a yellow, medium-bodied, hoppy lager. The unique brewing process used give the product a soft bitterness accompanied by an intense hop flavor and aroma.

At 7.5% ABV and 65 IBU's it is Wibby Brewing's hope that the beer "broaden beer drinkers' perception of craft lagers as a style."

Best Friends will be released on Thursday, May 2. Only a limited amount of kegs and cans will be available at select accounts. However, patrons can visit the Wibby Brewing taproom, 209 Emery St., Longmont, to try the latest installment of the RIPL series.

Longmont EDP, Cornerstone Home Lending launch "Longmont Start to Home"
May 21, 2020 9:40 AM
Comments
We welcome your feedback and encourage you to share your thoughts. We ask that you be respectful of others and their points of view, refrain from personal attacks and stay on topic. To learn about our commenting policies and how we moderate, please read our Community Guidelines.