Agrivoltaic farm in Longmont hopes to foster community engagement by inviting an artist to participate in its 2021 program.
Feb 20, 2021 9:30 AM By: Heather A. Davis 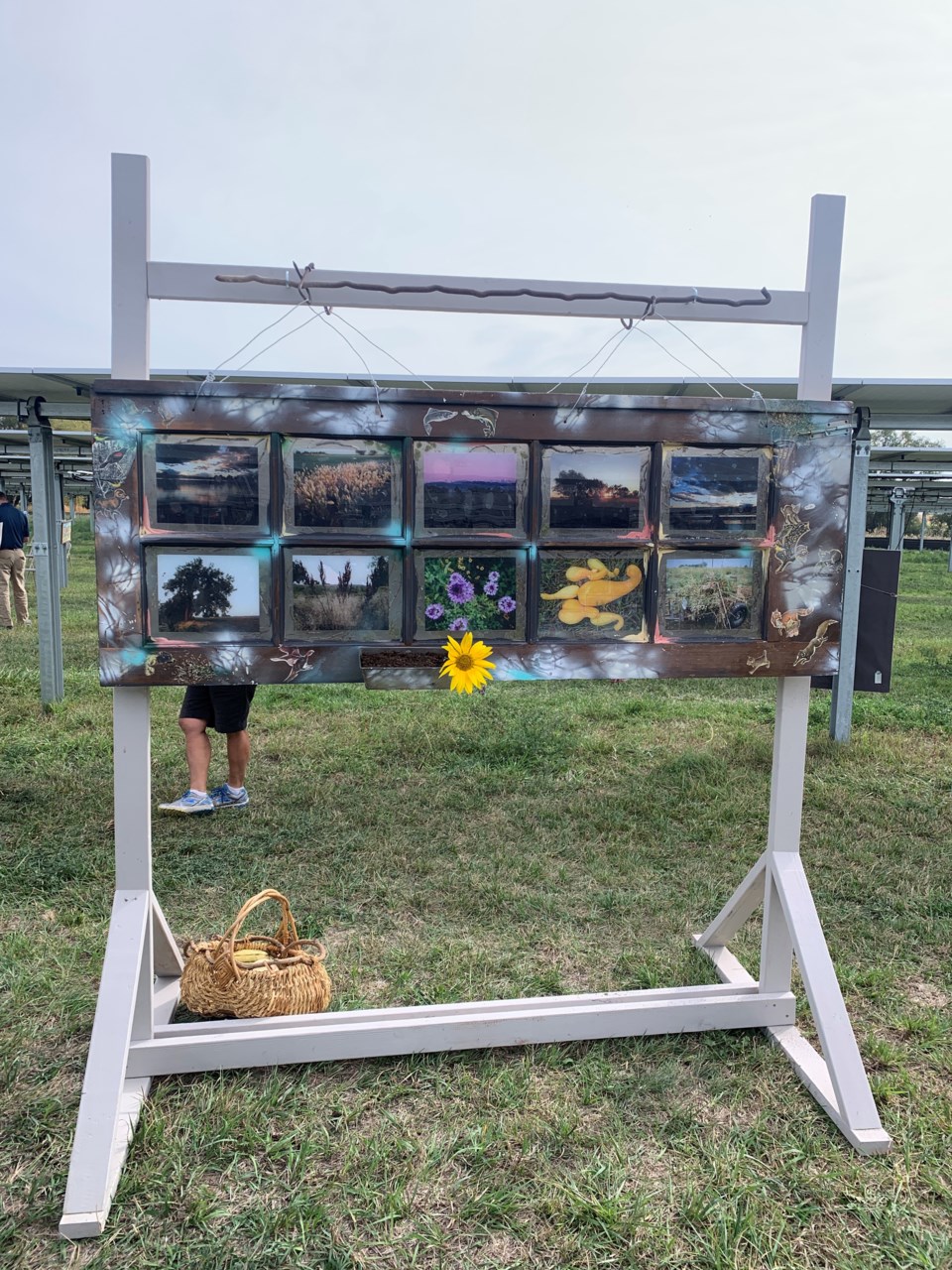 One of Rachael Scala's works completed during her 2020 residency at Jack's Solar Garden in Longmont.Courtesy photo / Rachael Scala

A little art, a little sunshine and a lot of community spirit.

Jack’s Solar Garden is focusing on all three with its 2021 artist residency, Artist on the Farm. The program aims to help artists find inspiration on the farm and sell their art through social media, letters of recommendation and events at the garden.

Jack’s Solar Garden is the largest “commercially active agrivoltaic system” in the United States. It produces enough power for more than 300 homes in Boulder County, partners with researchers, provides education for kids about solar power and agriculture, and is involved in efforts to help repopulate pollinators.

The artist residency program began last year when Jack’s Solar Garden owner Byron Kominek decided he wanted to incorporate art into his farm. Through conversing with friends he found out Rachael Scala was an artist and a permaculturist — a person who practices sustainable food and energy production — who was interested in what the farm was doing.

Before beginning her 2020 Jack’s Solar Garden residency, Scala said she was part of a Boulder Permaculture planting project that sent approximately 20 artists to the farm to install a living fence, planting trees and shrubs meant to attract pollinators.

“It was pretty cool because it was right at the beginning of COVID and Byron gave us a farm tour and oversaw the whole planting day and mentioned he was looking to bring art into the mix of Jack’s engagement with the world,” Scala said.

At that time, Kominek mentioned his thoughts on starting a residency program, in which Scala expressed her interest and landed the 2020 post.

“I had full creative rein so it was kind of a big intimidating umbrella at the beginning. But I decided to just run with it and it was really awesome and cool to know more about what Jack’s is doing and watch the solar array get installed,” Scala said.

Scala was able to incorporate items she found on the farm with pieces from Eco-Cycle and her photography. Some of the items she created will stay on the farm for people to enjoy during their tours, while others are for sale and can be inquired about on her website.

The 2021 artist residency program begins in April and runs through September, with a gala being planned to showcase the artist’s work at the end of the season.

Applications for the residency are being accepted through March 3. Applicants are required to be Boulder County residents and are asked to submit a 5-minute video and a two-page written document or two collages of photos that show their vision for the project.

Additionally, the application asks artists to share their previous experience, style and intentions for engaging with the community to teach them about Jack’s Solar Garden.

Artists will receive “extra credit” if their art can be replicated, according to the Jack’s Solar Garden website.

“(If) we can replicate (it), then it would be great to figure out a means in which we could generate additional revenue by either putting that on bags or other things that people might want to take home with them,” Kominek said.

The artist in residence will receive a $1,000 stipend, which will be given in $500 increments at the beginning and end of the season.

Scala’s advice for the future artists in residence at Jack’s Solar Garden is “don’t be afraid to ask for help and push yourself.”

“It’s an amazing opportunity to connect with our greater community and with Jack’s subscribers,” she said.

Artists can submit applications by emailing Kominek at byron@jackssolargarden.com. The 2021 Artist on the Farm resident will be announced on March 22. Questions also can be emailed to Kominek and more information is available on the Jack’s Solar Garden website.

“I like the idea of it because it helps bring in the community, and (get the word out about) something out that’s going on,” Kominek said. “I like the idea that hopefully, if other solar companies see what we’re doing out here, maybe that will entice them to think about doing something similar.” 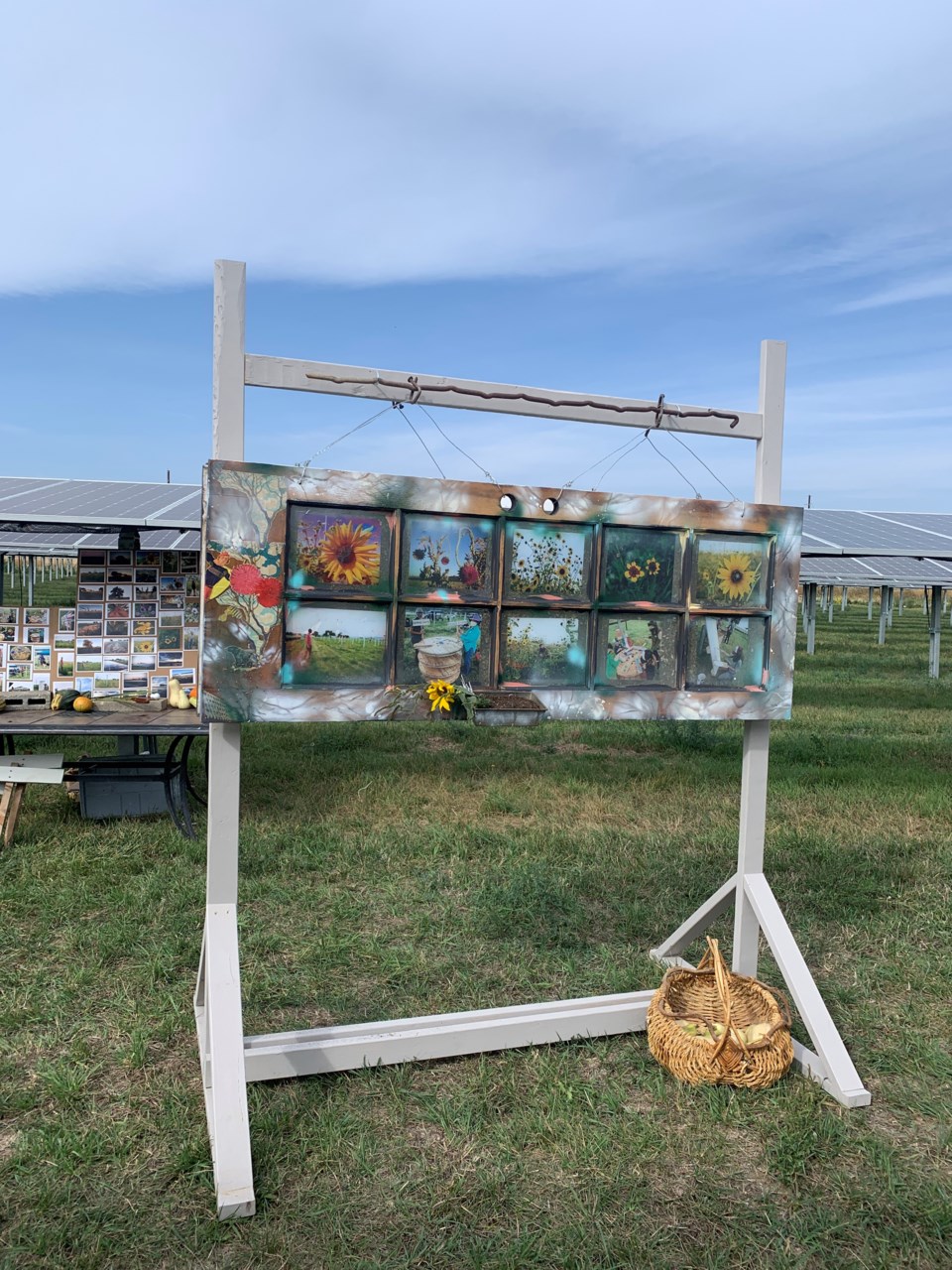 One of Rachael Scala's works completed during her 2020 residency at Jack's Solar Garden in Longmont. Courtesy photo / Rachael Scala

SVVSD expects staff COVID vaccinations to be complete by spring break, after which students will return to school four days a week
Feb 25, 2021 8:00 AM
Comments