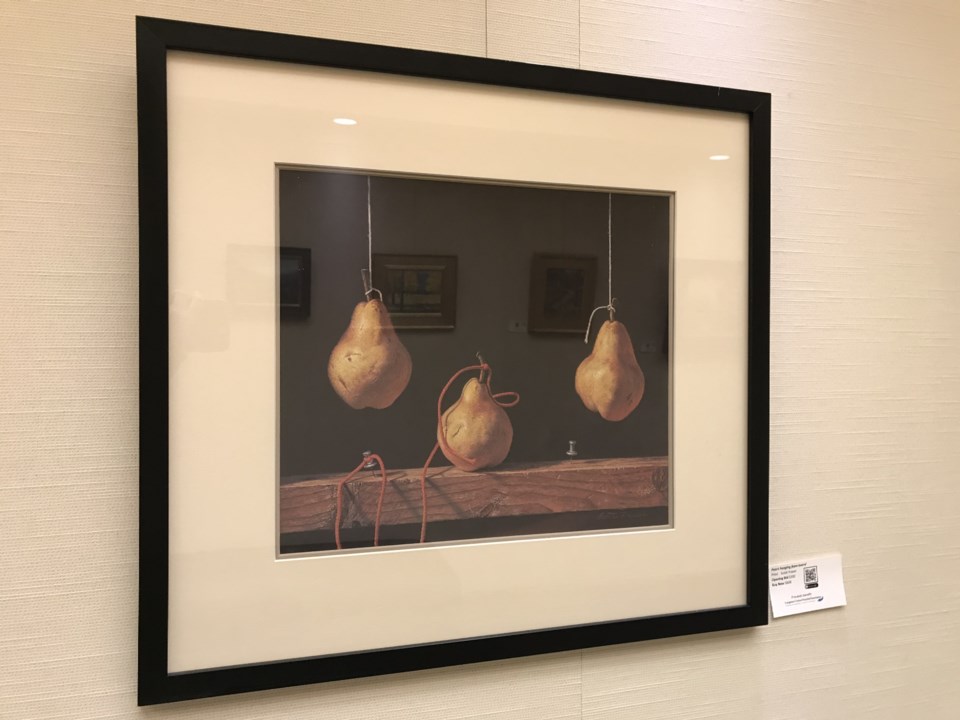 "Pears Hanging from Board" by Longmont artist Scott Fraser is among the works being auctioned to benefit the Longmont United Hospital Foundation.Silvia Romero Solis

A collection of several local artists’ work is being auctioned by the Longmont United Hospital Foundation to support its programs that benefit the community.

More than 15 artists are represented in the collection, including 13 local artists, according to Cynthia Noble, director of LUH Foundation.

“The donor who provided the art received a lot of care here in (the hospital) over the years. In addition to that, his wife also spent a good deal of time here in exercise and care programs,” she said. “Upon his death, she decided she would donate the art to the foundation.”

The collection became part of the Art Walkway at LUH in January 2020, Noble said. The walkway has been home to local artists' work over the years. 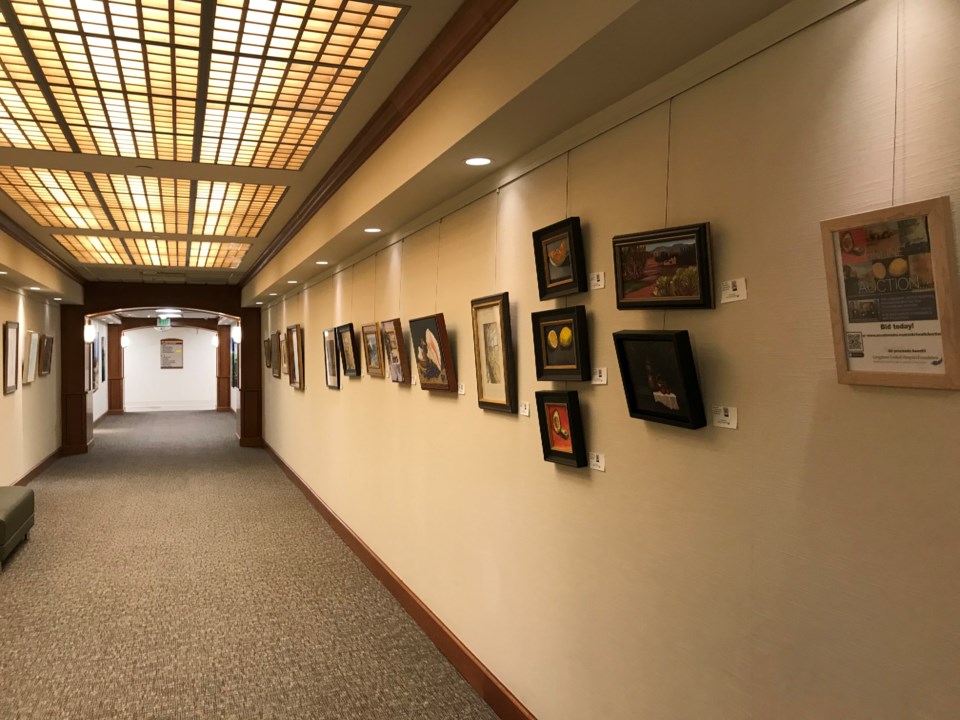 Works from the Don and Shirley Stanosheck collection line the Art Walkway at Longmont United Hospital. By Silvia Romero Solis
“(The donors) wanted the artwork where it could be on display for a long period of time and (the walkway) provided a place for the public to see the work,” she said, adding part of the Stanosheck collection also went to the Longmont Museum. 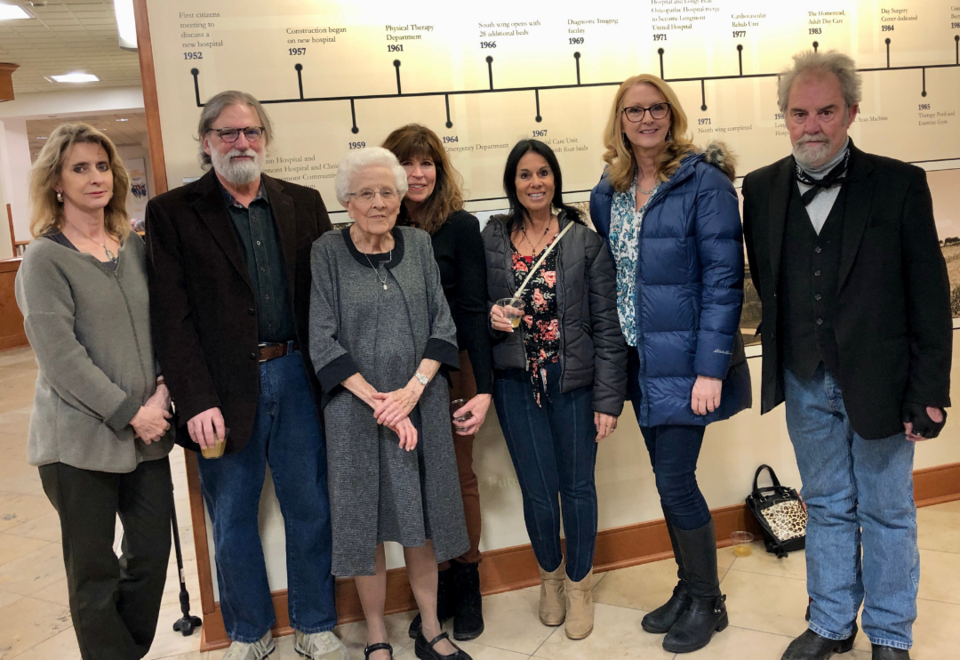 Artists Gaynor Nelson, left, Dan Hollingshead, Shirley Stanosheck (donor), Dru Marie Robert, Linda Sole Fole, Lisa Pentz, Rick Stoner at the unveiling of the art collection at Longmont United Hospital in February 2020. Courtesy photo
“(The collection) is a combination of still life and landscape, and a lot of it is (scenes) in the Longmont area,” she said. “The donor had an affinity for the artists in this community… (Stanosheck) got to know a lot of the artists in the area and (the couple) wanted the collection to stay in Longmont so people have the opportunity to experience it.”

In addition to maintaining the art locally, Stanosheck wanted to ensure the artwork can contribute to the community through it’s sale, Kirves said.

“This way their contribution will go a bit further,” she said.

The virtual auction will be live through April 30 and all proceeds will benefit the LUH Foundation. Artwork also can be purchased on the auction website. 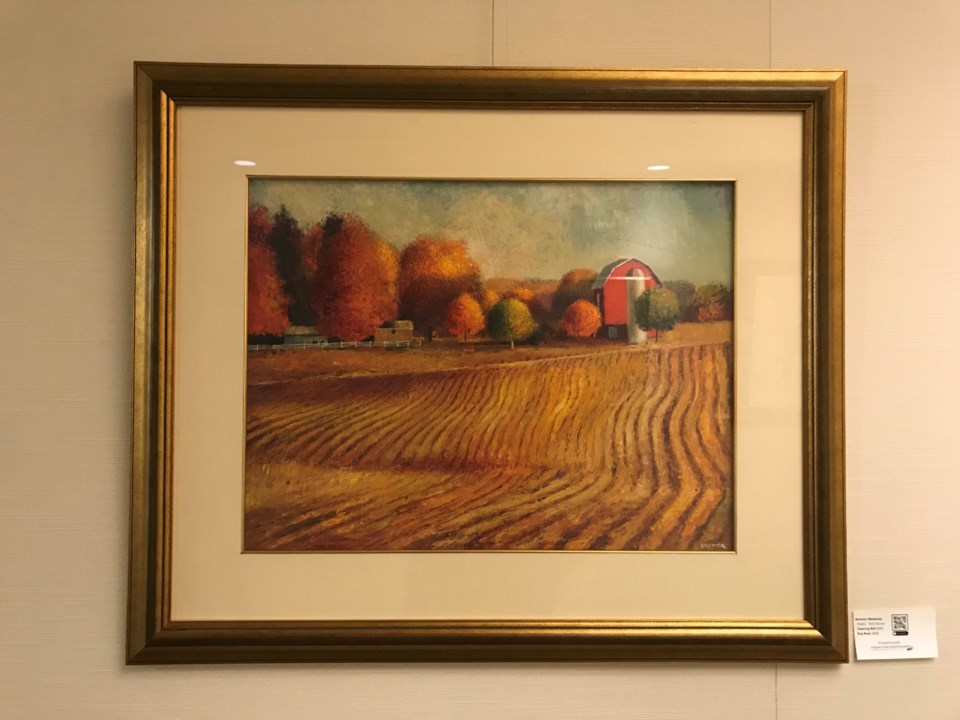 "Autumn Meadows" by Longmont artist Rick Stoner is among the works being auctioned to benefit the Longmont United Hospital Foundation. By Silvia Romero Solis
The collection included 30 pieces. As of Wednesday, close to $2,500 had been raised through the auction. Pieces that are not sold or auctioned will remain in hospital hallways or offices, Noble said.

Kirves said, “This is a great opportunity for community members to purchase what was part of (Stanosheck’s) collection. It is a great tribute to him as well as to the artists that represent this community and represent it well.”

Correction: The auction will end April 30. The date was incorrect in the original posting of this story.