While Mead is 10-0, has multiple junior college commits and is poised to make a deep postseason run, the less experienced Longmont Trojans dropped to 4-4 on the season with several errors in the field.
Sep 16, 2020 7:26 AM By: Matt Hagerman 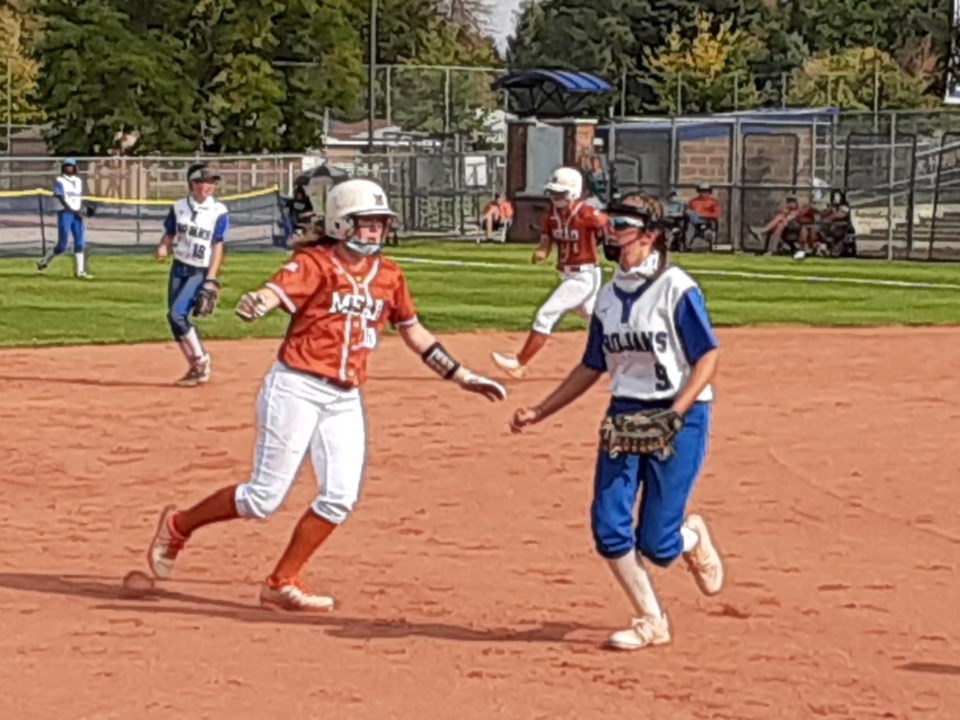 The ladies of the bright orange Mead softball team couldn't help themselves. After back-to-back home runs the team left the dugout twice to gather around the Longmont High home plate to celebrate.

"You've got to stay in the dugout because of COVID," a Mavericks assistant coach said. "Next home run, just stay here."

There wasn't a touch of irony in his voice. A three-run bomb by Katelyn Wiescamp was later followed by a Veronica Elsis three-run blast. Each collected their fourth round-tripper of the year. After just one half-inning the score was Mead 15, Longmont 0.

The Mavericks went on to win 21-0 against their league rivals in a game that only lasted three innings because of the mercy rule. While Mead is 10-0, has multiple junior college commits and is poised to make a deep postseason run, the less experienced Longmont Trojans dropped to 4-4 on the season with several errors in the field.

"Mead is a great team," Trojans head coach Kelsey Walters said. "So there's always learning opportunities for us. That's something positive to take away. These next two weeks are tough because we have some of the top five teams in the state in our conference and they're all comparable." 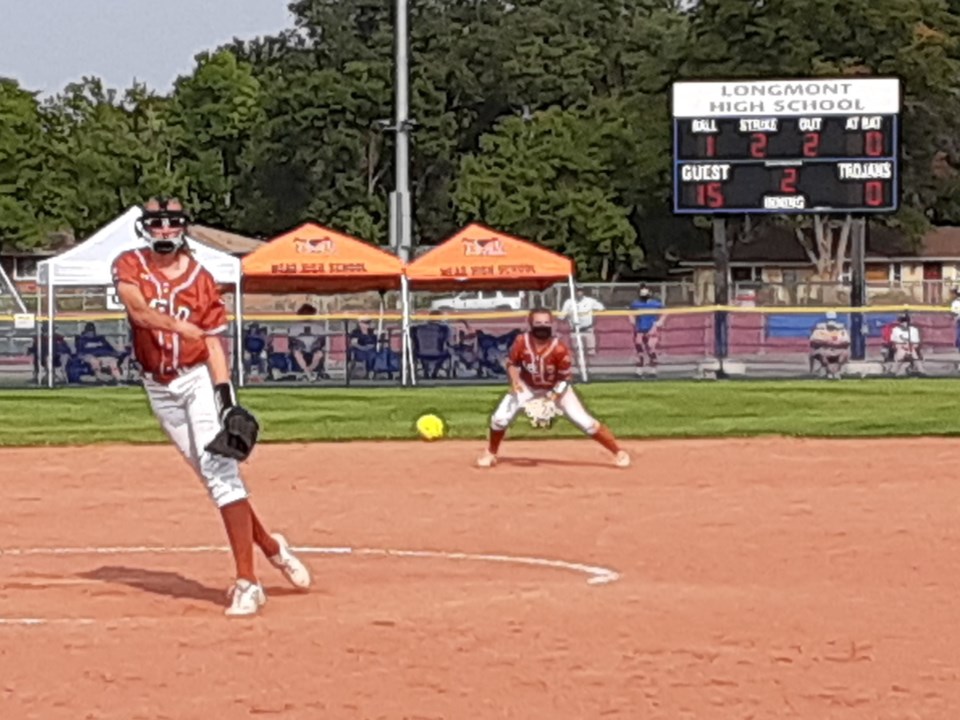 Mead senior captain Tayler Brown looks on as sophomore Joslynn Veltien delivers the pitch during the game against Longmont on Tuesday, Sept. 15, 2020, at Longmont High School. (Photo by Matt Hagerman)

After a parade of mostly upperclassmen batted around twice in the top of the first, a tall and subdued sophomore took over the pitcher's circle for Mead. Joslynn Veltien is in the middle of a great season and with overpowering stuff she struck out eight of the nine Trojans she faced.

"We're having a lot of fun," Veltien said. "Knowing that our season is shorter and knowing that anything could happen.

"We have great leaders. Everyone has their head on straight. I feel so bad for our seniors because they don't get to have the full high school experience," she said referencing the impact the coronavirus pandemic has had on high school sports.

Veltien has struck out 62 in nine starts with about a 2.50 ERA. Her mother, Corinne Veltien, however, was watching Joslynn from a distance. The bleachers behind home plate were roped off and a scattering of supporters ringed the outfield.

"I think they know they have a lot of talent and want to go further than they did last year," Corinne Veltien said. "It's been strange. I tell her to enjoy each day, each practice because it could be shut down tonight tomorrow, you just don't know."

"It's not always about winning and losing," Walters said as she watched the junior varsity teams prepare to battle after the brief varsity contest. "My kids have been awesome. I think overall as a program, we appreciate the sport even more this year. It's really just kind of brought us together."

Class 4A NCAC league play continues on Thursday when Longmont hosts Windsor at 3:30 p.m. and Mead welcomes Skyline at 4 p.m. 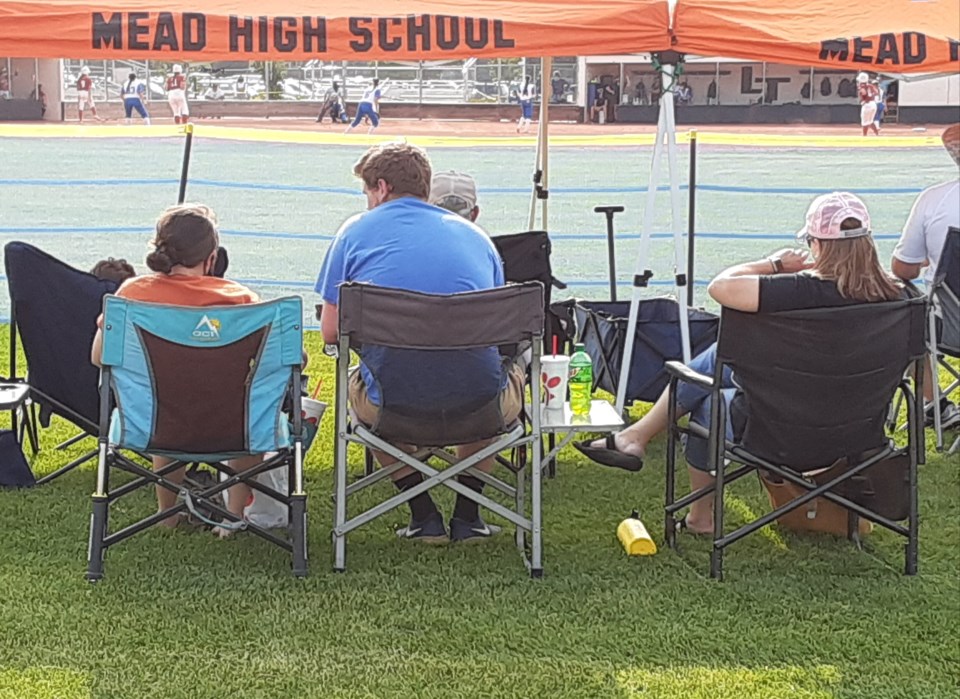 Mead fans take up space in the outfield as fans spread out around the softball diamond at Longmont High on Tuesday, Sept. 15, 2020.(Photo by Matt Hagerman)