Tragedy has struck our community in many ways this week. Among them is news that a Longmont High School tennis player, Henry Matheson, died in a fatal car crash on Colo. 66 near Pace Street on Wednesday.
Apr 2, 2021 2:30 PM By: Macie May 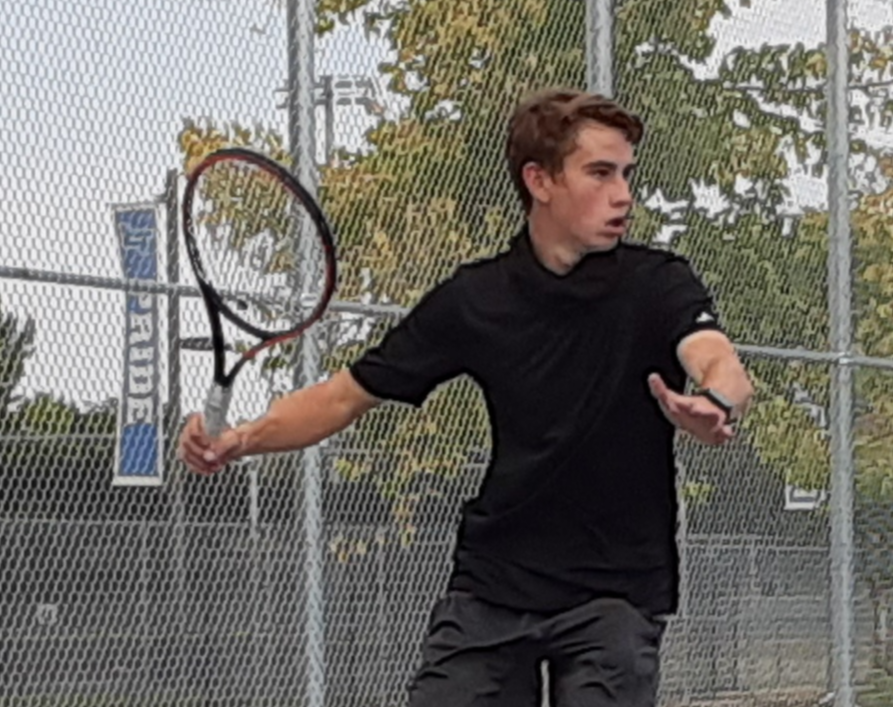 Longmont junior Henry Matheson faces off with a fellow top seed from Pueblo Central on Friday, in an opening round match at 9:00 a.m. at the 4A state championship in Pueblo.

Tragedy has struck our community in many ways this week. Among them is news that a Longmont High School tennis player, Henry Matheson, died in a fatal car crash on Colo. 66 near Pace Street on Wednesday.

Matheson was a junior who was homeschooled with the exception of playing tennis.

Last season, Matheson made the 4A semifinal round. Overall, he contributed to his team taking ninth at the Boys Tennis State Finals in Pueblo in September.

The incident occurred around 7:30 p.m. as Matheson headed eastbound along Colo. 66. Investigators believe Matheson attempted to pass another vehicle. After entering the westbound lane, his Hyundai Elantra collided with a semitrailer in a head-on collision, according to Master Trooper Gary Cutler.

According to the Colorado State Patrol report, Matheson was not wearing a seatbelt when his car collided with the semi-truck and later veered off into a nearby embankment before stopping.

Upon arriving at a local hospital, Matheson was pronounced dead, Cutler said.

The driver of the semi-truck, a 60-year-old male from Nebraska, who was wearing a seatbelt, was not injured.

"Our most heartfelt thoughts are with the family and everyone impacted by this passing. Any experience of loss deeply impacts all of us and causes us to reflect on the importance of every person in our community," McMurry said in the email. "In moments like this, it is hard to find the words to express our collective grief upon learning of such an unexpected passing. Our district’s crisis response team will be available to speak with any students or staff members who need support during this difficult time."

The email also offered resources for families and students: