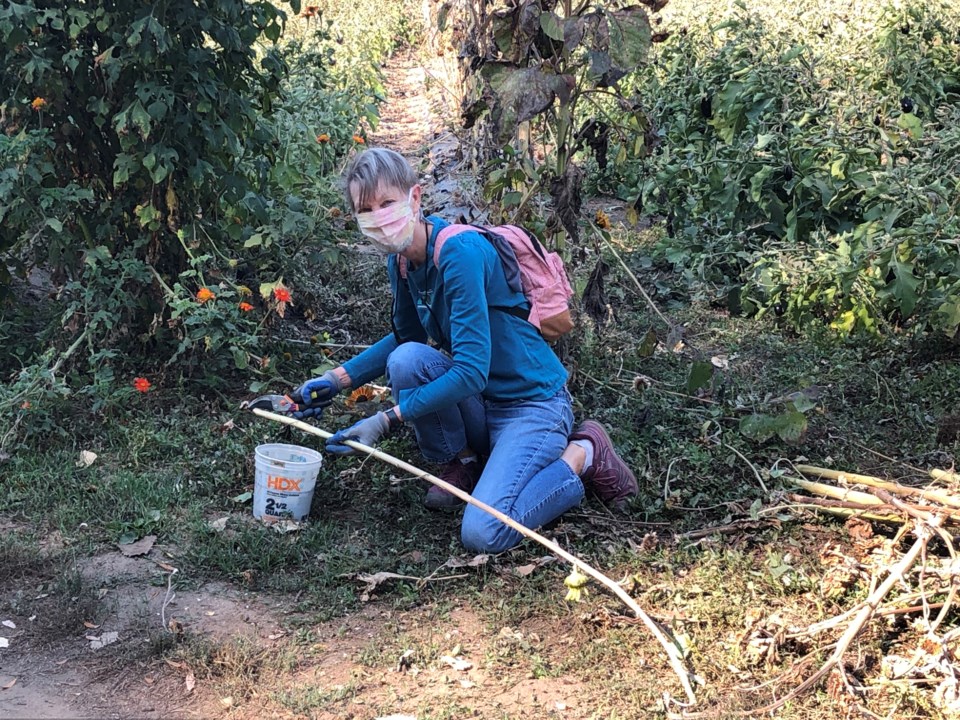 Rhonda Rankin gathers sunflower seeds to be planted in the spring among other newly planted crops at Ollin Farms. (Photo by Macie May)

Having just moved its office to Longmont, Wildlands Restoration Volunteers, or WRV, found a way to connect with the community through local farms.

WRV “provides opportunities for people to come together, learn about their natural environment and take a direct action to restore and care for the land,” according to its website. 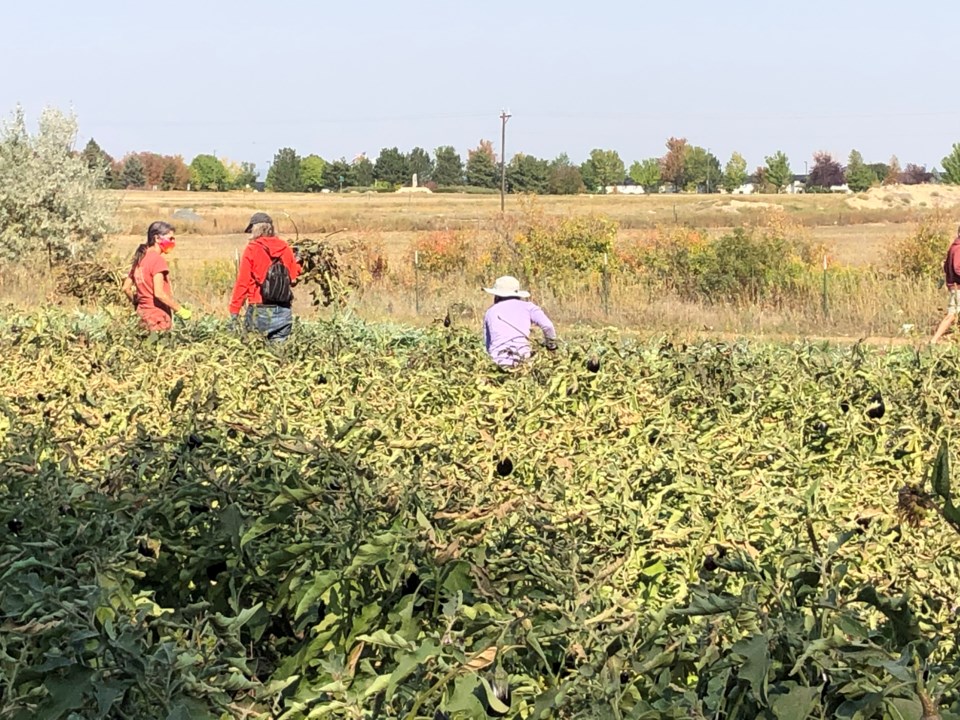 Tracy Halward, volunteer crew leader for WRV and researcher in sustainable and regenerative agriculture at the University of Colorado, heard about Project 95 and the push by local farms to add wildlife habitats and pollinator areas and saw an opportunity to merge her two passions.

In 2019, Ollin Farms began Project 95, which is a demonstration of what is possible “when farmers, scientists, students and neighbors work together with the common goal of building health and resiliency into” agricultural lands, according to a report from Ollin Farms. 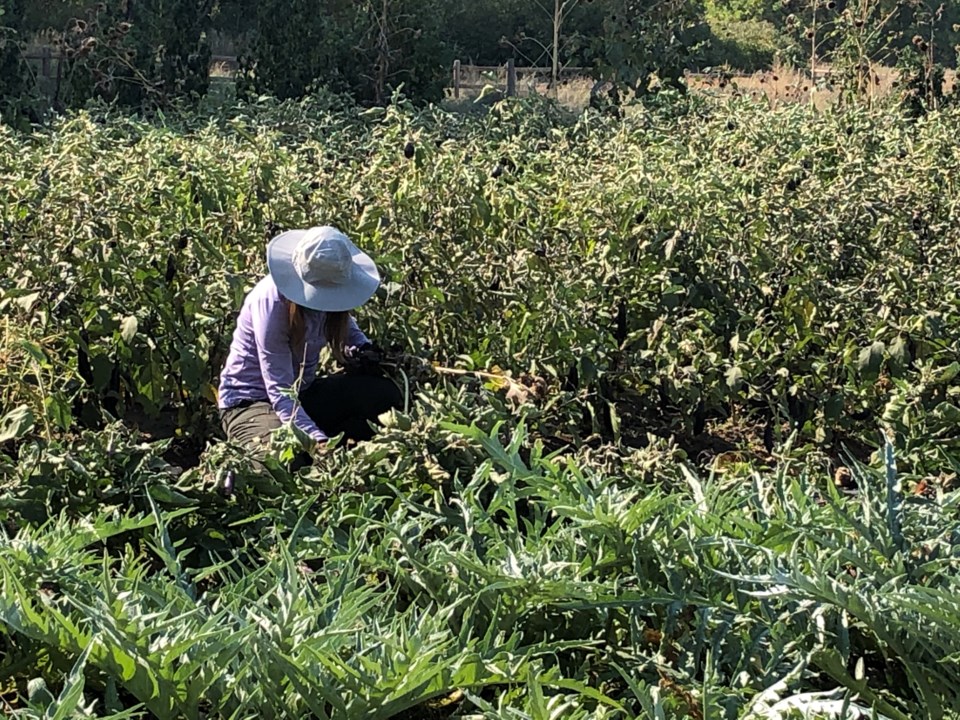 Stepping a bit out of its normal project scope, Project 95 presented the opportunity for WRV to take its knowledge of wildlife habitats and help local farmers incorporate them alongside their crops to boost agricultural sustainability and production.

“The timing just happened to mesh at the time that WRV moved their Boulder County headquarters from Boulder to Longmont. We wanted to get more involved in the Longmont community as well,” Halward said. 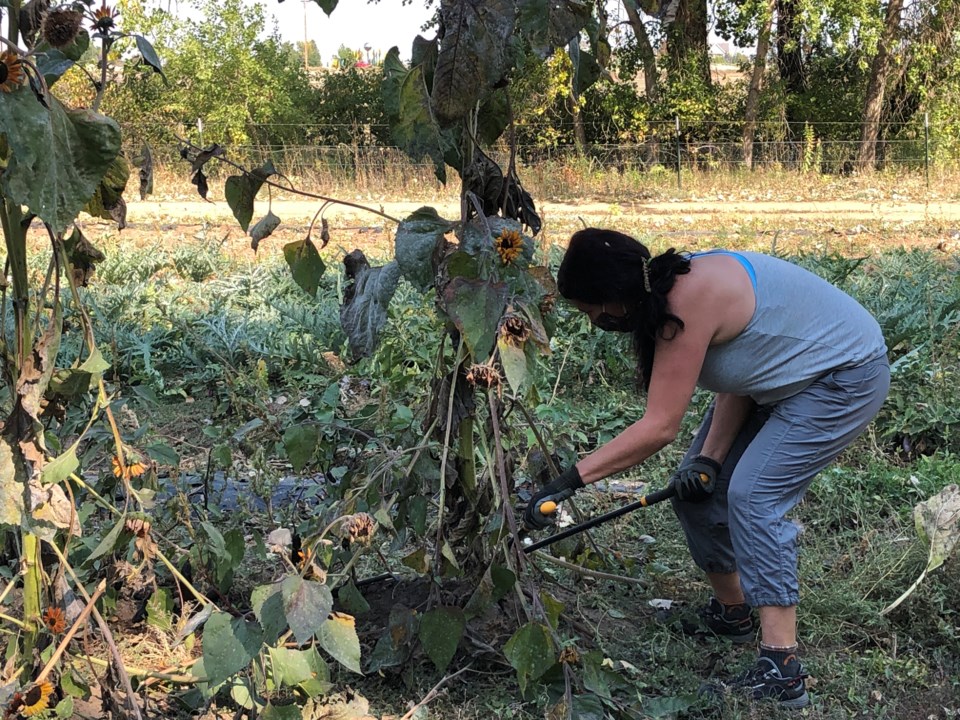 Cassie Cranmore cuts a large sunflower stalk, leaving the roots in place (Photo by Macie May)

On Wednesday, WRV volunteers were scattered among the artichokes and eggplant at Ollin Farms cutting down the sunflowers they had planted earlier in the spring and harvesting the seeds.

The sunflowers were used to shade the crops while attracting pollinators. On this particular day, volunteers left the roots of the sunflowers in the soil to help prevent erosion and adding nutrients to the soil.

“It is a really cool way to integrate natural ecosystems with our agriculture, where our food is coming from, so that instead of having 1,000 acres of corn we have not only many kinds of crops but now we also have wildlife habitats for pollinators and birds, which help with everything from increasing our harvest to disbursing seeds,” Halward said. 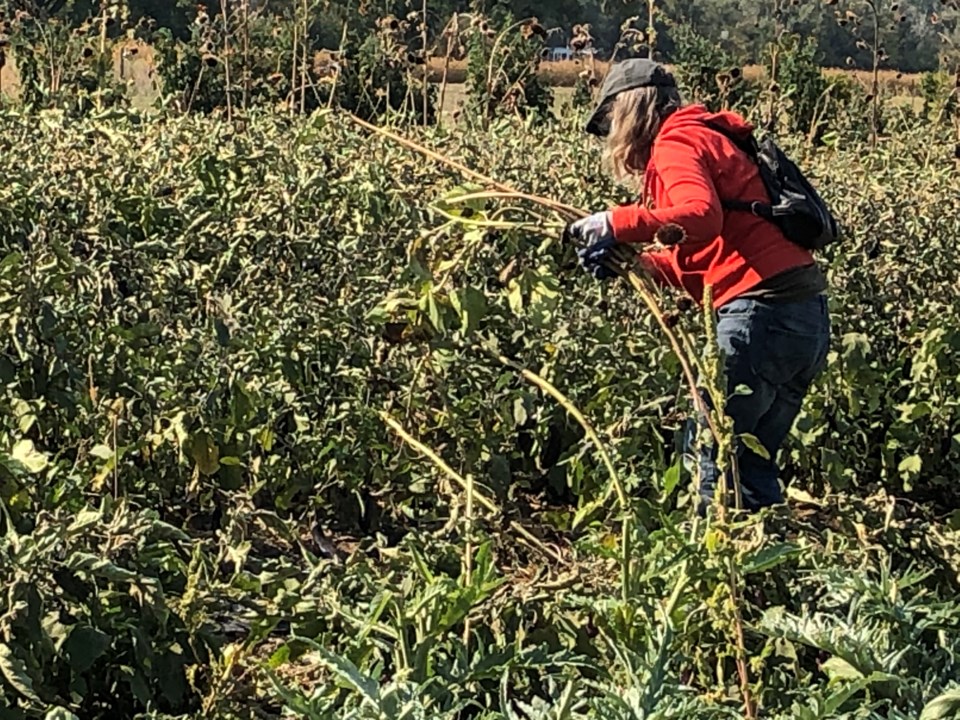 The seeds gathered will be used next spring to repeat the process and expand into Project 95 along South 95th Street.

Mark Guttridge, owner of Ollin Farms, said, “The hard part about vegetable farming is that you don’t have any free time at all. So these little side projects, like building pollinator habitats or planting more perennials, is something that we’ve been wanting to do and usually in the summer we don’t have time for, we just do it in the off-season. So Tracy has been coming out pretty regularly and has been helping us keep on schedule on that research and a lot of those projects that wouldn’t happen if it wasn’t for those guys.”

According to Thompson, the nonprofit has been involved in partnership with the city of Longmont for various restoration projects. That combined with several Longmont-based volunteers convinced the organization it was time to move its Boulder County headquarters to 2100 Colllyer St.