Teacher base salary increases budgeted in for next school year
Jun 10, 2021 7:00 AM By: Macie May 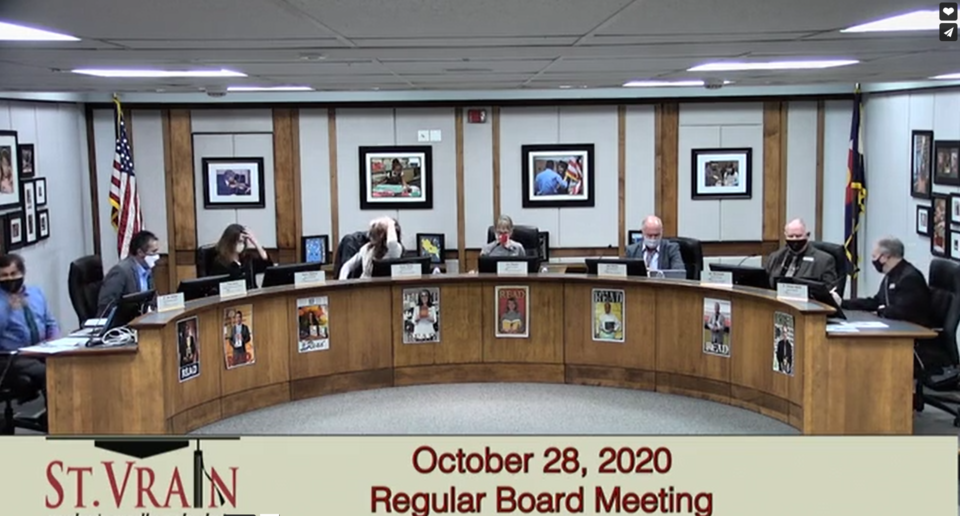 The Wednesday night St. Vrain School District Board of Education meeting hosted a public forum to discuss the district’s proposed budget for the 2021-22 school year.

During the meeting, Tony Whiteley announced changes to the school district’s proposed budget.

At the May 28 meeting, Whiteley warned the public and the school board to expect changes to the upcoming school year’s budget due to legislation at the state level that had yet to be decided upon and to ongoing negotiations for district staff compensation.

Whiteley reported, during last night’s meeting, the state legislature had made some changes for K-12 education that would affect the school’s budget, however, the Colorado Department of Education has yet to implement the changes.

“And so, we do not yet have solid revenue adjustments as a result of that,” Whiteley said.

He added that the district has and will continue to make adjustments to the budget as more information becomes available.

“I do not believe they will be extremely large changes, however, compared to the current estimated amounts that we have in this version of the budget,” he said.

The change offered to the school district prior to the public hearing included an additional $9.1 million in staff compensation as negotiated with the St. Vrain Valley Education Association.

The newly negotiated contract allows for an increase in starting salary for teachers to the tune of $45,250, making the district “very competitive in today’s teaching market,” Assistant Superintendent of Human Resources Todd Fukai said during the meeting. That is a $1,000 increase in base pay beginning next school year.

The adoption of the district’s proposed budget is expected to take place at the June 23 school board meeting.