Sunday afternoon of Beer and Hymns comes to Longmont 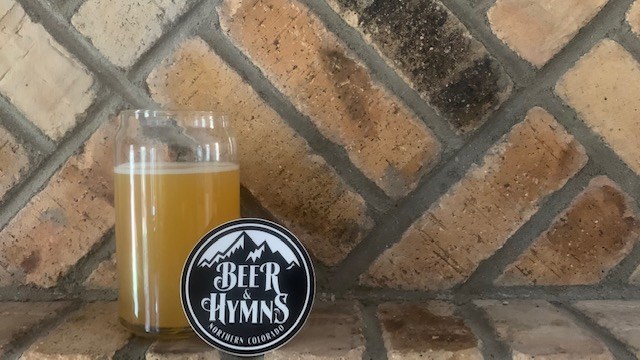 An afternoon of old-fashioned hymn singing is coming to the stage at the Dickens Opera House this weekend. Beer and Hymns Northern Colorado, an organization dedicated to bringing hymn singing experiences to the public, will present two performances at 4:30 p.m. and 6:45 p.m. Sunday. Tickets for the all-ages event are $6and doors will open 15 to 30 minutes prior to each performance.

Designed to uplift audiences, the shows will feature an eight-piece band on stage playing hymns mixed with gospel, folk and bluegrass pieces. The playlist for similar events has included selections such as “I’ll Fly Away,” “The Old Rugged Cross” and “When the Saints Go Marching In.”

During each performance, craft beer is served and audiences are encouraged to sing along, keeping in mind the point isn’t to sound perfect, it’s to enjoy the afternoon. As founder and Longmont resident Craig Wilson said, “What I love about it is that anyone can come. Some come for the nostalgia and the faith. Some come for community. Some come for great music. It’s all here.”

Wilson is clear that performances are meant to be an inclusive gathering of people who enjoy beer and music, and aren’t a place for preaching or to argue about theology. As the show progresses, non-spiritual songs such as Neil Diamond’s “Sweet Caroline” and Bon Jovi’s “Livin’ on a Prayer” are included in the playlist.

Sunday’s shows are part of a movement of similar events that have existed in various forms for several years. Wilson said the movement might have gotten started in the United Kingdom, but he first heard about concerts in Orange County, California, and was aware of performances in Denver and in Colorado Springs before he brought them to Longmont.

He explained that hymn concerts take different forms across the nation. Events in California draw lots of millennials and can get rowdy. Other events draw older people. Some of the events stick strictly to spiritual music, others include pop music but only at the end.

One of the unique characteristics of Northern Colorado events, such as the one that’s happening in Longmont, is they draw all-ages audiences. Older adults mix with singles, young families, and teenagers. The band onstage represents that intergenerational feel, with musician ages ranging from their early 20s to mid-50s.

Audience regular Steph Gerthe shared how “at one of my favorite Beer and Hymns events, there was a birthday party for a young family. On the other side of the room, a group of older folks were enjoying the night.”

Beer and Hymns Northern Colorado was founded in 2019. The organization’s first performance took place at the Dickens and since then, the group has held six events. In keeping with its community focus, last year it hosted a beer and carols event as a charity fundraiser. It sold out.

Wilson is excited to return to the Dickens and support the venue’s new owners.

“They literally took over right as all the COVID stuff hit. If we can put a crowd of socially distanced guests in there, hopefully we can bring them some business and expose more people to their renovated space and new menu,” he said.

As with all other events scheduled at the Dickens, the concert will be following COVID-19 precautions and seating is limited. Advance tickets are available on the Dickens Opera House website.