High school sports are back, but games are in empty gyms

For parents of student-athletes in Boulder County and surrounding areas, frustration is setting in as they are forced to watch livestreams rather than live games because of COVID-19-related restrictions that are keeping fans out of the stands.
Jan 26, 2021 1:55 PM By: Matt Hagerman 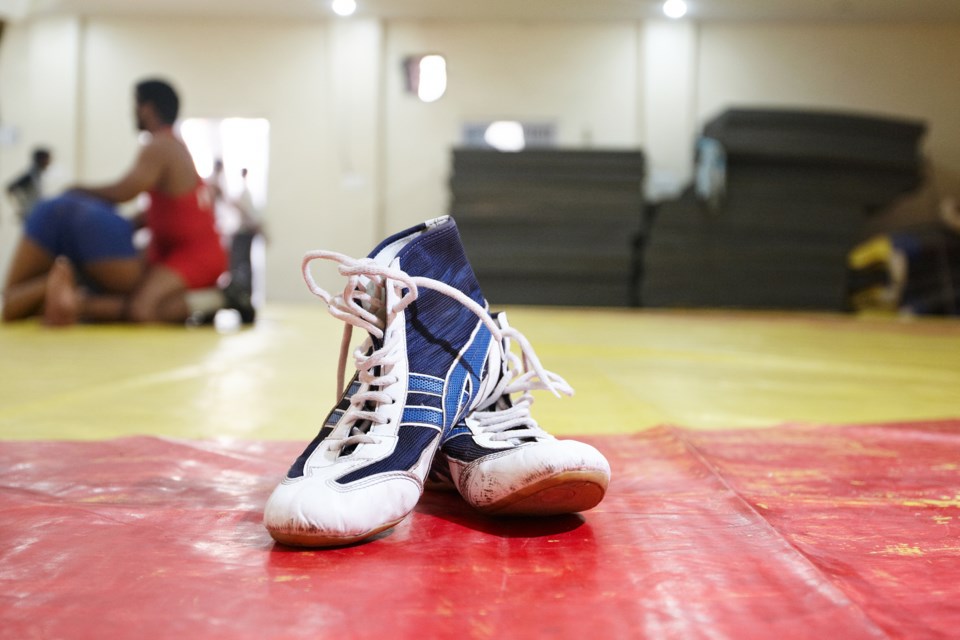 Monday night before the snow came into town, Skyline hosted the first high school sporting event in Longmont in more than two months. A 42-34 loss to Class 5A Prairie View played out in a gym that was empty aside from players, coaches and select personnel.

Skyline dominated the second quarter but Prairie View dominated the third in the opening game for both. Prairie View will be right back at it this evening when, at 6 p.m., it hosts another Longmont school, Silver Creek, in its virtually empty gym in Adams County.

For parents of student-athletes in Boulder County and surrounding areas, frustration is setting in as they are forced to watch livestreams rather than live games because of COVID-19-related restrictions that are keeping fans out of the stands.

“We completely understand the disappointment parents feel not being able to see their child play their favorite sport,” Chana Goussetis, Boulder County Public Health spokesperson, said via email Tuesday. “The reality we are all living is not what we had imagined or hoped for our children.”

Boulder County is at the orange level on the state’s COVID dial dashboard, a status that limits seating at indoor events to 25% of a venue’s capacity or a max of 50 people. In the case of high school sports, that capacity is absorbed by athletes, coaches and other game personnel.

“We believe that the sacrifices we each are making now will help to save the lives and livelihoods of many residents in the community,” Goussetis said.

That doesn’t make the sacrifices any easier, though. Many parents have taken to social media and comment boards to voice their displeasure. A Let Parents Watch petition also has been launched on change.org. By noon today, it had collected more than 8,500 signatures.

Dana Bellomy, of Frederick, whose two daughters attend Frederick High School, is among the parents who have signed or shared the petition.

“I felt so bad because cheerleaders were only allowed to have one parent go to football games, so they had to choose, and there was all this space out there,” said Bellomy, whose daughter is a  member of the cheer team.. “None of the kids could go.”

Her other daughter is in club volleyball and has had practice and a couple of tournaments but none of the parents can attend, Bellomy said.

Bellomy has worked in various civic recreation departments for over 30 years. She said she feels many basketball gyms are equipped to handle another 50 people, as long as spectators wear masks and maintain proper social distance.

States such as Kansas, Texas and Utah have allowed limited fan attendance at basketball and other indoor sporting events since November.

“There’s so much that’s missing,” Bellomy said of games and competitions without fans and of the COVID athlete experience. “As a parent you really want your kids to develop a full circle. Not just education but socially and their mental health. My daughter’s on this team that she doesn’t know very well and they can’t stick around to talk. They wear their masks the whole time. There’s space in these places. At least let some parents come.”

Colorado High School Activities Association Commissioner Rhonda Blanford-Green, in a Monday statement responding to complaints about no fans being allowed, said decisions on spectators and other precautions come from health officials and the organization does not have the authority to alter them.

She also emphasized that having a season is reason to celebrate.

“Tireless work and hours happen behind the scenes, so I would like to personally thank the CHSAA administrators, directors and their executive assistants, member school administrators, coaches, officials, volunteers and state officials that have worked through the many challenges to provide these opportunities, which are not taken for granted or owed on behalf of Colorado high school student-participants.