After a short but successful season, key players from SVVSD extend their time on the field.
Matt Hagerman Oct 28, 2020 7:00 AM

After a short and sweet softball season unfolded this fall, three Mead High School players, a senior from Frederick and one from Silver Creek made up five of the nine girls on the 4A All-State first team. The last lineup of 2020 was unveiled Tuesday by the Colorado High School Activities Association.

All three schools reached the 16-team Class 4A playoffs earlier this month but Mead catcher Veronica Elsis, first baseman Emily Sauvageau and pitcher Joslynn Veltien and their teammates reached the championship game Oct. 10 in Aurora. The Mavericks’ high-scoring lineup finally met its match and fell 9-6 to champion Holy Family and 4A Player of the Year, pitcher Cassidy Chvatal.

Elsis was a key senior who caught sophomore sensation Veltien all season. She hit .486 in 70 at-bats with five home runs and 27 RBI, all with her father’s boisterous play-by-play right over her shoulder. His live Facebook broadcasts of Mead softball games echoed over a noisy team and small bunches of parents socially distancing in the outfield.

Junior Sauvageau belted five over the fence as well, batting .481. Veltien was simply dominant. She racked up 14 wins with a 2.68 ERA and 109 strikeouts in the COVID-shortened season. The Mavericks appear to be loaded again in 2021.

Frederick senior third baseman Peyton Gale hit .436 for the Warriors this fall with seven doubles and 29 RBI. Frederick was eliminated in round one of the postseason with a 14-4 loss to Conifer. 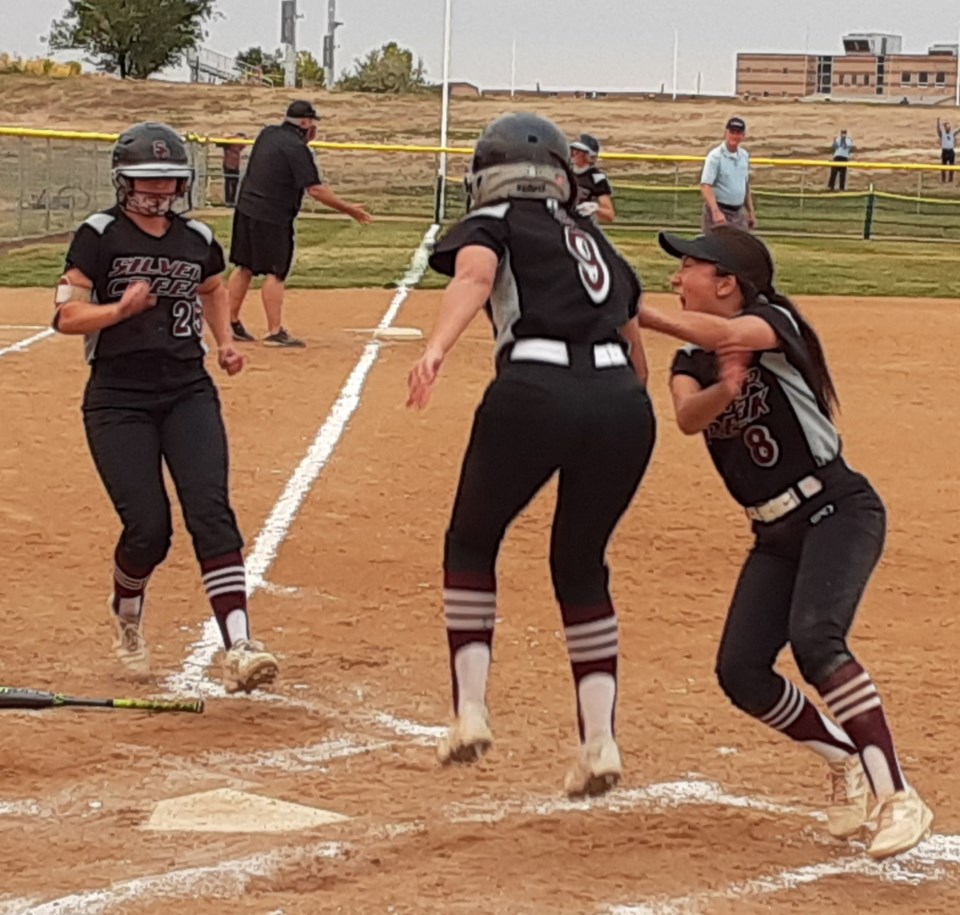 Silver Creek’s Maddie Kuehl was incomparable in 2020. She hit .500 with eight home runs while striking out 148 from the pitcher's circle with a 2.48 ERA in her strange senior year. The Raptors' season ended Oct. 8 in a 3-1 quarterfinal loss to Holy Family.

On Oct. 1, Mead visited Silver Creek for their second and final meeting of the season. The Mavericks had bested the Raptors 4-3 a month earlier and were poised to win again. Veltien was cruising with a 5-0 lead and Mead needed only three more outs.

Khuel matched her career-high with 16 strikeouts from the rubber, but was intentionally walked to load the bases in her seventh inning plate-appearance. With her team down 5-3, Khuel got to watch her teammate be the final hero that day. Fellow senior MacKenzie Hunt delivered a walk-off grand slam on Veltien’s final pitch of the evening.