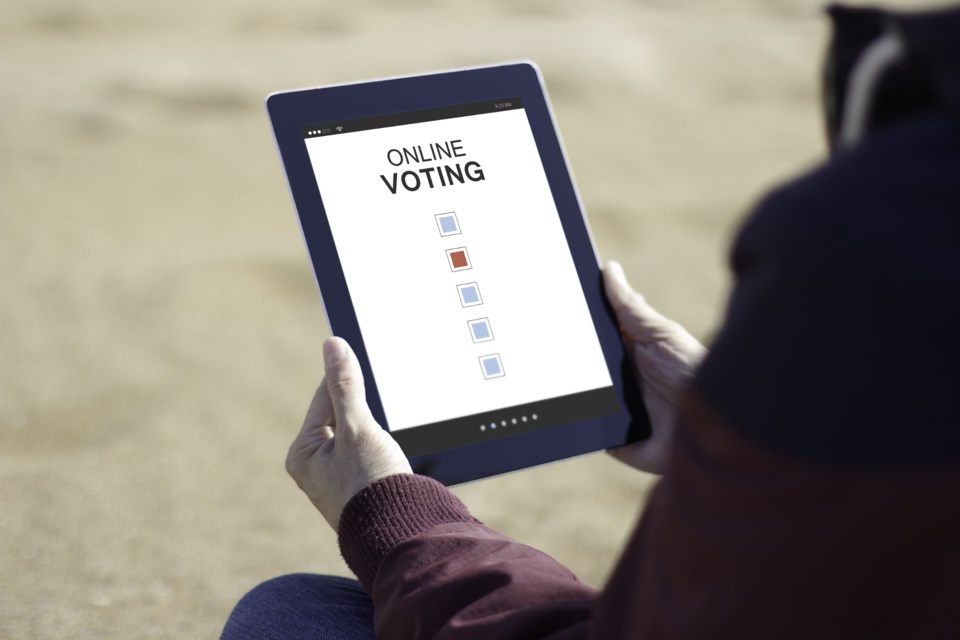 "As states across the country erect barriers to voting, I am proud that Colorado remains dedicated to voting access and security," said Secretary Griswold. "From making it easier for all Coloradans to understand their ballot through the establishment of a multilingual election hotline to ranked choice voting and election security grants, the bills passed this session help further ensure that Colorado elections remain the nation’s gold standard."

Among the new bills passed by the 73rd General Assembly is the “Colorado Votes Act,” (SB21-250), which will make key improvements to Colorado’s election process including enhancing online voter registration by allowing voters to register with their social security number, requiring Risk-Limiting Audits for recall elections, and establishing rules clarifying that election judges may not wear slogans that support or oppose a particular candidate or ballot measure while at a voting center, among many other technical changes.

In addition to the comprehensive “Colorado Votes Act,” the General Assembly also passed the “Multilingual Ballot Access for Voters” bill, sponsored by Rep. Caraveo and Senators Gonzales and Moreno, which creates a multilingual hotline at the Secretary of State’s Office for the 2022 general election for voters, offered in languages that are spoken by at least 2,000 Coloradans 18 years-old and over.

“At a time when other states were attacking voting rights, we took leadership to expand access and empower voters in the State of Colorado while upholding the security and integrity of our elections,” said Representative Yadira Caraveo. “I was proud to sponsor HB21-1011 and SB21-250, which expanded ballot access to voters that speak languages other than English and updated our election laws to ensure greater transparency and access, respectively. With bills like these, Colorado continues to be the national leader when it comes to safe, secure and accessible elections.”

Additionally, municipalities that wish to use ranked choice voting will be able to do so in coordination with the Secretary of State’s Office and county clerks as part of the “Ranked Choice Voting in Nonpartisan Elections” bill. HB21-1071 requires that the Secretary of State establish rules and systems by which municipalities can conduct Ranked Choice Voting in nonpartisan elections.

The “Media Literacy Implementation” bill requires the Department of Education to provide resources and technical advice to school districts who request information on media literacy.  This framework will help Colorado students learn how to access information from trusted media sources – providing for a stronger level of media literacy that will be essential in combatting election disinformation.

The General Assembly also passed a bill to extend the Electronic Recording Technology Board, and expand the board’s ability to provide grants to electronic security upgrades for counties. By allowing grants for security upgrades, counties will be able to enhance protections for vital elements of our election infrastructure. These bills support efforts to fight back against the tide of disinformation and help ensure that our elections infrastructure remains secure.

The Secretary of State’s Office also worked closely with legislators to defeat a number of bills that served to undermine Colorado’s election processes by suppressing access to the ballot box.  These bills included provisions to require that every Coloradan in the state physically travel to their county clerk’s office to provide proof of citizenship in order to cast a ballot; roll back vote-by-mail across the state of Colorado; and allow any voter in Colorado to request costly and unnecessary recounts, among other things.

“As the Chair of the Senate State, Veterans, and Military Affairs committee, this session I considered policy proposals that were a part of an unprecedented national push to roll back voting rights,” said Senator Julie Gonzales. “A number of these bills aimed to add restrictive obstacles to voters who sought to register and successfully cast a ballot. Others intended to cast doubt on Colorado’s gold standard election system. I am proud to have worked to not only defend against these baseless attacks on our democracy, but to have advanced and supported significant efforts this legislative session to ensure greater access to the franchise of voting.”

The new bills reinforce the commitment, across multiple branches of state government, to ensuring Coloradans have an election system that is the best in the nation.