The Longmont Police Department deploying its drone in the search for the suspect.
Jan 13, 2021 8:29 AM By: Community Submission 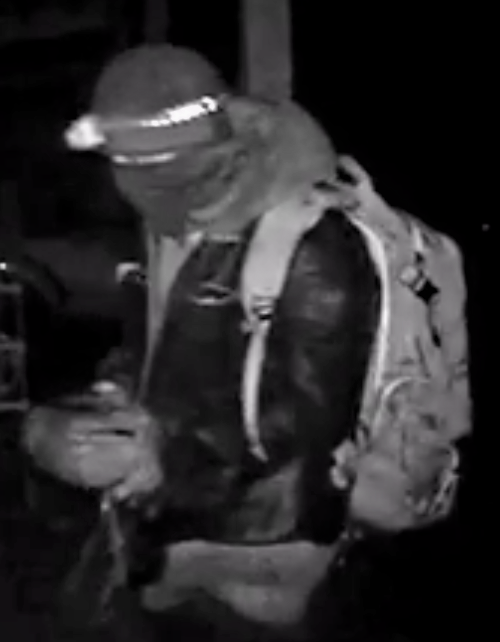 NEWS RELEASE
BOULDER COUNTY SHERIFF'S OFFICE
*************************
At approximately 12:27 a.m. Wednesday, the Boulder County Communications Center received a call from a homeowner in the 2300 block of North 75th Street in unincorporated Boulder County that a man was trespassing on their property and broke into their vehicle. Several Boulder County sheriff deputies responded to the area.

At approximately 12:36 a.m., a homeowner in the 2300 block of North 75th Street called the Boulder County Communications Center, reporting a man had just broken into their garage and vehicle. Multiple officers from surrounding jurisdictions responded, assisting in establishing a perimeter around the area. A Boulder County K-9 team started a track, searching for the suspect and officers from the Longmont Police Department responded, deploying its drone. The K-9 track led deputies north to a property in the 3000 block of North 75th Street. Deputies discovered open mail on the ground and another vehicle that was broken into.  The K-9 track continued north, ending at Valmont Road.

After searching for the suspect for several hours, clearing multiple properties, outer buildings, ditches, and thick vegetation, the search for the suspect ended, and he was not apprehended. Deputies later learned that the suspect was possibly on a bicycle and believed to have fled the area before the perimeter was established.

The suspect was observed on several home security cameras, appearing to be a thin white man. The suspect was wearing a black leather jacket, dark jeans, running shoes, a black beanie with a headlamp, a black full-face mask, and a large light-colored, military-style backpack.

All vehicles and buildings trespassed were left unlocked with valuables inside. This is another example to remind citizens to secure their vehicles and property to prevent crimes of opportunity from occurring.