"Our 'Contract with Colorado' needs to become so well known that the average citizen can repeat its content in their sleep. Only then can we be sure that Colorado’s electorate knows what Republicans in the state stand for.
Nov 12, 2020 10:22 AM By: Michael Fields, Colorado Rising State Action 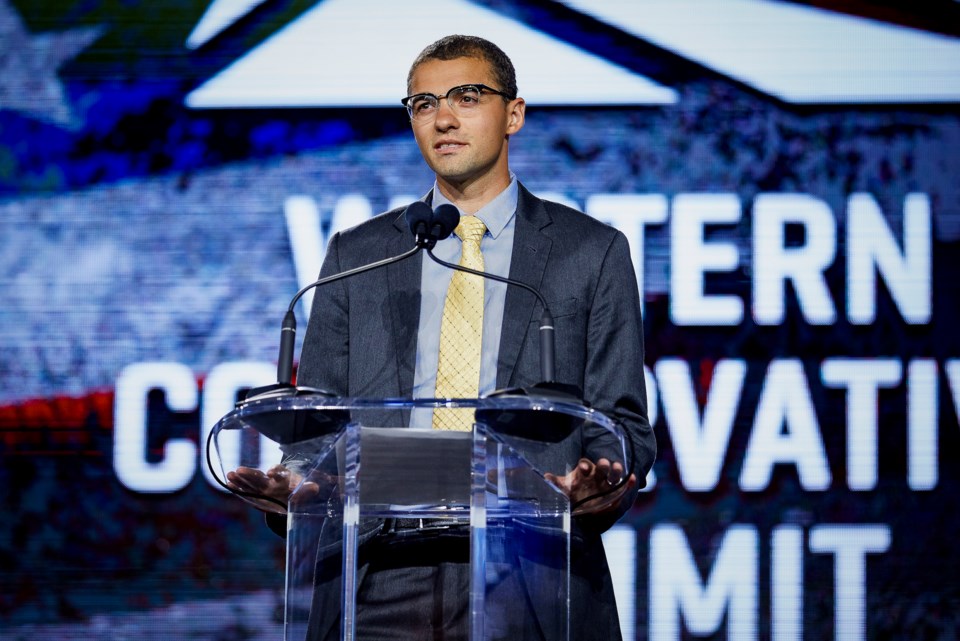 By the time 1994 rolled around, Republicans had been out of power in the U.S. House of Representatives for 40 years. And in politics, 40 years is an eternity. Therefore, it was no surprise that many people thought that Democrats would always have control of the House.

But then, in the middle of Bill Clinton’s first term, Republicans introduced their “Contract with America” and flipped 54 seats to gain the majority. Candidates across the country campaigned hard on a clear, consistent, and popular message. The American people knew exactly what they would be getting with Republicans in power, and Republicans had a clear mandate to guide their priorities.

Fast forward to present-day Colorado, and even though Democrats have only had complete control of state government since 2018, there is already talk of a “permanent majority.”

Instead of waiting 40 years, Colorado Republicans need to develop a “Contract with Colorado” now. With redistricting coming before the next election, Republicans have an opportunity over the next two years to set a clear agenda and articulate it to voters.

We already have a roadmap for this “Contract with Colorado.” For years, ballot issues have been a bright spot for conservatives. More often than not, Coloradans agree with conservative policies, but then vote for Democratic candidates. Republicans need to understand this disconnect and adjust.

Even this year, Proposition 116 — a tax cut for all Coloradans – handily passed. And Proposition 117 — which strengthens our Taxpayer’s Bill of Rights – also won approval. If these wins taught us anything, it’s that it’s not enough to just play defense against bad ideas. Conservatives have to go on the offensive and put good ideas on the ballot. And Republican candidates have to campaign on passing similar policies if they are elected.

The opportunity is there. Unaffiliated voters have ballooned to 40% of the electorate. They aren’t married to the Democratic Party, but they need a reason to vote for Republicans.  A lot of young people and suburban women, especially, have chosen to be unaffiliated with a party. In order to reach them, Republicans need to put forth policies that focus on opportunity, education, and health care. They need to articulate plans about how to improve our state’s infrastructure, while also taking care of our environment.

In order to win, Republicans across the state have to be on the same page. This means using polling to incorporate policies that are popular (55%-plus support). The good news is that there are a lot of conservative ideas that can reach this benchmark. Then, our “Contract with Colorado” needs to become so well known that the average citizen can repeat its content in their sleep. Only then can we be sure that Colorado’s electorate knows what Republicans in the state stand for.

As we start this process, it’s comforting to know that Coloradans don’t want extreme liberal policies. They don’t support single-payer health care. They don’t want to drive businesses out of the state. They don’t want taxes and regulations to become so burdensome that we no longer have the top economy in the country. Over the next two years Democrats will overreach. And when they do, Republicans will have an opening to make our case.

Republicans won’t be able to win everything back at once. It will be a long-term process of earning voters’ trust and support. But in order to be successful, Republicans must start with a clear vision and a clear plan.

Letter to the editor: Tim Waters: Addition by subtraction
Nov 10, 2020 1:30 PM
Comments
We welcome your feedback and encourage you to share your thoughts. We ask that you be respectful of others and their points of view, refrain from personal attacks and stay on topic. To learn about our commenting policies and how we moderate, please read our Community Guidelines.