Inside the Ballot Box: Diving in to reasons to support Ballot Question 3C

There are no photos to display.

What is needed in our water system?

Among the important projects Longmont needs are the expansion of the Nelson-Flanders Water Treatment Plant and the subsequent retirement of the Wade Gaddis plant, which has reached the end of its useful life. Other, more minor repairs and upgrades also are needed, as our water infrastructure has aged throughout the city, and the extent of the city’s water system has grown. Fortunately, the people of Longmont are responsible water users, so the city’s consumption has not gone up in recent years even though the city’s population is growing.

Our water rates have already gone up. Why a bond issue?

During the last water rate study in 2018-19, it had already been determined that Longmont’s water system needed remedial maintenance as well as upgrades to stay aligned with recent growth and keep the water distribution system modern and safe. The city rate analyst planned a set of stepwise increases that would support the needed repairs by means of an $80 million bond issue. This is the bond issue on the ballot as Question 3C. In other words, this was the plan all along.

Now, with municipal bond interest rates (not the “rates” on your water bill) at historic lows, it is an auspicious time for the city to ask voters for permission to issue the bonds. The city’s credit rating on bond issues is high — A1 according to Moody’s. This is a middle-high, favorable rating. Not the highest, but solid, and carrying limited risk. The interest rate on these bonds is at historic lows, meaning the city’s cost of borrowing the money will be very low. Municipal bonds convey a tax advantage to the buyer, making them attractive even when they pay low interest rates. So now is the time.

Which vote will keep my rates lowest?

Borrowing via bonds is the best way to spread the cost of these system upgrades out over a long time. The five-year rate schedule in effect now was designed to support this $80M bond issue without further altering the rate schedule. Something truly unexpected could change the dynamics of this, but passing Ballot Question 3C is the best bet for preventing an unexpected change in water rates. The bond loan is expected to support all the planned expenditures without more rate increases.

Your rates will not go down if Ballot Question 3C fails. Instead, the incoming revenue will be used for maintenance and short-term repairs, and banked for future contingencies. The major upgrades, such as the Nelson-Flanders expansion, will be postponed. The risk is that if something fails, there won’t be enough money to pay for the repairs, and that will cause rates to go up unexpectedly.

In short, passing the measure won’t raise or lower your existing water bill. If the measure fails, there is a bigger chance your rates will go up. 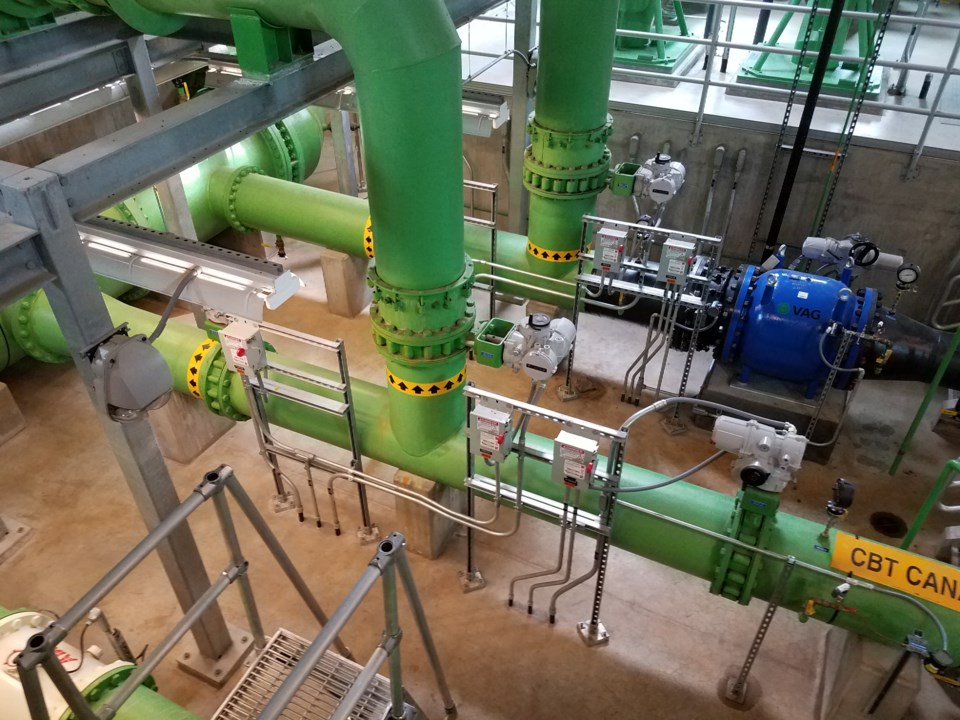 Municipal ballot questions are not described in the state’s voter Blue Book. Boulder County Elections is expected to have ballot facsimiles live on its website on Tuesday. Here is Longmont’s information on the two ballot questions voters will be asked to decide this fall: 3C is the first Ballot Question on the page. The same page also includes information on Ballot Question 3D, which this column discussed last week.

Longmont has created this informative video about the water bond issue, Question 3C. The city may only present factual information on ballot issues, and must try to present a “balanced” view of the matter. These pros and cons are a summary of what the city has presented in its video.

OK, the city has to present the best arguments for the case against that it can think of. But in this instance, dear reader, I just can’t let these stand. Here are the cons it has outlined and my response to them:

I think by this point, because of those responses I could not resist, you have my take. This bond issue is necessary for Longmont. It was well planned and it is well timed in every way.  The skill with which Longmont has managed its utility services shows up in reliable services and low rates compared to the surrounding areas. Trust them.

The nonpartisan and very thorough Boulder County League of Women Voters has endorsed Longmont’s ballot questions (both of them) as “good governance.” Its comprehensive voter guide won’t be online until Oct. 2, but you can find it at the link above when it is. I urge you to go there for the best analysis out there. No ideology, just clear thinking and human decency.

Marcia Martin is a member of the Longmont City Council. Views expressed here are her own and do not necessarily reflect those of the council. However, the council has passed a resolution urging passage of Ballot Question 3C.

Guest commentary: Building a better Colorado begins with trust in one another — and in trustworthy local news
Dec 8, 2020 2:30 PM