Outside: Kids going stir crazy? Make a plan, strap some snowshoes on their (or your) feet and get out there

Here are some tips on how to ensure all ages enjoy exploring the outdoors via snowshoes.
Alex Murphy Feb 25, 2021 1:00 PM

By February, winter in Colorado starts to drag and keeping kids cooped up inside can make the time pass even slower. But there are some outdoor sports that do not require a lot of technical skills and can help get the whole family outside. With thousands of miles of hiking trails, plenty of snowy paths in Colorado are now primed for snowshoeing.

Here are some tips on how to ensure all ages enjoy exploring the outdoors via snowshoes.

“Do not get discouraged when the kid says no,” said Jitka Perez, a Longmont-based photographer and mother who has spent plenty of time outside snowshoeing with her two children. “And be sure to stop often. You can’t just go and go with little kids. You have to stop and look at things along the way.”

Perez admits now that her children are teenagers she’s spending less time with them snowshoeing but said she still has plenty of great memories of popular snowshoe spots such as Brainard Lake near Nederland and Ward, which has a designated trail for snowshoeing and is among the most popular snowshoe destinations in the state. Perez also took her kids to Rocky Mountain National Park, where the Bear Lake Trailhead leading up to Dream Lake is another popular destination.

“It depends how old the kids are and how motivated they are,” Perez said of making sure everyone is having a good time on trail. “In the past I have brought chocolate truffles and would say, ‘Once we get to Dream Lake we will have a little surprise’ to help motivate them to get up the trail.”

Perez stressed bringing enough food and snacks is key. She also recommends bringing a thermos with tea or hot cocoa to help kids warm up. 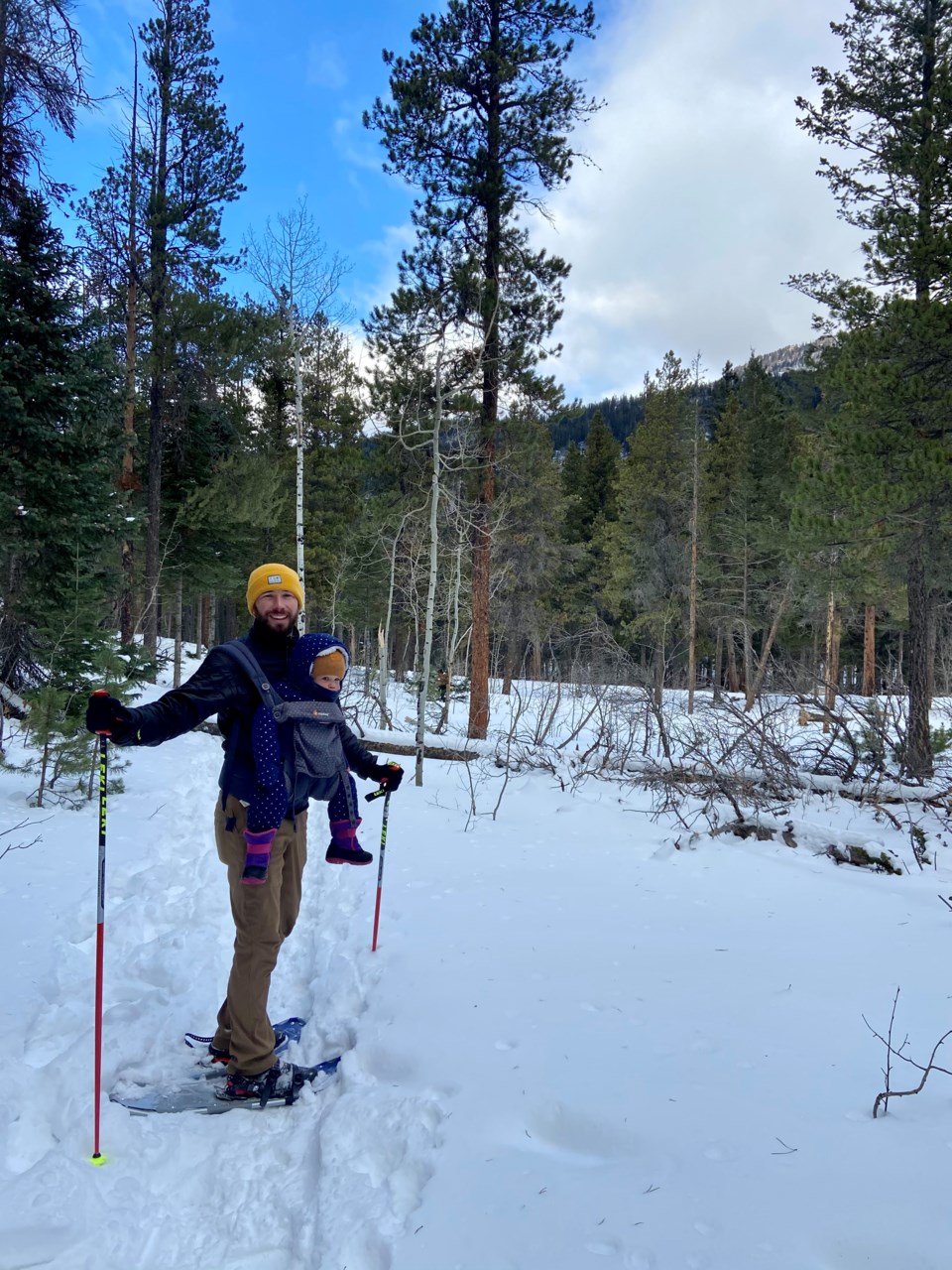 As far as gear goes, snowshoeing is fairly simple and inexpensive, Burditt said. There’s snowshoes and although some choose not to take trekking poles, they do help with balance and in navigating icy spots. He also recommends water resistant pants and boots, because you’re going to get wet, and possibly a pair of goggles.

In addition, there’s some obvious gear, like a hat, because the backcountry will be colder than Longmont.

“COVID has really opened everyone’s eyes to the outdoors,” Burditt said of recent demand for items such as snowshoes.

“We were sold out of snowshoes by mid-December,” he said.

The shortage started when manufacturers shut down earlier in the year and then demand from people looking to get outside grew, making everything from paddleboards to backcountry skis and snowshoes hard to come by, Burditt said, adding his shop made sure to keep some snowshoes in stock to use as rentals throughout the year.

Burditt recommends some of the same trails as Perez, highlighting a lot of spots in Rocky Mountain National Park, and said there are endless places to check out within 45 minutes to an hour of Longmont. However, he does recommend mapping it out first.

Obviously once you add kids into the mix, keeping everyone happy is another major factor.

“Try to be creative with how you get them out there basically. Plan a stop along the way, like if you drive out to Rocky Mountain National Park, plan to stop in Lyons and get them a treat on the way up or plan to stop there for dinner on the way back down,” Perez said. “Just something that would make them happy.”

Correction: Matt Burditt's name was misspelled in the original posting of this story.