Funding through the Payroll Support Program in the CARES Act has kept hundreds of thousands of airline workers employed and covered under their health-care plans during the coronavirus pandemic. (USAF)
Jul 6, 2020 1:00 PM By: Colorado News Connection 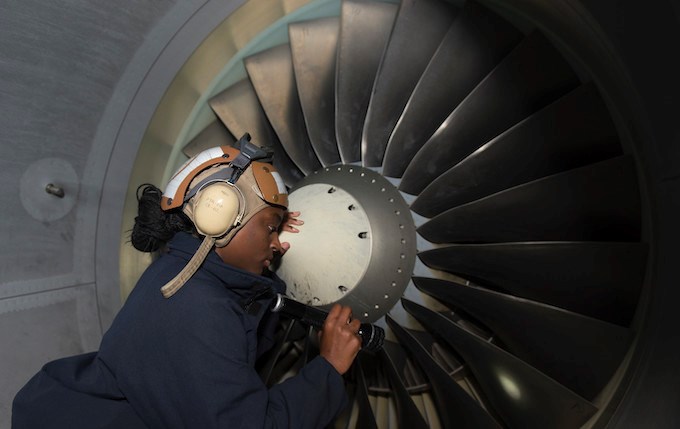 DENVER -- America's pilots, machinists, flight attendants and other unionized, airline industry workers are calling on Congress to extend emergency relief designed to keep airline employees on the payroll with benefits.

Dan Mauer, director of government affairs for Communications Workers of America, says the Payroll Support Program in the CARES Act is essential for keeping the nation's airline industry viable, during and after the pandemic.

He points out if credentialed and experienced workers are laid off, airlines can't hire just anyone to take their place.

"From the ground service agents to the flight attendants and the pilots, if you don't have those people who are trained -- who have the proper background, who have gone through all the checks that they need -- you're not going to be able to fly a plane safely," he stresses.

Some lawmakers opposed to government intervention in the marketplace are reluctant to advance new aid packages.

Mauer says if hundreds of thousands of airline workers are laid off, the economic hit at major hubs, including Denver International Airport, would be felt throughout Colorado, and would put additional stress on the state's unemployment and other safety-net programs.

He also says government intervention is the right thing to do, at this moment, to protect an industry integral to the nation's economy.

"The reality is the free market isn't built to deal with a global pandemic," he points out. "Airlines cannot function profitably with only being a third or a half full."

The Payroll Support Program is set to expire on Sept. 30. Aviation labor leaders are asking Congress to extend the program at least through March 2021.