Capitol Letters: The City, the State, and the Fed 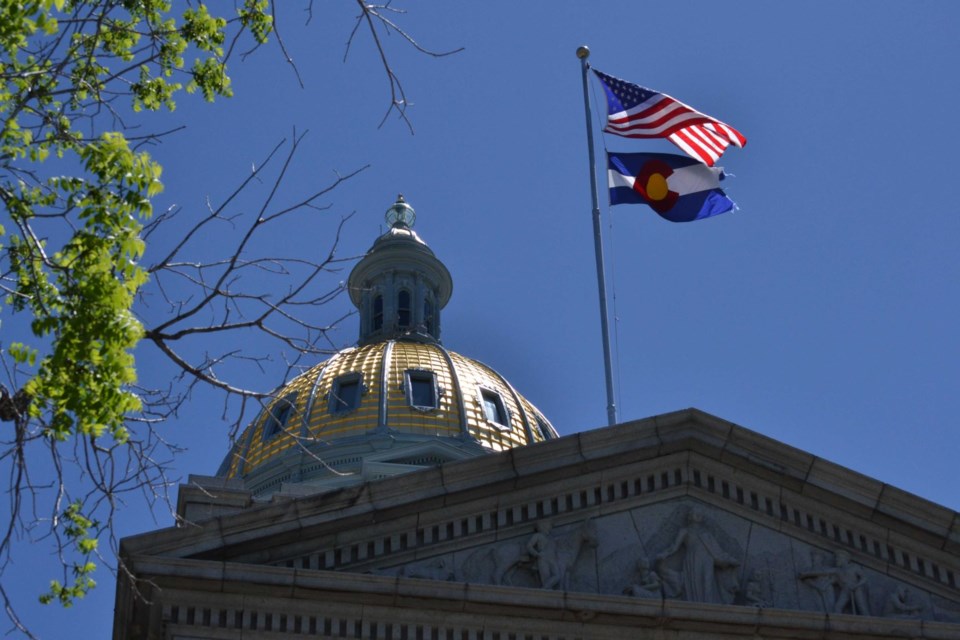 After last week, just reporting on doings at the Capitol in Denver seems wrong. Sensationalism in Washington has reached a fever pitch. Coloradans are mounting recall campaigns with the election less than six months old. So it seems like a good time to talk about ethics and the separation of powers.

Separation of powers is the warp that holds the fabric of American government together. It's not just dividing the Executive, Legislative and Judicial branches of government, but assigning different jobs to Municipalities and States. Each level of government has its own purview. The closer to the people the governing body, the more direct impact it exerts on our lives. But each level is empowered by the consent of the governed, and each is, or ought to be, bound by a code of ethics.

The Tenth Amendment to the US Constitution reads, "The powers not delegated to the United States by the Constitution, nor prohibited by it to the States, are reserved to the States respectively, or to the people." Since many of the activities essential to modern life had not been invented when the Constitution was framed, this has been a source of much debate over the years. With the Kabuki Theater being played out in Washington, the importance of States Rights (and Home Rule) has taken on new meaning for me. Who will safeguard the rights of the people? Cities and states.

The long-awaited Mueller Report dropped last week. It has set up an ethical dilemma for the Democrats. Until last week, impeachment seemed a political choice: what produces a better electoral outcome for Democrats, impeachment or restraint? But Mueller clearly considers it a duty of Congress to police the Executive Branch, by separation of powers. Will Congress choose ethics or expediency?

Does anyone even remember what the hot topic out of Washington was last week before Mueller's report? Trump planned to place South American refugees in cities like Longmont whose police don't cooperate with ICE. Ethics drive that refusal, and separtion of powers upholds it. But the president obviously thought he was threatening us. When I broached the subject with a high-ranking Longmont official, to my lasting joy, he said, "What we could do with them!" Sometimes ethics and expediency are not in conflict.

Local governments can have great impact on our lives. We are working hard to mitigate the craziness that's playing out at the Federal level. That includes protecting the people who live here, no matter how they arrive.

That's happening at the State House as well. Between now and the end of the session, just two weeks away, we'll see a spate of bills meant to shore up the Affordable Care Act and counteract what the Feds did to undermine it. It will be interesting whether some of these efforts survive application of separation of powers. Can Colorado import drugs from Canada to reduce consumer costs? Imports are regulated at the Federal level. But Senate Bill 19-005, which imports drugs, will be heard on Wednesday at the House Committee on Health and Insurance, having passed the Senate. Its House Sponsor is our own Sonya Jaquez Lewis.

A minority of voters may force a recall just... because. They can call an expensive election, distract the people's chosen leaders, and disrupt the workings of government without giving any reason at all. The US Constitution, a fine document for an experiment, sets a high bar to impeach and remove a president. But the Colorado Constitution is permissive about recalls.

Libertarian John Caldara, who hates government so much that he trashed conservative senator Jerry Sonnenberg for helping save Colorado's rural hospitals, is funding an effort to recall Governor Polis. [Sonnenberg, nevertheless, is totally on-board with the recalls, calling the current government of Colorado "evil." I guess he and John have kissed and made up.]

The recall committee may not begin to gather signatures until the Governor has held office for six months. The number of verified signatures must equal 1/4 of the total votes cast in the general election, or over 631,000 good signatures in the 60 days after their petition is approved. If they succeed Governor Polis will have to run again for his own seat.

So removing leaders from office will be a theme for our summer discourse. In the case of the presidency, there is no question now that there is wrongdoing to investigate. Whether that leads to impeachment proceedings is on the consciences of our Representatives in Washington. They must wrestle with questions of ethics and separation of powers. But Colorado's recall epidemic is something else.

Our Recall Maniacs dislike the National Popular Vote Compact, the Extreme Risk Protection Order, and the Oil and Gas Health and Safety bills. Like them or not, these laws are Constitutional, reasonable, and passed without impropriety. They won't take your job, your guns, or your vote. It's as if I were to advocate impeaching Trump because he signed the Tax Cuts and Jobs Act of 2017. I don't like that bill, but it was a proper act of an elected government.

The Colorado recalls are a temper tantrum funded by an unholy alliance of the fossil fuel extraction industry, Libertarian extremists, and white supremacists who have a problem with, um, most other people. Drop by their headquarters at 4th and Main in Longmont, and tell them what you think about that. It's just 2 blocks south of OUT Boulder County, right near Ron's Printing. And if somebody waving a clipboard accosts you at the Farmers' Market this summer, please, #ThinkBeforeYouInk. And then, do the ethical thing. #DeclineToSign.