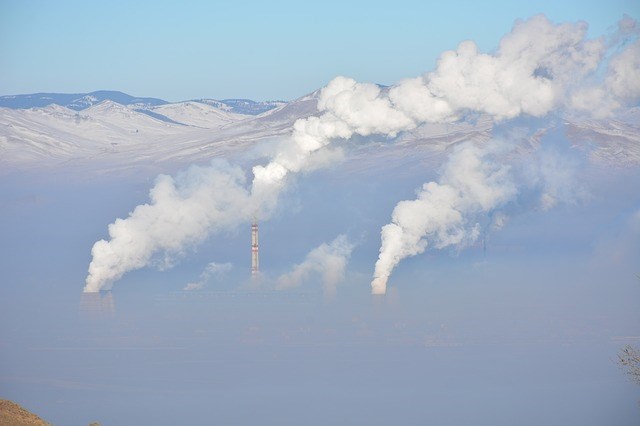 Colorado climate and energy officials on Thursday released the final version of their plan to bring the state’s planet-warming greenhouse gas emissions in line with the targets set by lawmakers in 2019.

The Colorado Greenhouse Gas Pollution Reduction Roadmap, a draft version of which was released late last year, outlines a path toward the statewide emissions goals set by House Bill 19-1261, including a 26% cut by 2025 and a 50% cut by 2030. Achieving those targets, the report says, will require rapid progress on curbing pollution across nearly every sector of Colorado’s economy, from electricity generation and transportation to lesser-known sources like industrial production, agriculture and waste management.

“This is by far the most ambitious and expansive planning document that Colorado has ever produced on climate change,” said Gov. Jared Polis, who was joined by state lawmakers and members of his cabinet to announce the roadmap’s release.

State modeling projects that on its current path, Colorado is on track to achieve only about half of the 2025 and 2030 emissions reductions required by HB-1261. The roadmap lists nearly three dozen “near-term actions” for lawmakers and regulatory agencies to pursue in order to close the gap.

“In order to reach our goals, we need to build on the progress already achieved, with new laws, policies, standards, investments, innovation and partnerships across the entire economy,” Polis said.

Under the scenario envisioned by the roadmap, the majority of the 2030 emissions cuts would be achieved by accelerating the transition to wind and solar power in the electricity generation sector and by minimizing direct emissions — i.e., methane leaks — from oil and gas operations. State officials anticipate that progress in other sectors, like transportation and buildings, will be slower, but the roadmap calls for a range of new investments and incentives for electric vehicles and clean-heating technologies.

With more than 18 months having elapsed since HB-1261’s passage, the roadmap’s finalization comes amid tensions within Colorado climate policymaking circles over the bill’s implementation. Environmental groups challenged — and even sued — the Polis administration over its failure to propose comprehensive greenhouse gas regulations last year, and many were underwhelmed by the release of the draft roadmap in September, arguing it lacked concrete commitments to new legislation or regulations and other key details.

State Sen. Faith Winter, a Democrat from Thornton and a lead sponsor of HB-1261 in the legislature in 2019, joined Polis at Thursday’s virtual press conference and praised the final version of the roadmap for addressing some of those concerns.

“We’ve been working diligently since the first draft was submitted, asking that there was more specifics, more timelines, more measurable goals, and that we included equity,” Winter said. “And what’s being released today is a significant step forward in achieving all of those goals.”

‘Climate equity framework’ in the works

In a joint statement on the roadmap’s release, however, a coalition of activists from Colorado’s “frontline” communities — areas that are disproportionately impacted by fossil-fuel-related pollution and home to high percentages of low-income people and people of color — reiterated calls more more aggressive action.

“It has been almost two years since HB19-1261 passed, and our communities have yet to see tangible action to rein in toxic air pollution or climate crisis-causing emissions,” the activists’ statement read. “Our state needs to start moving rulemakings and policy now to make sure pollution in frontline communities is reduced and that our state’s climate goals are met.”

“The greenhouse gas roadmap must ensure that communities of color who have been disproportionately impacted by harmful pollution and climate change are first in line for clean air protections,” Shaina Oliver, a field organizer with environmental group Moms Clean Air Force, said in a statement. “Gov. Polis must fully listen and learn from Indigenous, Black and Brown people’s experience with pollution in order to protect the health of Colorado’s most impacted communities.”

Alongside the roadmap, state officials are developing a “climate equity framework” to help ensure clean-energy policies benefit disproportionately-impacted communities. A draft version of the plan is expected to be released next month.

Colorado’s Air Quality Control Commission is expected to undertake as many as four major rulemakings relating to greenhouse gas emissions this year, including adopting new regulations on transportation and oil and gas emissions. Lynn Granger, executive director of the American Petroleum Institute’s Colorado chapter, said in a statement that the organization “looks forward to reviewing the finalized draft of the state’s roadmap.”

“We share in the state’s goals, and have been a committed stakeholder throughout the ongoing greenhouse gas reduction efforts,” Granger said. “We will continue this important partnership as we look to upcoming rulemakings and regulatory processes.”

With the 2021 legislative session looming, Winter and other lawmakers also pledged to begin working to “codify” many of the emissions-reducing measures outlined in the roadmap — including ensuring that climate targets factor into a potential deal on transportation funding.

“Lots of great work behind us, lots of great work ahead,” said State Sen. Chris Hansen, a Democrat from Denver, during the announcement. “And we’ll continue to work hard in the legislature doing our part to bring this to reality.”