Rep. Doug Lamborn, a Republican who represents the Colorado Springs area, wrote a letter to President-elect Joe Biden asking him to reverse the decision. Lamborn said the decision amounted to arbitrarily shuffling SPACECOM around like a “political trophy.”
Jan 13, 2021 2:42 PM By: Jacob Fischler, Colorado Newsline 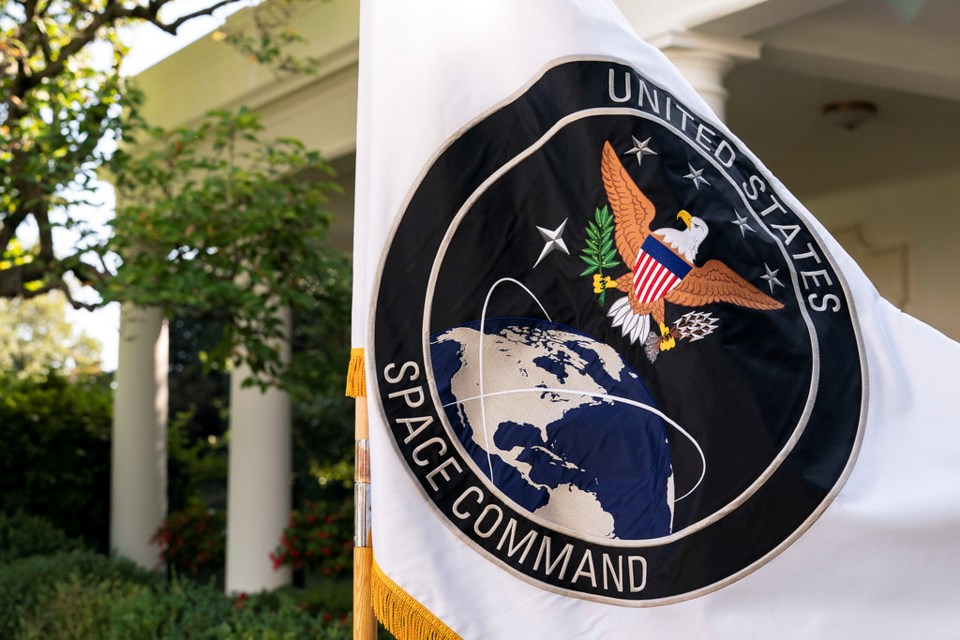 "The Establishment of the U.S. Space Command" by The White HouseCC PDM 1.0

The U.S. Air Force has selected Huntsville, Ala., as the permanent headquarters for the U.S. Space Command, passing over the command’s existing base in Colorado Springs, the Air Force said Wednesday.

“Reports that the in-depth military process found Colorado Springs to be the best location for military readiness and cost and recommended Colorado to the President only to be overruled for politically motivated reasons are deeply concerning,” they said in a joint statement.

Rep. Doug Lamborn, a Republican who represents the Colorado Springs area, wrote a letter to President-elect Joe Biden asking him to reverse the decision. Lamborn said the decision amounted to arbitrarily shuffling SPACECOM around like a “political trophy.”

“This last-minute decision, based entirely on political expediency, will devastate our space capabilities,” he wrote.

Lamborn has been among Trump’s staunchest allies in Congress. He was among the House Republicans who on Jan. 6 voted, hours after the insurrection, to object to Electoral College results from Arizona and Pennsylvania, states Biden won. He also joined the lawsuit brought by Texas at the U.S. Supreme Court that sought to eliminate election results in four battleground states that voted for Biden.

“I call on you to use your authority immediately upon taking office as our nation’s commander-in-chief to reverse this foolish and hastily made decision,” Lamborn wrote in his letter to Biden.

Peterson Air Force Base housed a previous version of Space Command from 1985 to 2002. The Air Force has overseen military space operations from the site since.

The Air Force began a selection process for a permanent home for the Space Command, a combatant command overseeing the new Space Force military branch, last year, and selected Peterson as one of six finalists in November.

The Air Force said it selected Huntsville’s Redstone Arsenal because of its ability to support the command’s mission, its infrastructure and the cost to the Department of Defense.

“Huntsville compared favorably across more of these factors than any other community, providing a large, qualified workforce, quality schools, superior infrastructure capacity, and low initial and recurring costs,” the Air Force release said.

The Air Force says Huntsville is the “preferred site” for Space Command but not final until a favorable environmental impact analysis is complete. The analysis is estimated to be completed in spring 2023. Asked about a report that Trump overruled Air Force Secretary Barbara Barrett for political reasons, Air Force spokeswoman Sarah Fiocco said, “That doesn’t seem like an accurate depiction of what happened” and that Barrett made the decision.

The siting decision will likely have major economic impacts on both the Huntsville and Colorado Springs areas.

Peterson drives billions of dollars in economic activity in the area. The defense industry accounts for 1 in 12 jobs in Colorado, with about half of those concentrated in El Paso County, which is home to Peterson, according to a state report in 2018.

The Department of Defense spent more than $2.1 billion on contracts in El Paso County in 2016 alone. Defense jobs and veterans account for 40% of El Paso County’s economy.

Peterson will remain the provisional headquarters until the permanent site “is ready to support the mission,” the Air Force release said.