Waters' intention with the resolution is to be an expression by Longmont to the Colorado governor, the state legislature, and our representatives in Washington D.C. to support and create "common-sense gun safety legislation."
0
Sep 10, 2019 7:55 AM By: Longmont Observer 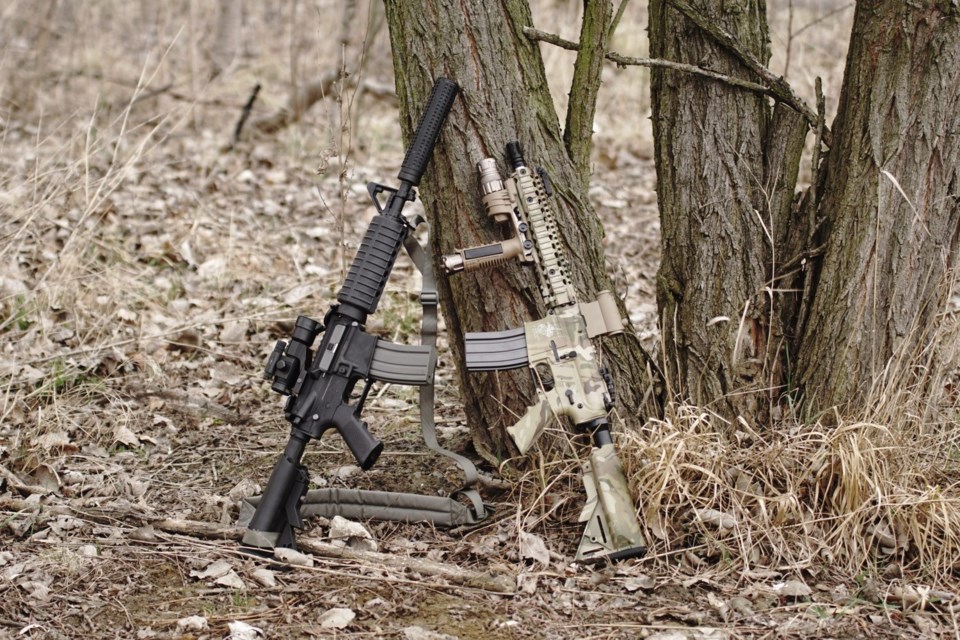 Photo by Specna Arms on Unsplash

A gun-rights group organized on Facebook called Rally For Our Rights appeared to address Longmont’s City Council study session last Tuesday, September 3rd,  to express their dislike of a proposed resolution being made by Council Member Tim Waters. The proposed document can be seen here:

Waters' intention with the resolution is to be an expression by Longmont to the Colorado governor, the state legislature, and our representatives in Washington D.C. to support and create "common-sense gun safety legislation."

The Longmont City Council voted 5-2 (with Mayor Brian Bagley and City Council Member Bonnie Finely against) to move forward with debate and voting on the resolution in the September 10th Regular City Council Session.

The guns right group that spoke at Public Invited To Be Heard, (the portion of city council meetings where anyone can get up in front of the City Council and express their thoughts about any subject for up to 3 minutes) talked in favor of gun rights and against Mr. Waters' gun resolution.

The Longmont Observer was later contacted by several members of the audience who suggested that some participants of the meeting were "discreetly open carrying handguns" while others reported being concerned that some were "wearing fanny packs sometimes used by holders of concealed carry permits as a low key way to transport their weapons." Those sources wished to remain anonymous.

While Colorado allows for the open carry of guns in some situations, the Longmont Civic Center, where City Council meets, does not allow open carry inside the building and has posted signs at all entrances stating that policy.

While these audience members believe that they could identify other audience members carrying concealed weapons, no identification of any particular individual was made to the Longmont Observer.

To learn more about how the audience addressed the issue with city council we have made a list of the speakers, both pro and con, and created a link to their three minute Public Invited to Be Heard speech.

The list of 25 speakers addressing the gun resolution are as follows:

(note: the names are spelled phonetically)

Nicholas Harris (did not give address*)

Lance Tovey (did not give address*)

Kobe Ferro (did not give address*)

Jafar Patoma (no city given)

Gregory Morrisey (did not give address*)

Lance Cayko (did not give address*)

Micky Burns (did not give address*)

Bill Gibson (did not give address*)

Avery Pitcaren (did not give address*)

Nathan Lee (did not give address*)

Derek Johnston (did not give address*)

Antonia Cover (did not give address*)

The complete (approximately 90 minutes) of comments from public invited to be heard can be seen here:

*All members of the public who speak to the council are supposed to provide full name and street address. We removed specific addresses when given and noted when no address was given at all with an asterisk.

UPDATE: Confrontations in Denver as protests over George Floyd death continue
May 30, 2020 7:36 AM

Conflict Resolution During COVID-19 Online Training
May 23, 2020 10:26 AM
Comments
We welcome your feedback and encourage you to share your thoughts. We ask that you be respectful of others and their points of view, refrain from personal attacks and stay on topic. To learn about our commenting policies and how we moderate, please read our Community Guidelines.