The second public hearing of the Intelligence Committee of the U.S. House of Representatives impeachment inquiry into President Donald Trump will begin at 7 a.m. Mountain Time on November 15, 2019.
Nov 15, 2019 6:30 AM By: Shakeel Dalal - Longmont Observer 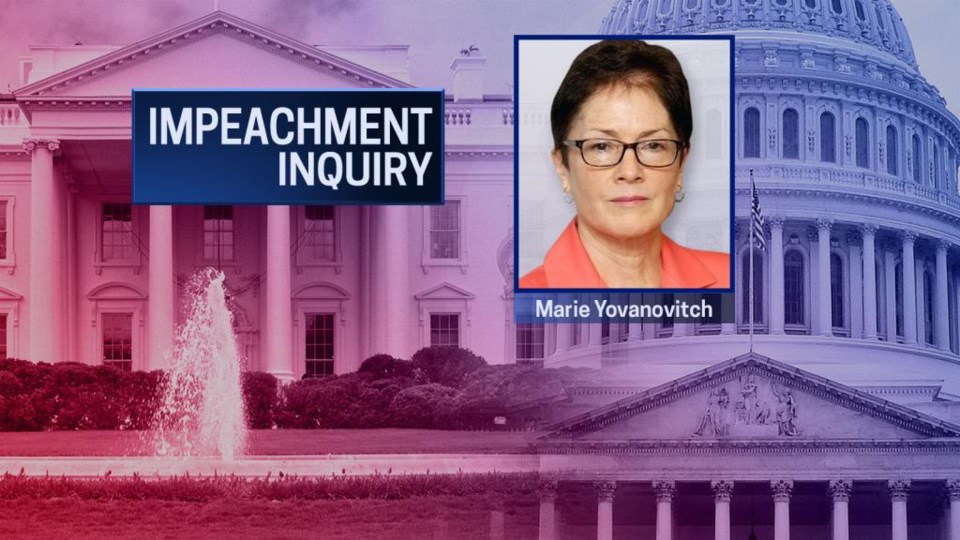 The second public hearing of the Intelligence Committee of the U.S. House of Representatives impeachment inquiry into President Donald Trump will begin at 7 a.m. Mountain Time on November 15, 2019. The inquiry has been convened to determine whether or not President Trump attempted to use taxpayer money to bribe or extort the government of Ukraine into interfering in the 2020 presidential election.

This hearing's witness will be Marie Yovanovitch, who until recently served as the Ambassador to Ukraine appointed by President Donald Trump. Yovanovitch was recalled from her post after being the target of a smear campaign allegedly coordinated by the personal attorney of President Trump, Rudy Giuliani. According to testimony by George Kent on the first day of the inquiry, Yovanovitch resisted efforts by President Trump to bribe or extort the Ukrainian government in interfering in the 2020 presidential election.

The Longmont Observer is providing this live stream of the hearing as a way to provide residents with an unbiased source for residents to learn about what is taking place in the hearings. The stream is provided by C-Span, which will provide no commentary or political spin. Residents will have the opportunity to hear the facts and judge them for themselves.