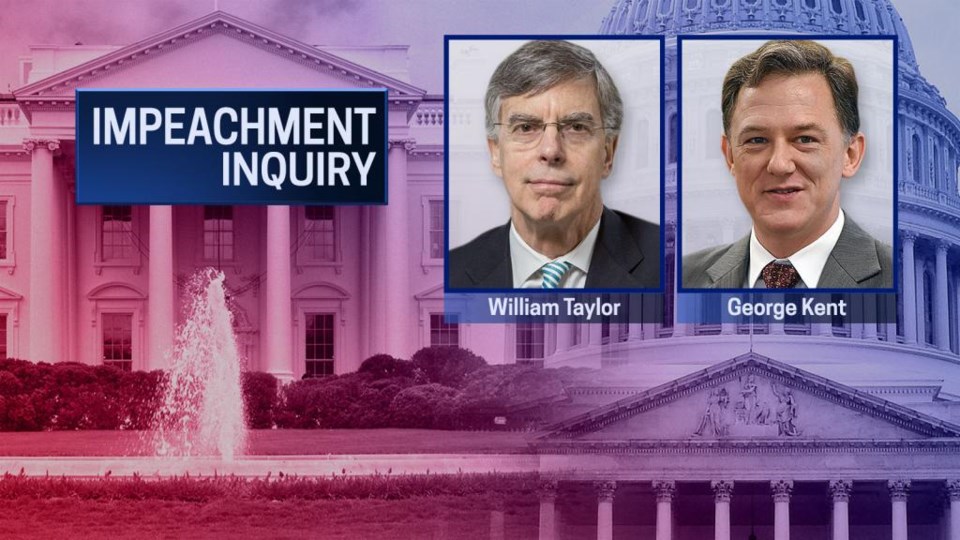 The first public hearing of the U.S. House of Representatives impeachment inquiry into President Donald Trump will begin at 8 a.m. Mountain Time on November 13th, 2019. The inquiry has been convened to determine whether or not President Trump attempted to use taxpayer money to bribe or extort the government of Ukraine into interfering in the 2020 presidential election.

The hearing will take place in front of the House Intelligence Committee.

The Longmont Observer is providing this live stream of the hearing as a way to provide residents with an unbiased source for residents to learn about what is taking place in the hearings. The stream is provided by C-Span, which will provide no commentary or political spin. Residents will have the opportunity to hear the facts and judge them for themselves.

Two witnesses are scheduled to testify at the inquiry. The first is William Taylor, who served named chargé d'affaires for Ukraine by President Donald Trump. In the absence of an ambassador to Ukraine, the chargé d'affaires is the most senior diplomat. Taylor alleges that President Trump attempted to pressure the government of Ukraine into providing aid to the President in the upcoming 2020 election. Prior to serving in the Trump administration, Taylor served as Ambassador to Ukraine under presidents George W. Bush and Barack Obama. He was a Commander in the U.S. Army and earned a Bronze Star in Vietnam.

The second witness scheduled to testify is George Kent. Kent is the Deputy Assistant Secretary of State for European and Eurasian Affairs, whose responsibilities in American foreign policy included advising the President and the Secretary of State on all matters related to Europe, including Ukraine. Kent has alleged that Rudy Giuliani, the personal attorney of President Donald Trump, became improperly involved in American diplomacy. Kent claims that Giuliani orchestrated the firing of the former Ambassador to Ukraine, Marie Yovanovitch, because Yovanovitch would not participate in the scheme to extort the government of Ukraine into helping President Trump in the 2020 election. Kent has worked in American foreign policy as part of the State Department since 1992.