Cybersecurity might not be fun and games, but it makes for exciting competition for St. Vrain students 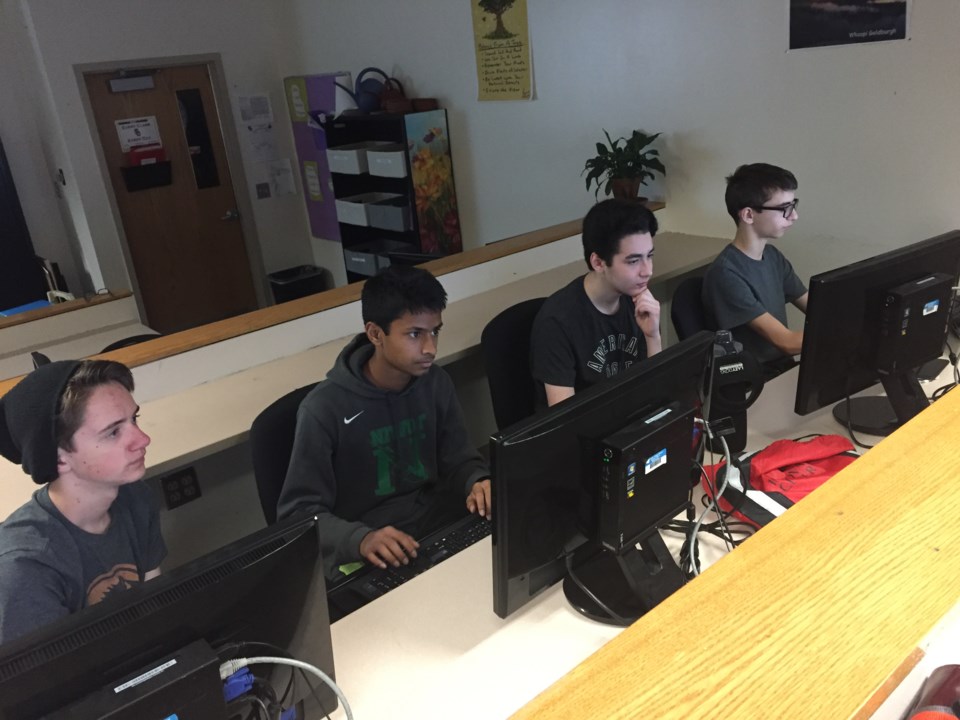 Cybersecurity might sound like the realm of corporate, government and military officials, but St. Vrain Valley School District is proving it is the domain of students, too.

Student interest has led to nine St. Vrain teams competing in this year’s CyberPatriot competition, with two ranking in the top 20% in the third round on Jan. 22.

CyberPatriot is a national youth cyber education program created by the Air Force Association “to inspire K-12 students toward careers in cybersecurity or other science, technology, engineering, and mathematics (STEM) disciplines critical to our nation's future. At the core of the program is the National Youth Cyber Defense Competition, the nation's largest cyber defense competition that puts high school and middle school students in charge of securing virtual networks,” SVVSD stated in a news release.

Each round of the competition lasts six hours in which students are given the task of securing a computer or network against basic vulnerabilities.

“One of our main goals is to provide students with real-life, authentic learning experiences,” said Elizabeth Cerrone, instructional cybersecurity and technology manager for the SVVSD Innovation Center. “CyberPatriot gives us that in a fun, competitive environment where students gain practical skills in systems administration.”

Cybersecurity jobs are among the fastest-growing career areas nationally, according to the U.S. Bureau of Labor Statistics, which predicts cybersecurity jobs will grow 31% through 2029, over seven times faster than the national average job growth of 4%.

Adithya Bhaskara,  a Silver Creek High School junior and five-year CyperPatriot competitor, was part of a six-member team that participated in the competition’s third round. He plans to pursue a computer science degree at a university and possibly a master’s degree to follow.

“It’s a huge puzzle that you get to spend six hours trying to solve and the satisfaction of getting a perfect score,” he said.

Bhaskara’s team ranked the highest of all the SVVSD teams and among the top 30% in the nation in the platinum tier — the highest ranking for the competition. Final results from the competition were still being tallied but when Bhaskara checked for this story, his team had ranked 273rd out of 2,587 teams. That ranking could change after the final tally, he said.

“We got a few of the points but there are certainly things we can improve on and we are looking to improve on for the next year,” Bhaskara said.

The CyberPatriot team from Erie High School also competed at the platinum level and ranked 848th.

Bhaskara’s team has been together for the past five years and has a mentor, Dan Massey, professor of technology cybersecurity and policy at the University of Colorado Boulder. That mentorship, along with the diverse knowledge of each member is what makes the Silver Creek team successful, Cerrone said.

“I think that’s the key, experience, knowing what to expect and figuring out what you don’t do as well and really work on that in the off-season,” she said.

Although the CyberPatriot competition season was shortened, Bhaskara said he feels his team did well considering the limits imposed by the coronavirus pandemic. The short timeline kept his team from having individual practices with its mentor as often as members would have liked.

“My hopes for next year are to have more practices and do better than what we have done this past year,” Bhaskara said.

The program has since grown to include courses at the Innovation Center, Silver Creek and Mead high schools, and several middle schools. Additional courses are being added to the Innovation Center, some of which will include a certification option for students, according to the district news release. Additionally, a P-TECH cybersecurity program, which will allow students to earn an associate’s degree  at no cost, will launch next school year at Silver Creek.

Chambers host Superindent Haddad to highlight how SVVSD is helping students gain edge on life after high school
Mar 5, 2021 11:00 AM