Friday night lights will return this fall after all

St.Vrain Valley School District’s high schools will be bringing football and cheer and dance back for fall with practices starting Sept. 24 and games starting Oct. 8
Sep 17, 2020 6:30 PM By: Julie Baxter 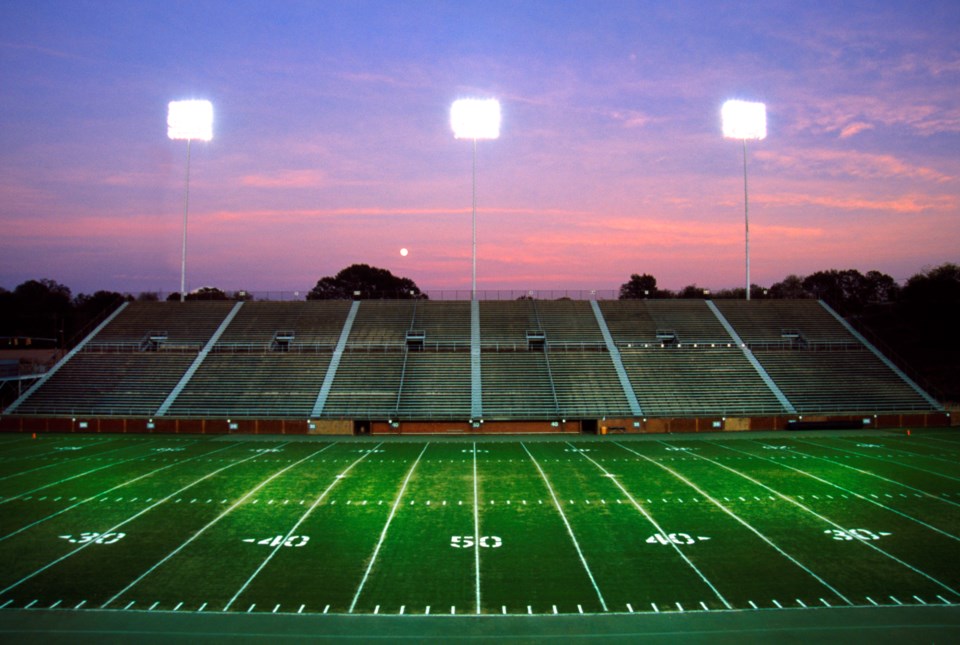 The Colorado High School Activities Association Board of Directors on Wednesday approved variances from the Governor's COVID Response Team that allow schools to play football and field hockey and bring spirit squads back to the sidelines.

The decision is a reversal of one made just a week ago when the CHSAA board opted not to not reconsider adjustments to the 2020-21 sports calendar approved on Aug. 4. That adjusted calendar broke high school sports into four seasons — A, B, C and D — and moved football to the spring in season C. Schools can still opt to stick to that schedule, but St.Vrain Valley School District’s high schools will be bringing football and cheer and dance back for fall with practices starting Sept. 24 and games starting Oct. 8, according to CHSAA.

Registration for football, cheer and dance at St. Vrain high schools opened Thursday and is being conducted via school websites. An email to families announcing the revival of the fall season was slated to be sent Thursday afternoon, according to Kerri McDermid, the district’s chief communications officer. School-specific registration details were being shared by coaches and athletic directors, she said via email.

The football season will be shortened to six games, Chase McBride, St. Vrain executive director of Athletics, Activities, Fine Arts, PE and Health, said via email. Eight teams will make the playoffs, and those schools that don’t advance will have the chance to play a seventh game the week after their sixth, McBride said.

The district is finalizing safety precautions with Boulder County Public Health, but McDermid said the health department will require masks be worn by everyone, including athletes.

Football teams will be limited to 50 players per roster for a maximum of 100 on a field, according to McBride.

Other safety precautions, according to McBride, will include:

The state’s COVID-19 guidance for organized sports also will be observed, McDermid said.

Spirit roster size limits will be based on CHSAA classification maximums, Bert Borgmann

CHSAA assistant commissioner, said in an email. “Spirit participants must perform off the field of play, and must be at least 25 feet away from participants and spectators at all times,” according to his email.

Football teams must play four of the six regular-season games to be eligible for the playoffs, according to CHSAA. Playoffs will feature an eight-team bracket determined by the CHSAA Seeding Index, which is based on the ratings percentage index, or RPI; MaxPreps and Packard rankings, and the CHSAANow coaches poll, according to CHSAA.

The first round of the playoffs is slated to be Nov. 21, with semi-finals on Nov. 28 and championship games on Dec. 5.

If possible, leagues will be kept intact if 50% of a league is playing in a given season, according to CHSAA, but leagues could be redrawn as needed to allow for six games.

CHSAA Commissioner Rhonda Blanford-Green in the email sent Wednesday, said, "I would like to thank the CHSAA Board of Directors and the CHSAA staff for their commitment to reconsidering the options once the variances were provided to the CHSAA office. I would also like to thank our membership, who has been in this whirlwind as we sought a resolution. We look forward to continuing to work collaboratively with the governor's office to obtain variances for wrestling, swimming and other sports in Seasons B, C and D."

The approval to bring the football, field hockey and spirit seasons back to the fall is conditional, he said, and if a “community falls out of compliance and enters the Level 3” of the state’s Safer at Home guidelines, it could be rescinded. Level 3 refers to the state’s new dial framework announced Tuesday that includes five levels to guide counties’ response to the pandemic.

Quick reference for helping parents track positive COVID-19 cases in SVVSD
Oct 23, 2020 11:00 AM
Comments
We welcome your feedback and encourage you to share your thoughts. We ask that you be respectful of others and their points of view, refrain from personal attacks and stay on topic. To learn about our commenting policies and how we moderate, please read our Community Guidelines.