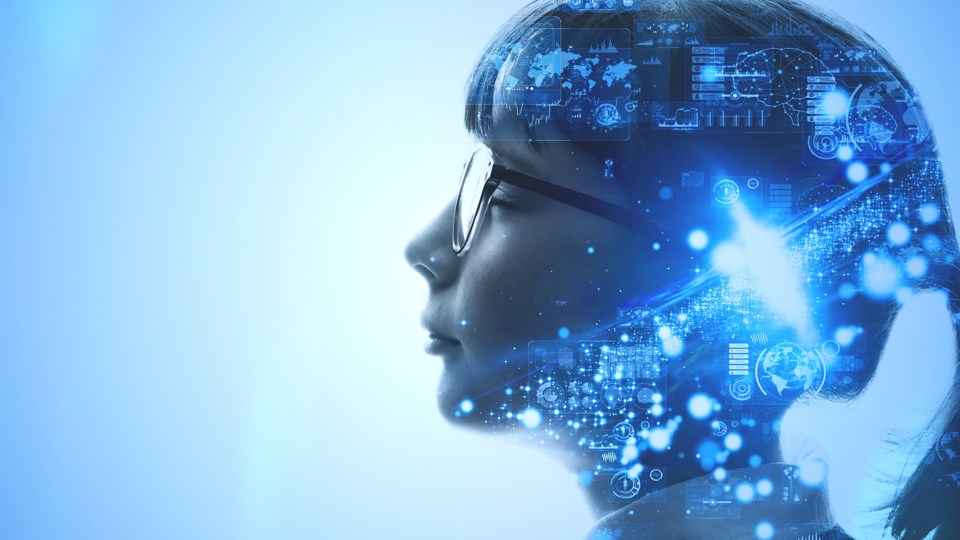 Skyline High School was recognized this month by the College Board with the 2020 AP Computer Science Female Diversity Award.

The award recognizes schools that are closing the gender gap and expanding young women's access to computer science coursework, according to the website. Skyline was honored for having half or more of its female students taking the Advanced Placement Computer Science Principles course score a three or higher in a scale of one to five, said Principal Heidi Ringer.

A total of 1,119 schools were recognized for their work toward equal gender representation during the 2019-2020 school year, 831 out of which received the award in AP Computer Science Principles. Skyline was among 19 schools in Colorado to receive an award.

Skyline began offering this particular AP course three years ago, when it was introduced nationwide, but has provided another AP computer science course for the past 10 years, Ringer said.

The year before, female representation for students taking the course was only three out of 18, Ringer said. “We definitely have been growing the program,” she said.

The growth comes after years of pushing for programs to represent the demographics of the Skyline community, she said.

“It’s something we've focused on for many years … representation of demographics in terms of minority populations, the free and reduced (lunch) population and the female population in STEM (science, technology, engineering and math fields), P-TECH and computer science,” Ringer said.

In spite of gains made by women to enter STEM occupations, they continue to be underrepresented, according to a story published last month by the U.S. Census Bureau.

While women represent 48% of the U.S. workforce, they only add up to 27% of STEM workers, according to the Census Bureau. The representation of women in the field has significantly increased in social science, math and life and physical science occupations, but lags in computer science and engineering.

The school has worked to remove barriers that have kept underrepresented students from accessing the field of computer science, she said. Any high school student is able to take an AP course without prerequisites.

The P-TECH program at Skyline focusing on computer science also has made this area a priority for the school, Ringer said, adding that efforts throughout the district and across grade levels also support the larger vision for diversifying the field.

“The school district has been incredibly supportive for putting computer science principles and ideas into lower grades. Students are now becoming way more open to these ideas than before, doing coding in elementary, robotics in middle school,” she said, adding educators also make a difference in making the field more inclusive and accessible to students.

“It's about picking people who genuinely build relationships with all kinds of students, want all to be successful and remove barriers,” she said. “Before, students had to take all of the math classes and do programming before taking computer science, now teachers see (and share) a broad range of aspects to computer science, around creativity and innovation, which opens it to a broad range rather than the traditional pool of students.”

At Skyline, one such person opening minds to computer science is Sean Beal, the teacher of AP principles course.

For him, innovation is what really drives technology “and innovation thrives when people of all genders, cultures, and backgrounds are innovators,” he said.

“Being able to encourage more young women in computer science now, will lead to more women in the workforce later, driving that innovation in ways that we can't fully imagine yet,” Beal said. “It's a great idea to know that I've been a small part of that.”

Skyline will continue to broaden offerings and support to students in the STEM and computer science fields and Ringer hopes this award will be the first of many, she said.

“Now is a good time to open this up to all students,” Ringer said. “We’ll continue to innovate and hopefully win this award again and show our push for equality in these fields.”